Home » »Unlabelled » Tau Commander Limit- Good For The Game, Bad For The Edition

Tau Commander Limit- Good For The Game, Bad For The Edition

Tau are on their way. The Fifth Sphere of expansion has started. However, it will be noticeably lacking a command presence. By that of course I am referring to the new 1 Commander per detachment limitation in the Tau Codex.


Tau Commander Limit- Good For The Game, Bad For The Edition

By: Sepulchre Of Heroes 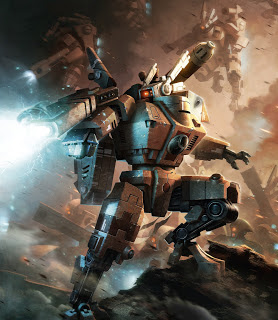 I understand WHY something had to be done about Commanders. Spamming them was-
1- Not fun for your opponent
2- Slightly unfluffy
3- Slightly OP and likely to improve with a Codex over an Index

I am not going to advocate that NOTHING should have been done. Just that the solution GW came up with was the wrong one in my opinion. It was a lazy fix at best, and one that damages the core concept of 8th edition at worst. Furthermore, it didn't really address the underlying problems that lead to commander spam. 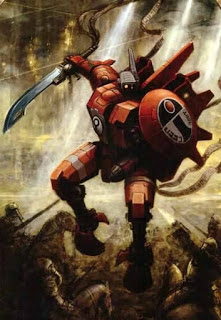 First of all, no other army really has a cap like this. The only limit of 1 per Detachment I can think of is the Solitaire for Harlequins. To be fair though, its kinda in the name... I mean 2 Solitaires just doesn't make a lick of sense. Futhermore, Harlequins are at their core an Ally army. They are designed with that in mind. Even Custodes have more unit choices that Harlequins, and will only get even more as FW is added to their range. Harlequins though have little room for growth and shall for ever remain as an optional add on for most players.

Sign Up HERE For Our Weekly Newsletter Released Every Friday With Hobby News And Curated Content From Around The Internet
Some out there have pointed to things like Astra Militarum Command Squads and their "One per officer" rule. One per something else is not the same as just ONE. In a single Battalion, for 630 pts-ish I can get
-3 Tempestus Scions
-3 Scion command squads with 4 plasma guns
-3 Units of Conscripts.
So in 2000 points, I could spam that, have 12 CP, and still have 100+ points to spare. WITH 9 COMMAND SQUADS. And not that bad of an army. So as I said, not the same.

So this is the only instance of this type of limit to exist thus far in this form. BUT the following things are kosher
-5 Grey Knight Grand Masters in Dreadknights
-5 Custodes Shield Captains on Jetbikes
-Magnus and Mortarion in 1 Detachment
etc. etc.

While Commanders may be more optimal (though that is debatable when it comes to Custodes Captains), the point is it is allowed.

This is where it can be considered damaging to THE EDITION. I am specific on that. Because where as Commander Spam may be bad for the game, THIS EDITION is built on the fundamental principle of "Build the Army YOU WANT. However you want it, build it. Here are the Detachments to do so, with their own unique advantages and disadvantages. But essentially do what you want.
Except field multiple Tau Commanders in a detachment.

It goes against what GW was trying to do I feel and is inconsistent with their design philosophy to date. I had hopes that we, as a playerbase, would finally see one whole release with one design philophy in place. Now I am skeptical of that happening (and its possible that this already marks a breaking point). 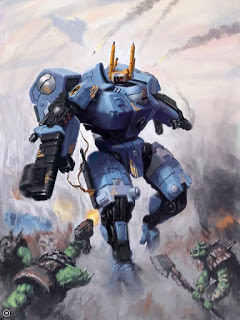 I also begins to recreate the animosity at the end of 7th Edition. Formations and Decurion style detachments had created "Haves vs Have-Nots" with the armies. Some armies had everything on the silver platter. Others had garbage. Now you have a new Tau player looking at these other armies with Supreme Command detachments spamming characters saying "Why can't I do that?"

To thoses who says "It's not fluffy," well niether is 5 GK Grandmasters in Nemesis Dreadknights. And beyond that IT IS FLUFFY. I mean look at the Farsight Enclaves and the Eight. Seems like 8 commander level dudes all together has precendence. More than numerous other Detachments that are allowed (looks back at Magnus and Mortarion playing together).

There is also another side to this. What people hated was 1 or 2 supreme command dets of JUST Tau Commanders. A Brigade with 2 Commanders in it is not that unreasonable is it? No. It seem pretty legitimate IMO. But  No one was running Commander Spam because of the synergistic effects of numerous commanders. There was no "stacking" buff from them. Rather they spammed them because they were super efficient points wise for what they did. This is where the crux of the problem was.

So what could GW have done to fix the problem instead? Well here are a few ideas
1- Increase the points on the commander! Easiest and most legitimate. A 15 to 30 point increase on it wouldn't neccessarily make it hard to fit into a battalion or brigade (especially with how cheap Fire Warriors are) BUT multiply that by 5 in a Supreme Command det... and well you have A LOT more points added to the list.

2- Make the "OP" Weapons on the commander cost more. Several other armies have different point costs based on stats. SM Characters spend more for Thunderhammers, Powerfists and Lightning Claws. Imperial Guard with 3+ BS spend more on plasma guns. It just makes sense and is in line with the rest of the books in 40k. 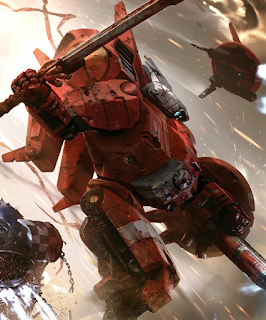 BUT REALLY there were bigger problems that LEAD to commander spam being a thing. Commander spam was just a SYMPTOM of 2 larger issues IMO, and there are some fixes for those too...

3- Make the supreme command detachment less broken. I don't think getting rid of it is the right move like some people say, but it REALLY should be 0 or -1 CP., maybe even -2 CP. +1 CP is just too much a bonus when spamming numerous HQs is ALREADY a pretty great bonus. Its definitely something people would have to consider before taking it.

4- Address Character Targeting. It is still broken IMO. A few changes need to happen. First of all they should be targetable if there is no other unit within 6" of them. The point of the rule is they are hiding in a crowd. If they aren't near said crowd... well how are they blending in? Secondly if the closest target is out of LoS, but the character ISN'T then they should be targetable. Lastly, Characters should have to share a unit type with what they are hiding in. Infantry, Monster, Vehicle, Bike, Cavalry, etc. etc. If you have a character walking next to a tank, and the unit shooting only has lasguns... you'd best believe they would likely shoot the thing they have a chance of killing. To sum up, WHILE SOMETHING needed to be done to stop the abuse of commander spam, GW I believe went the wrong way with it AND is acting in interest of the meta rather than the health of the edition as a whole, and really just took the easiest way out, addressing the symptom rather than the problem.


(*Disclaimer* we by no means own any of this content as it is owned by it’s credited authors, our goal is to only showcase the content through our platform for wargamers to enjoy and learn)