The Alpha Legion Lore So Far


The Alpha Legion Lore So Far
By: My Warhammer Blog (Apart Of Talk Wargaming Network)
Link To Website: https://mywarhammer.blog/ 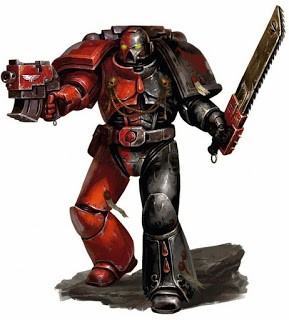 As there were ongoing discussions on Twitter regarding Alpha Legion lore and if they will get Primaris Marines in the future, I felt the urge to write down my thoughts about the matter. To go on to this, we first have to check the current official Black Library Lore about the Alpha Legion.

The basis of the Alpha Legion Fluff is the Book „Legion“ from the Horus Heresy series. „Legion“ describes that the Alpha Legion is turning against the Emperor to destroy Chaos and to fulfil the plan of the Emperor of humankind ultimately. There are other stories which give a general insight into the Alpha Legion and their tactics, but the most important one, in my opinion, is the Novel „Praetorian of Dorn“.
In the mentioned Novel we get that Rogal Dorn killed Alpharius and that Omegon had to lead and operate as Alpharius. (In later stories, we get the information that Roboute Gulliman killed Omegon, but as this is not as clearly confirmed as the death of Alpharius, we leave this out of context right now.) Another essential information we obtain during different stories is that Horus does not trust the Alpha Legion as well and that they always have their schemes which they were following.
As we do the transition from the Horus Heresy to the 40k universe, we have to take into account additional information. As the story „The Geld“ describes there are corrupted Alpha Legion Warbands, this is again confirmed in „Sons of the Hydra.“ However, the same Book confirms that there are Alpha Legion warbands which are untainted by Chaos as well and the book „Shroud of Night confirms this narrative“ to even the point where an Alpha Legion Warband fights the corruption actively.

Another important fact which we have to take into account is the infiltration of the Imperium by the Alpha Legion. The short story „we are one“ describes how the Alpha Legion was actively building the reputation of an unknowing Inquisitor by granting him small victories over themselves to finally replace him with an Alpha Legion Operative.

As for last part of the puzzle, we will have to look into the Primaris lore, Roboute Gulliman and Bellisarius Cawl. The most important source of information is the book „Dark Imperium“ where Belisarius asks Gulliman if he can rebuild the nine Traitor Legions as Primaris and that especially the XX Legion (Alpha Legion) would be one of the most compatible Legions for the Primaris Transformation. Roboute denies this wish of Belisarius but expresses later that he does not trust if Belisarius will follow his order.
So taking this information from the official books and boiling it down to its quintessence what do we get from it?
1. The Alpha Legion is Tainted as well as not tainted, depending on the single Warband.
2. Alpharius is dead, but Omegon could be alive
2. The Alpha Legion is shattered and has no central organisation
3. the Alpha Legion has infiltrated even the holy inquisition
4. the Alpha Legion could be improved with the Primaris Geneseed
5. It could be Belisarius Cawl who creates Alpha Legion Primaris
Now taking this information, there is the possibility that the Alpha Legion could get Primaris Marines, but only on a small scale as it would purely depend on the Warband.
Now before anyone gets overexcited about Alpha Legion Primaris we have to consider the last and most important factor, what will GW do?
Here we can purely speculate, but in my humble opinion, they will not give us official rules for Alpha Legion Primaris as it would take the Alpha Legion out of the Chaos Range partially and bring the need to create a whole new Codex for a quite small amount of players, which seems not very economically.

Sign up HERE to receive our weekly curated news and hobby content sent through our newsletter every Friday!
Link To Exact Story: https://mywarhammer.blog/2019/02/26/the-alpha-legion-lore-so-far/