Home » »Unlabelled » Successor Chapters, Warlord Traits, Relics, and the Tradition of "Counts As"

Successor Chapters, Warlord Traits, Relics, and the Tradition of "Counts As"

Successor Chapters are a core tenant of playing Space Marines. They allow us, the hobbyists, to create our own unique individual forces with their own paint schemes.

Successor Chapters, Warlord Traits, Relics, and the Tradition of "Counts As"

By: Sepulchre Of Heroes (Part Of Talk Wargaming Network)

It keeps Space Marines interesting. Without them we would be stuck with only: 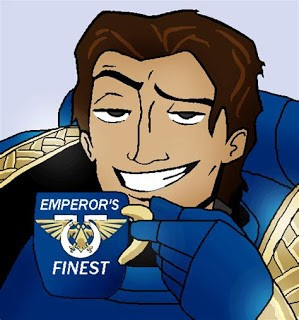 Not very exciting in both terms of character and color.

Now yes there are 3 Successor Chapters in main GW rules, that do have their own rules
-Black Templars
-Crimson Fists
-Flesh Tearers

Now when you look at the new SM FAQ or in the new BA or DA codex, you find something interesting.

Restrictions on Successor Chapter access to Warlord Traits and Relics. Say what?

The way the rules are written, the only was to access things for Ultramarines is to ACTUALLY play Ultramarines. Same for any other founding chapter. 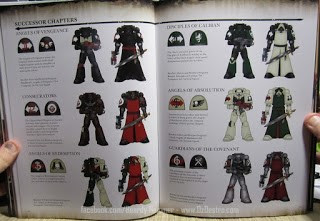 EG- Dark Angels have NO RULES for ANY SUCCESSOR. So lets say you want to play as the Angels of Absolution. They are essentially DA, just bone colored instead of green. But the DA codex relics specifically state the relics are ONLY for DA with the exception of 1 blade.

Why? What difference does it make on the rules? None! IT IS JUST A PAINT SCHEME!!!!!

It is a concept that has LOOOOOOOOOOOOOOOONG existed in 40k: "Counts As". When the difference is merely what color you painted your marines, what is the problem? There is no current rules existing saying things HAVE TO be painted in any particular manner, so why base other rules on this condition?

And besides, are you really going to tell me those Praetors of Orpheus are different than Ultramarines? Or those Angels Encarmine or Angels Sanguine aren't near IDENTICAL to Blood Angels? No. You aren't. Because they are soooooooo close you might as well treat them the same, less GW release TOO many rules with TOO much details and little minute changes. They even practically have the SAME NAME. BLOOD, SANGUINE, ANGELS!
Heck, successors should be able to use CHARACTER PROFILES since they have none of their own.

Things that don't have rules "borrow" the rules of something that does to closely approximate their own characters. Don't have a chapter master? Use the rules of your parent chapter. Chances are they are similar, or at least they fit the theme and feel of your force and its rules given they share a common chapter tactic!

I get that Black Templars and Crimson Fists don't have access to Imperial Fists. It makes sense? BUT ONLY BECAUSE THEY HAVE THEIR OWN RULES. That is the difference. They have been fleshed out. If you are playing them, then yeah, it stands to reason you can't use the parent chapter. They can't use yours after all.

This is where GW is getting it WRONG. And if their intent wasn't to make it as their rules suggest, and to prohibit only successors WITH RULES, they need to clarify it.
The FAQ and codices should say something like "Successor chapters may use parent chapter characters, relics and warlord traits provided they have no unique chapter tactic, characters, relics or warlord traits of their own. IE if you play a successor chapter that has a unique character in your list from that successor chapter, you may not access parent chapter Warlord Traits or Relics unless otherwise noted. Note, characters used in such way are representative of similarly armed individuals with similar abilities and efforts should be taken to make the model representative of your chosen successor chapter in appearance"

A little wordy but not too hard to say or comprehend IMO.

For FW Characters, I think they should be a little more flexible for now, maybe add "You may use X-chapter chapter tactics, warlord traits and relics provided your list does not contain other characters from X-chapter" or something like that, just because it is unlikely they will get fully fleshed out chapters any time soon.

You may be sitting there saying "Why is this even a discussion? I wouldn't prevent someone playing the Sons of Guilliman or their own homebrew chapter from using Ultramarine stuff."

Problem is THERE ARE PEOPLE DOING JUST THAT. AND THAT IS WHAT INFURIATES ME. Even if GW is being pathetically dumb about it, we don't have to be. There has been counts as forever, and with the new keywords, it should be just as easy to do counts as now.

I have an even bigger problem with people saying they would allow it in a friendly game but not in a tournament. Really? At least the guy who is against full time has a leg in the rules to stand on, even if they are being obtuse about it. But to only allow it or ban it when it suits you strikes me as purely ruling for your own advantage. If you are afraid someone can beat you because of a warlord trait and your only method of preventing them from using it is saying "Your paint scheme isn't correct, so you can't use that. Nana-nana-boo-boo," then you should be looking at your own list and playing ability over your opponent's. 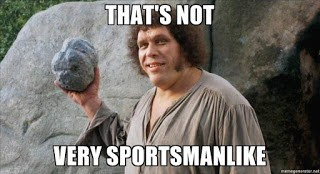 It's poor sportsmanship. But people can and will be pedantic about it so long as the rules are written in the way they currently are.

Please, don't be one of those people. Celebrate an individuals creativity and let them play successors or homebrews without rules as their parent chapter.

So long as at the beginning they are clear what chapter theirs represents, and they are not using 1 scheme to represent 2 different chapters, it won't have ANY EFFECT WHATSOEVER on your ability to play the game. So let them enjoy their hobby.