Whether you are interested in starting a new force, or are trying to maximize your entertainment with a current one, it is a good idea to take a look at your preferred playstyle and see how you can integrate models and tactics into your games that will bring you the most fun. 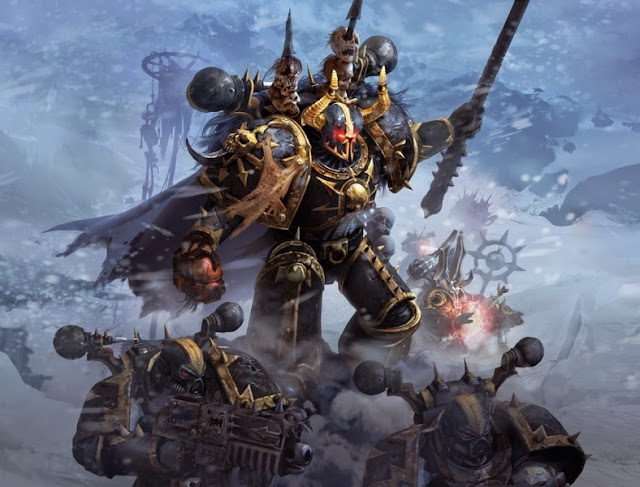 Whether you are interested in starting a new force, or are trying to maximize your entertainment with a current one, it is a good idea to take a look at your preferred playstyle and see how you can integrate models and tactics into your games that will bring you the most fun.

Whether you are winning or losing most of your games, if you are doing things you find boring or frustrating during the course of your game, you will get less enjoyment out of the hobby overall.
For example, a player who hates to see her models die will be sad when her gaunts fall in droves, or a player who loves the idea of close combat might not find himself satisfied with playing Tau, regardless of his success.

Below we will check out the different features that compose armies in the game of Warhammer 40,000 to help you figure out what you want to do in your games and how to select armies and models that help you realize that on the battlefield.

Major Traits of "Typical"(Maybe Not) Armies

Generally speaking, there are six main features to consider for any given unit or army, and various strengths and weaknesses can be wrapped up into one of these categories.

This is simply a list of the way I like to visualize things, but when I am considering a unit’s utility or an army’s potential strengths, I observe the following 6 bins: Durability, Numbers, Mobility, Firepower, Combat Ability, and Psychic Power. 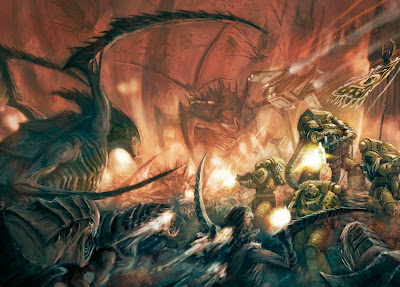 Durability is a generic way to think about just how hard a unit is to kill. This factors in things like toughness, armor save, armor value of vehicle facings, Feel No Pain, and wounds, as well as leadership value to see how likely things are to melt under pressure.

Some players don’t mind going the Joseph Stalin route where a few of their eggs get broken in the making of their gaming omelet, but others would prefer to watch enemy fire bounce harmlessly off of a heavy tank’s plates.

If you like the idea of your heroes taking the best your opponent can throw at them, laughing, and continuing to fight on, durable units and factions might be what you’re looking for.

Numbers is the way of figuring out how large, expansive, or numerous your forces can be, or conversely how small and elite of a force you want.

The points cost of certain units means you can field more or less of them and maximum unit size dictates how much you can swell your ranks to make a suitable army.

Some players salivate at the idea of a small band of mighty warriors overcoming the odds, while others prefer to marshal vast legions of models to crush their foes.

Mobility can be defined as how maneuverable your force is. The ability to deep strike, outflank, or scout means your forces can come in from various places and be where you want them, when you want them there.

Other methods for increasing mobility involve using , Weapons that are Assault, Rapid Fire, or Salvo can be fired on the move, while Heavy usually require stationary forces.

Players who find being stuck or slow frustrating might accordingly value mobility, as do players who want to run circles around their opponents, forever just out of reach. 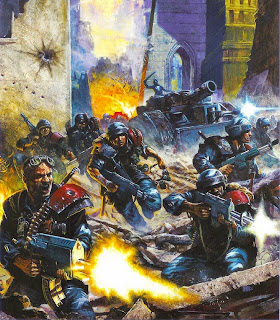 Firepower is the way I like to think about shooting ability.

Number of shots, strength of fire, range of fire, armor penetration values, presence of templates, and ballistic skill all factor in to how well a unit or army is able to blast their enemies away.

Perhaps you value hitting enemies while they can’t hit you back, or hitting things so hard they wither before you.

Massive explosions, screaming rockets, laser beams and machine guns can get anyone’s blood pumping and the way in which you want to shoot, and how much shooting you want to do, should certainly factor into your decisions in a game as shooting oriented as some games.

Combat Ability is the other side of firepower’s coin – how much and how well do you want to batter your opponent’s forces with your teeth/claws/hands/swords/what-have-you?

There are many flavors; do you like the idea of smashing your enemies hard enough to obliterate them, or would you rather throw buckets of dice in melee and give them a death of 1,000 cuts?

Do you want to be able to strike first and kill them before they can hit back?

Do heroic duels excite you?

Would you rather avoid close quarters entirely and prefer to keep to a safe distance?

The answers to these questions will help you decide how much combat ability you want and what specialties you’re interested in. 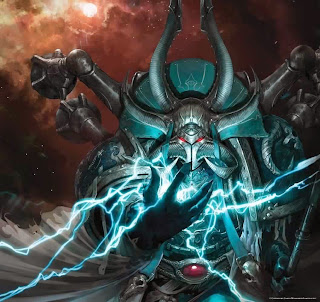 Psychic Power doesn’t apply as broadly as the other five traits, but still is important to consider from an army-wide perspective.

Things that factor in include what psychic power tables are available, the number of psykers you can field, their mastery levels, or your army’s Deny the Witch ability.

Maybe a certain power really interests you and would synergize well with the rest of your strategy, or the idea of melting minds and hurling lightning your army is up your alley.

Some forces have plentiful psychic ability and options, while other forces are completely devoid of psychic options.

Finding The Combination You Prefer

What this all comes down to is finding how do you like to play.

Often times you can find what works for you by observation and experimenting with the forces you have, but there do exist other ways to narrow down what you are interesting in doing with your toy soldiers.

One great way to learn more about what you prefer is to considerswapping armies with a friend at the local game store and playing a game with an army you wouldn’t normally field.

You might find that those impulsive and reckless charges that keep getting your Astra Miliatarum into trouble are giving you much more success with your friend’s Blood Angels, for example.

An incredibly expansive resource for identifying and refining your playstyle exists in the form of battle reports.

These can take the form of video recordings of games on Youtube, post-game write-ups on various blogs and publications, and several other forms.

By observing what other players do and seeing what you gravitate towards, you may get a better feel for how you want to proceed with your listbuilding.

Finally, though some players are less inclined to go this route, you can try proxying models.

What this entails is putting in a unit that is ‘counts-as’ something else, or using paper cutouts to represent some other model that you do not own in order to test it out.

It can be very helpful in seeing whether you like the feel and effectiveness of a unit and can help guide you in a direction to decide what to buy or build next. 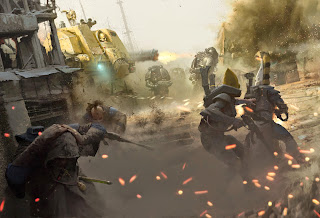 There are a great many variables involved in the composition of a specific army, and with dozens of different special rules, statlines, and points values scattered throughout any given rule set.

This means that a given army can be written a number of ways and no army is required to be built in a specific, stereotyped way.

The ‘consensus’ concepts of each army’s abilities are not set in stone, and with each new release of things as they continue to evolve. 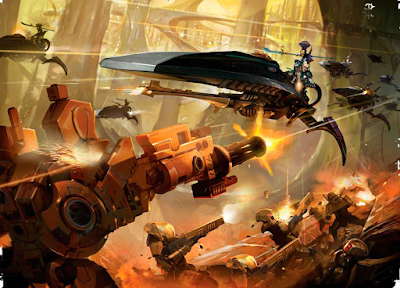 Many stereotypes also have exceptions: it is pretty well known that Dark Eldar are fragile with weak armor and low toughness, and therefore must rely on mobility, cover save, feel no pain, and night fighting tricks to stay alive.

However, a Dark Eldar list can be written in a way to maximize its durability, and the Haemonculus Covens supplement allows for a Dark Eldar force that is dramatically more resilient than the garden variety kabalite list.

In short, you often can find a way to play almost any army in the style you prefer, though some are more amenable to certain styles than others.

If you’re interested in learning more, swing by our list of Army Selection articles to see what forces and options are available and get started on figuring out how to tailor your list to your preferred playstyle!
By Talk Wargaming