With this one I've officialy run out of Bolt Action vehicles.
Finally! 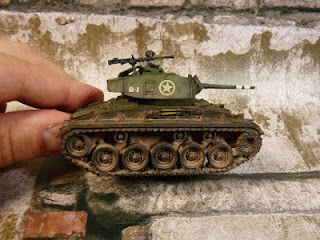 As for the model itself I've been taking pictures while working on it, so in case of getting satisfying result I could repeat it later.

The tank is Warlord Games' resin + metal piece.
Must say it's nothing spectacular but otoh I've seen much worse casts from this manufacturer. Cleaning it and assembling didn't take much time, the barrel and commander got paperclip pins for more reliable bond - it's gaming model after all.

Here's the assembled piece.
The green color ain't proper basecoat yet, I've just been spraying excess paint on it. 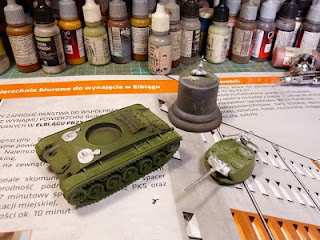 Basecoating. Actually - preshading.I got nice result using this trick on the Calliope so decided to give it a try once again. Long story short it should provide some extra shading and better contrast to the paintjob.
Color used it not black but mix of dark grey, dark brown and tank green (?) - really dark green from Vallejo Air line. Straight black would also work fine. 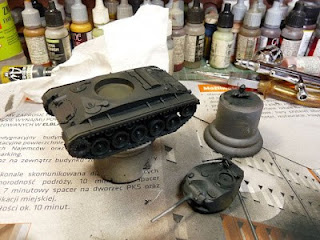 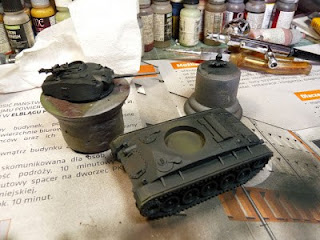 I wanted to give it bit worn look so model was painted with bright brown, which will appear from beneath chipped paint - like on the M7 Priest model. I tried to leave corners unpainted - the preshading thing.
After paint dried chipping medium was applied on the model. 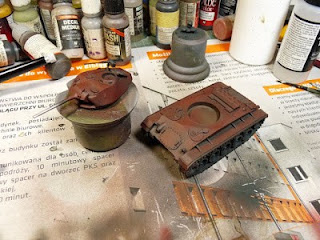 Now the tank was sprayed with some green tones. Tried to keep it bright to make the oils and washes more visible in the next stages. 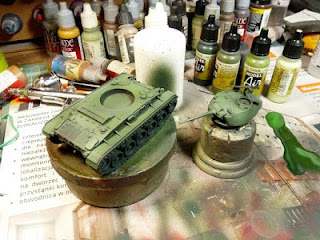 Next step: the green paint was chipped off using damp brush and some rubbing. It comes off really easily and gives nice effect - but not on the turret. Why?

Because I fu&^ing forgot to paint it with chipping medium before applying greens!!! >< 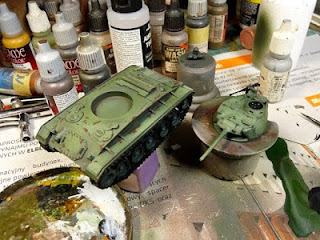 Decals. There were none in the box (sadly) but luckly I had some spares from other models.

Give decals and decal medium time to try completly before applying washes - these stickers are pretty fragile.

As for missing bits - there's no hull mounted mmg in the set (at least there was none in mine) but I had one last spare from M3A1 halftrack which saved the day. 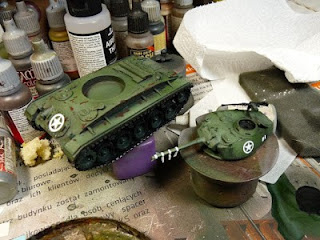 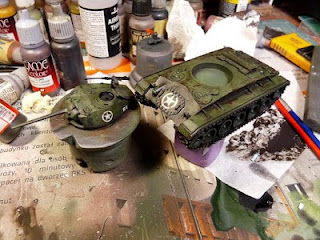 And mostly washed off with turpentine. 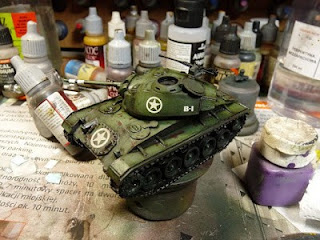 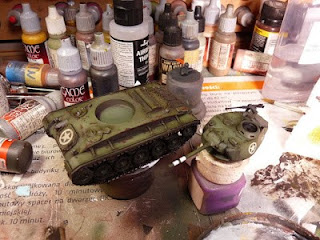 Streaks. Once again oil paint was more than useful.
Bright dots were painted all over the model... 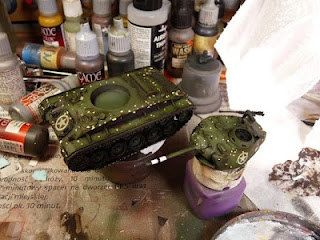 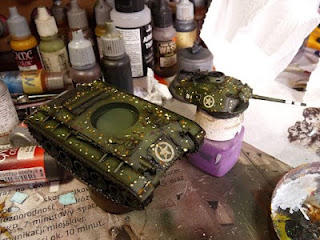 And red + dark burnt umber (no idea why I did it really, now I think model would look better without this reddish tone). 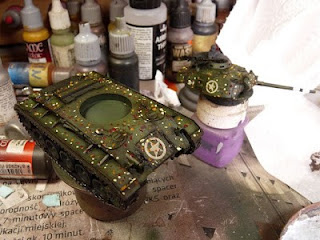 The paint was washed off with old brush and turpentine, don't rush and leave streaks on the armour. After model dried I gave it delicate yellow glaze to make colors more fresh. 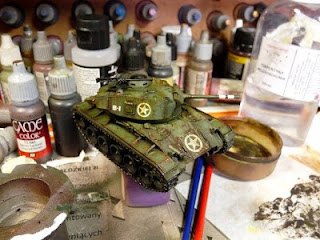 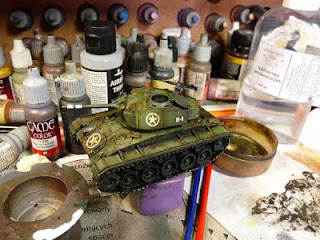 Instead of making model muddy I decided to use solid layer of pigment to get dusty look.
New thing was applying pigment binder with airbrush - which works just great for the model. 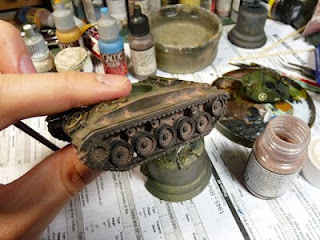 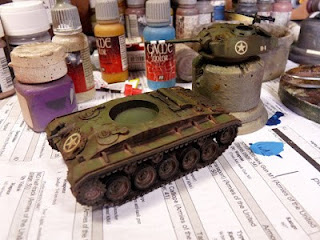 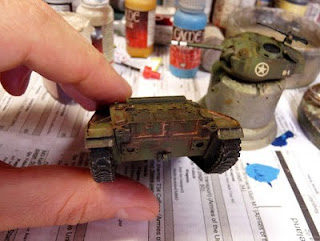 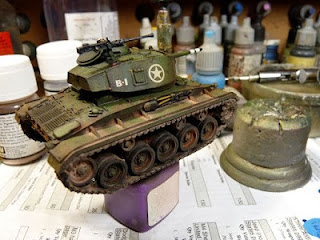 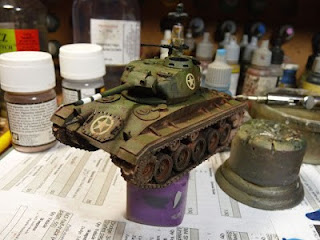 At this stage model was nearly done but since pigment binder is not varnish, model was sealed with solid layer of Revell matt, for better protection against battle damage.

Which was big mistake, because brush simply wiped off the pigment and / or smeared it on the Armour. 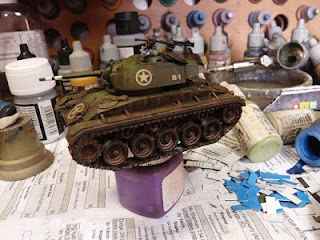 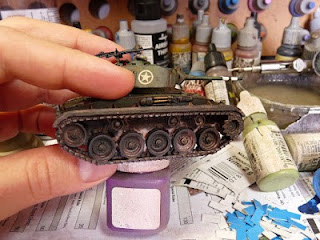 And quest for better photo background continuous: I think WIP shots over hobby desk mess are more clear than the final ones. Judge for yourself: 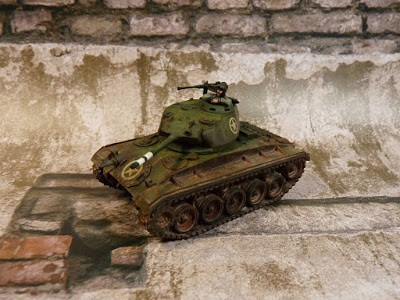 (*Disclaimer* we by no means own any of this content as it is owned by it's credited authors, our goal is to only showcase the content through our platform for wargamers to enjoy and learn)