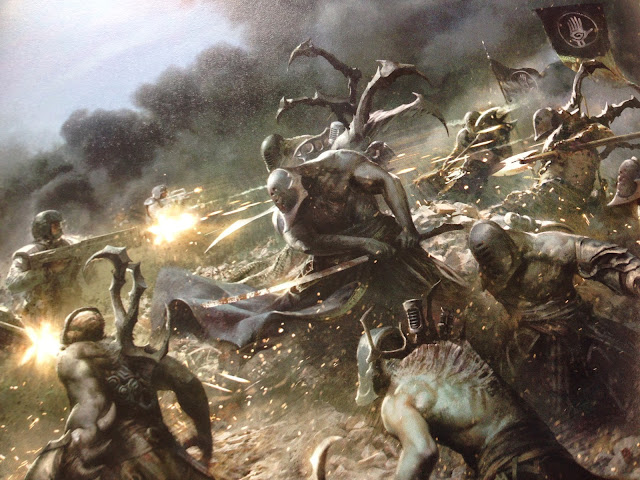 Many gaming groups and online forums consistently complain about the same things: Such and Such army is too strong, this army's codex can't compete with that one, etc. This often gets taken as fact and is simply 'the way things are', but there is a way to mitigate this without too much houseruling or points manipulation. I present to you: the Highlander Format. 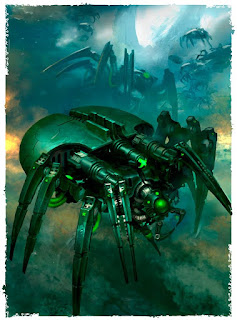 Highlander, if you aren't familiar, is an old movie where 'there can only be one', starring Sean Connery and it's worth a watch if you have never seen it. In wargaming terms, the Highlander Listbuilding strategy is essentially a format where all units in your codex are 0-1 with the exception of troops (though you can apply the format to troops as well - though some armies only have two troop types and things may get dicey that way). Many find it 'more fun' to build lists this way, and you get the opportunity to use a many units that otherwise would rarely see the table. I heard of it originally from The Independent Characters podcast (RIP). There are a number of benefits that I have found Highlander to confer to a game you play with friends, so long as both players use the format. It was originally intended for use in Warhammer 40K, but can be adapted to any other gaming system you like that suffers from army list balance or point cost disparities like Warmachine, Infinity, Kings of War, Warhammer Fantasy, or even Age of Sigmar if your opponents regularly field masses of the same unit type to gain a competitive advantage.

If for no other reason, play the highlander format because it is entertaining. Both players are restricted to choosing only one of a given thing, and so have new challenges to face on the tabletop. The Dark Eldar player with six venoms is going to have to stretch their tactical abilities by trying to make do without them. It is possible that both players can see this as a stress-free 'fun' game where the winner doesn't mater because you have placed artificial restrictions on yourselves, lightening the mood and playing more to 'see what happens' rather than win by superior listbuilding. Conversely, you can still play it competitively, but the mixing of units will still allow for more tactical diversity and generally results in a more enjoyable experience from what I have seen. More ways to play and more variety of playing experiences can prevent stagnation and boredom that comes from playing yet another rehash of the same old game ad nauseum. 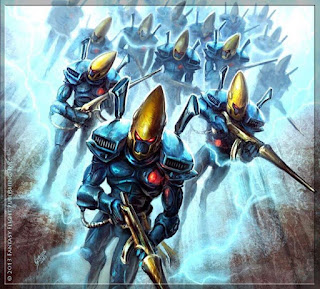 We've all seen the lists, even if we haven't played against them before. The Eldar army that's full of jetbikes, a field packed to the brim with Chameleon Skinks, Three Riptides, and the list goes on. Even if you aren't a powergamer or Win-At-All-Costs type of player, it's often pretty compelling to glance at your models and say 'sure, I would love to put my striking scorpions into my list, but I have several other options that do the same thing, only better or for less points'. As a result, we tend toward the units that 'work best', and do so at the exclusion of other models. This reduces the variety of models you can play or play against, and when playing a netlister you tend to run into much of the same; spam and repeat units. Highlander largely does away with this by limiting any repeats to troops only. When you play your friend with Tau, he'll probably still have a riptide, but only one this time and will have to fill gaps with stealth suits or something you haven't seen in a few games if at all. Being limited to only one Hive Tyrant might make a tyranid player grumpy, but it might also give him the opportunity to actually use the cool toys he bought, and give the both of you a fresh look at the game. It can reduce frustrations with spammy lists and replace them with a broader selection of targets to choose from and tactics to use, which I see as almost exclusively a positive thing. 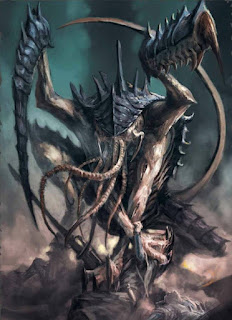 Ultimately, highlander format forces some rare units on the table. Generally seen as sub-par or even 'garbage', certain models almost never are actually fielded in anyone's army. Maybe it's a unit you bought because you liked the look or fluff, or perhaps it's a model that was useful in a previous edition, codex, or ruleset that now finds itself diminished in power or too expensive pointswise to be of any real utility in your list. With highlander, you're more likely to use it simply because you have less of a choice to fill its role with something 'better'. This serves several purposes - you will make use of the toys you bought and painted, be able to try different things on the tabletop than your usual list allows you to, you will see different enemy units than you usually do, and you will not be as severely hindered by choosing suboptimal units because your opponent will be doing so as well, leveling the playing field to some extent. These all can make for a more fun and varied experience without diminishing too much about what we love in the game competitively.

I suggest giving higlander format a try. If nothing else, it will be a novel experience, and it may just become a standard gaming format you add to your rotation when meeting up with friends to roll some dice.

Have you played Highlander before, or seen it in action on another person's table? Let me know how it went int the comments! 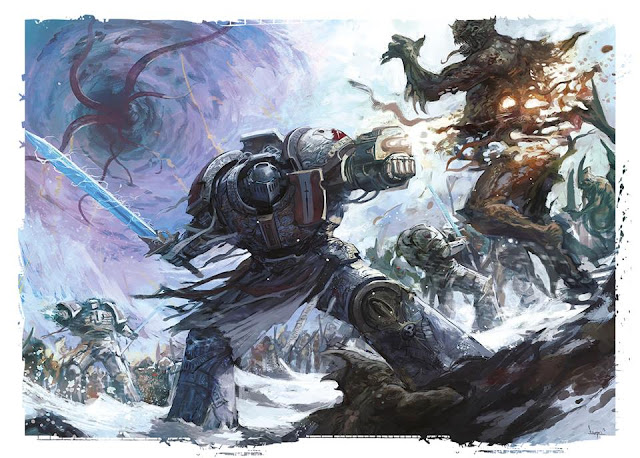