The Betrayal at Calth Extras 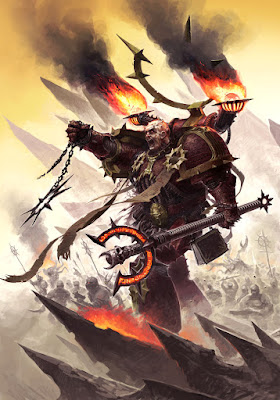 The Betrayal at Calth has just been released and you can buy it now. Horus Heresy in plastic and being advertised by GW Prime is pretty exciting!

The box set itself is a board game format, and includes the miniatures you need to play the game. These minis can also be fielded in a regular tabletop game of Horus Heresy/30K as well. The box includes models from the Ultramarines and Word Bearers:
- Captain in Terminator Armor
- 30 Legion Veterans in Power armor
- 5 Legion Terminators
- Lord in Power Armor
- Contemptor
- All the bits you need to play the board game


In case either of these aren't quite up your alley in terms of legions, or you want some more bits for one of them, there also are legion upgrade packs available from Forge World. If you would rather have your force be made up of another legion, or just want some new toys to play with, these are available here

There are also Betrayal at Calth bundles from Forge World where you get the game alongside your legion's upgrade pack. Find them here

Some of these are just gorgeous. I particularly like Word Bearers and Night Lords for the Traitors, and Blood Angels (though I may be a little biased about BA) and White Scars for the Loyalists. It's a bit pricey, but if you are looking to dive into HH and want to have a really stunning force of the bat, the Betrayal at Calth set with a legion pack is a good way to get the ball rolling on any legion you choose. The board game is supposed to be somewhat fun, and the good news is that it all is fully compatible with the regular HH miniatures game. This could be a good way to get your friends who don't currently play miniatures into Games Workshop or other minis wargames, since the board game could be used as a nice transition phase that people may be more comfortable with or used to.

What do you guys think? I'm really excited for HH to go more mainstream, and the plastic releases are a promising look at the future of the game. 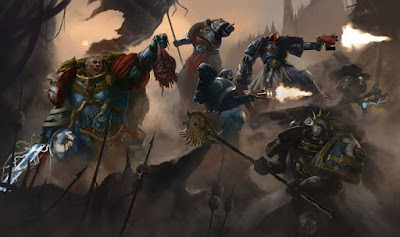