Rumors: A "Not Tomb Kings" Novel Is Coming

Good news for Tomb Kings fans and Age of Sigmar readers in general, it looks like we will be seeing another faction represented in the near future. Take a look at the screenshot from twitter below. 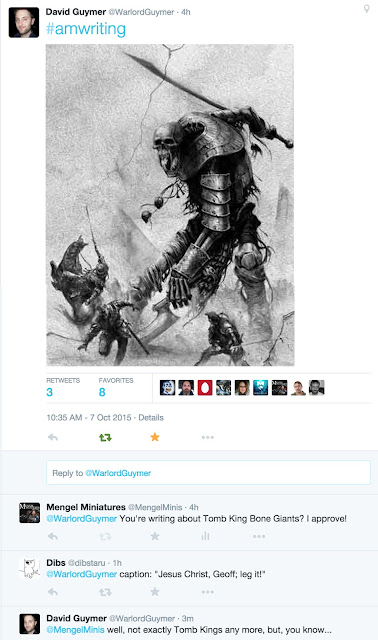 While overall I have enjoyed reading the Age of Sigmar books that have come out, there is something to be said about increasing the variety in units and factions we see. So much of the books has looked only from the Stormcast perspective, with occasional shifts to Khorne Bloodbound perspective, but largely those are the only two forces we have seen, and generally they are fighting one another. The Call of Archaon miniseries has introduced a bit of the other Chaos forces, but we have seen little to nothing of many of the other races available. Perhaps this novel will do some good work to change that.


How do you guys feel about this? I think it's a positive development in that A) they aren't going to stick with the same narrative forever over at Black Library, and B) it helps soothe some of the worries we have had about squatted factions. If they are willing to write up a Tomb King (well, 'Death' or 'Mummy', in the new Age of Sigmar sense) novel, then it's possible we will be seeing ones in the near future from other 'at risk' factions like Bretonnia, Wood Elves, or Beastmen. 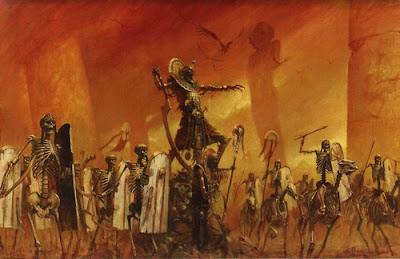