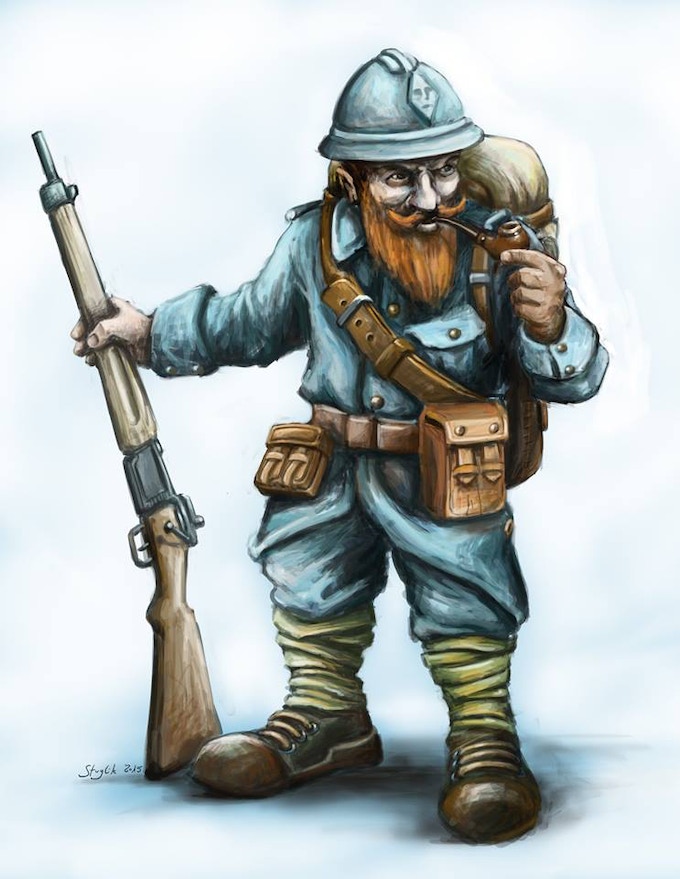 Have you ever wondered why the Fantasy genre often only ever goes as far technologically as black powder weapons before just stopping? What if we revisited a world of Dwarves, Orcs, Zombies and Gnomes a few hundred years after the ranks of armoured warriors fighting with sword and shield became obsolete? Well Hysterical Games wondered that same thing and came up with Panzerfäuste, the high fantasy game set in a world of mechanized warfare.

Panzerfäuste started life around a decade ago having been created by Wessex Games. However, Hysterical Games have picked up the torch and are hoping to breath a new lease of life into the game via Kickstarter.

The project hopes to fund a whole new range of miniatures encompassing a varied range of Fantasy races themed around 19th century armed forces. For example we have Orcs donning tin helmets more readily associated with the British Tommy and Dwarfs swapping their trademark axes for MG34s and Stielhandgranate.

There are currently 5 races being funded through the Kickstarter: Dwarfs, Gnomes, Orcs, Troglodytes and Deathless. Each with their own unique style and weaponry.

Alongside the new miniatures, the Panzerfäuste Kickstarter will also fund a set of rules to accompany them. This rule set will be split between two main game types each sharing the some core mechanics but allowing different scales of conflict. 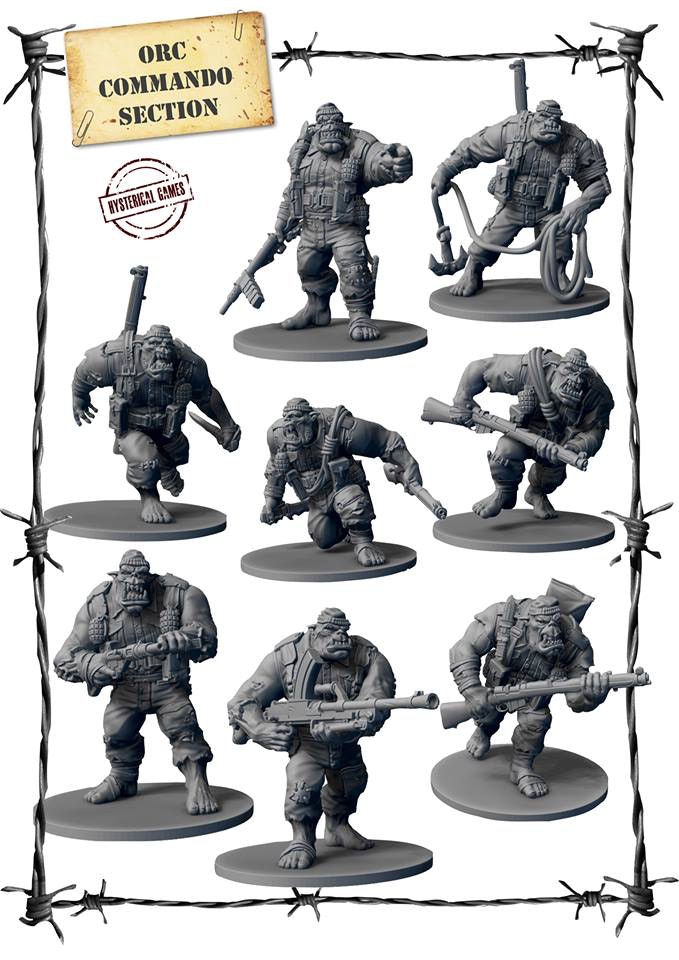 Skirmish covers the rules for battles consisting of around 10-15 models with each miniature being an
controllable entity within itself. The skirmish games makes use of an interesting system called Guts. This consists of a single number which is rolled against for movement, shooting, combat e.t.c. 2D6 are rolled for each test and providing you roll under your Guts score then you are successful with doubles counting as critical, for both success and failures. However, the Guts value can rise and fall over the course of the game. Get hit by enemy fire? Your guts will go down, score critical successes and your guts will go up. If you're Guts score drops two low then your soldier flees from the table.

Mass Battle on the other hand is more squad based and features more miniatures, the Guts system is maintained but only really for armour. This features a more standardised stat lines for squads in which D20s are used to determine successes. So no matter what your play style is, large or small scale, Panzerfäuste can serve anyone.

Panzerfäuste is currently in its final week on Kickstarter with the campaign ending Nov 8th at 7.59pm GMT. So if you want in on this excellent looking game then make sure you hurry. The campaign has currently raised nearly 5 times its intended target so you can be sure that the Kickstarter will be succesful. So to ensure that you can get your miniatures as soon as possible, and for a good discount, head on over to the Panzerfäuste Page and pledge your support.