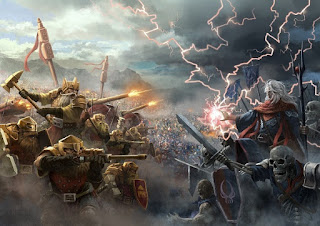 Kings Of War has surely seen a surge of popularity in recent months with both the 2nd edition of Rules being released along with Age Of Sigmar leaving a bitter taste in some Warhammer Fantasy players mouths. In response to this new wave of players Mantic have published their first full length battle report to serve as an example of how a full length, 1600pt game plays out.

The match pits Undead vs Dwarfs in the Dominate scenario, a new addition to Kings of War 2nd Edition, and is a great example of how much the tide of battle can change during a single game. Both part 1 and part 2 can be found below but beware, the full running time is nearly 2hrs of fantasy battle fun.