Tactics: How to Deal with Lords of War 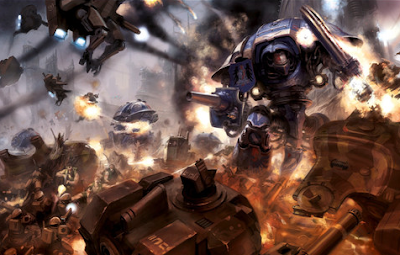 Once 40K introduced the concept of Lords of War in 'regular' games, rather than restricting them to Apocalypse or Escalation, etc, many were asking questions like “How am I supposed to deal with lords of war/super heavies in regular games? If my opponent brings something like a Brass Scorpion, it will just walk down the table killing all that draw breath. If my friend rocks up to the table with a Baneblade, is the only solid counter to just bring your own super heavy?” In this article we'll explore some options for winning the game even when faced with such a challenge. Be sure to check out our other tactics articles for more like this once we're through. 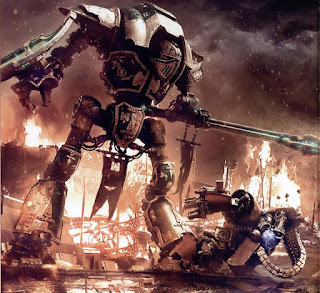 Realistically, there are a number of ways to handle the situation. You certainly can bring your own super heavy, but then you're banking on winning the knight clash that will follow. Lose that duel, and the other army will have D-weapons slapping all across the table and there will be little to nothing your force will be able to do. It will all be over pretty quick too, since your force will be smaller as a result of having dumped so many points into your own LoW. Depending on what you've brought and the particular big bad you're up against, there are probably better ways to approach that battle. Each Lord of War has their strengths and weaknesses, and while they can be super powerful, it will probably some decent luck on the controlling player's side to make it rampage the way you might
expect it to.


A decent enough standard counter is to take advantage of the huge points sink the LoW tend to be (aside from the Wraithknight, which is a rant article all on its own, but I'll save that for another day) and wiping out the rest of the enemy army around it. A player who opts to take a Lord of War is almost invariably going to use it as the focus of their army, and have the rest of the units brought take some kind of supporting role. Eliminate those softer targets, and then the LoW will be stranded alone without the help it may have expected. Additionally, without Objective Secured, you may be able to win against a Lord of War if you can simply outlast the damage it brings after you have hit the rest of his troops off the table. 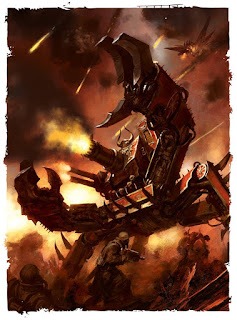 It will be easier to put the full weight of your 2000 list against his 1600 list than trying to bring down the super heavy while his army kills yours. Void shielding, massive armor and hull points, etc mean that it may well be an unstoppable force if you didn't bring the right tools and you may be better served fighting against the rest of his toys and just dancing around the LoW. Keep in mind that a lot of super heavies use blast and template weapons or do the majority of their damage in close combat. This means you can use flyers to pretty well deal with them without any return damage, so long as the enemy anti air units are dealt with before they come on the table.

Ultimately, making sure that you can take down 6 hull points reliably in a single turn is the best defense against super heavies, if your army can manage it. With my Dark Eldar, I make sure to bring haywire scourges as well as ravagers to most games so that if I face a Knight or something similar, I have the tools to kill it on my first turn if I need to. Of course, in a tournament setting you may not want to dedicate this kind of firepower to protect yourself against a Lord of War if you have the chance of drawing an infantry heavy MSU list where those tools will be relatively useless, so make sure your take all comers list can truly take all comers.

How have you managed to handle Lords of War in your local meta? 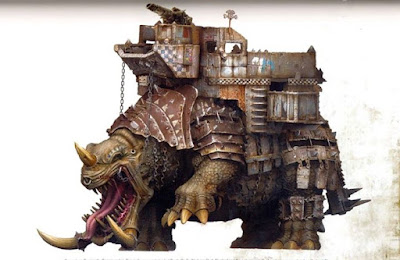