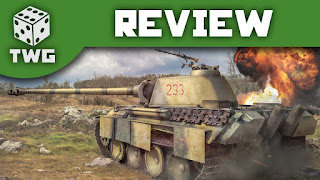 The Panther was arguably the greatest medium tank of WW2. Developed by Germans to replace the Panver IV the Panther had many new innovations. Following the battles on the Eastern Front, Germany witnessed first hand the success of the Soviets T34s and as a result the sloped frontal armour was adopted.

Produced by Rubicon Miniatures we take a look at this 1/56 scale tank. Whether your looking for a kit simply for display or to use in games of Bolt Action this kit is certainly for you. In the review we first of all focus on the components before showing you a couple of assembled miniatures as well.