Here’s the thing: if you liked Warhammer Fantasy Battles, there are a bunch of reasons that you should be thinking about Hail Caesar as its newest edition.  Here are some bullet points for you: 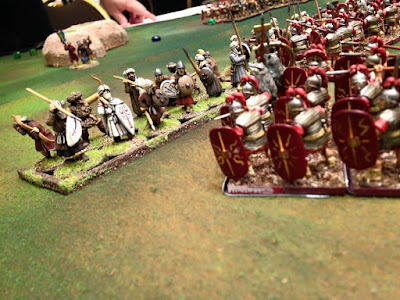 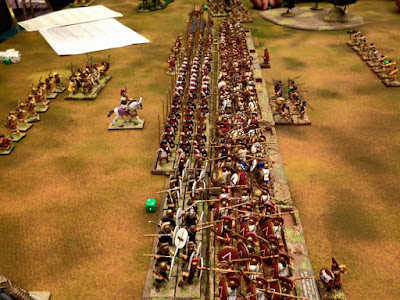 Hail Caesar is obviously one of Priestly’s projects, and when you play it, you will clearly see that it is an evolved version of the WFB rules.  All of the units will move, then shoot, then fight, and the core mechanic is not a new one – roll to hit, they roll to save, hits can modify a break test.  There are a number of things that are different, though, and these are a great improvement on the core mechanic.  More bullet points for you: 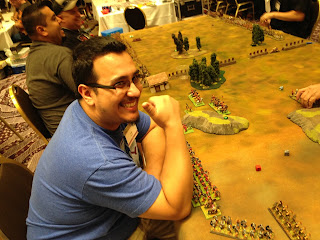 If you are like me, you are missing the relationship that you used to have with GW, with Warhammer, and with their creative output.  Age of Sigmar is a lot of things, but one thing it is not is the Warhammer that I fell in love with.  What I am telling you is that the writers and artists and modellers who made Warhammer what it was are still actively working in the hobby, but you can’t find them anywhere near GW.  The company Warlord, and the game is Hail Caesar.
By Ilan Mitchell-Smith