These rumors have been making their rounds for some times, but recently, there  has been more details added to the rumor mill. Get the latest here. 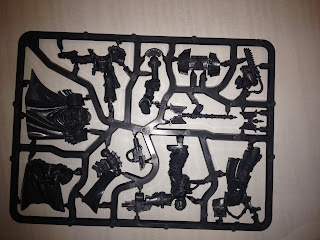 Take a look at these sprues! There is definitely something different about them... 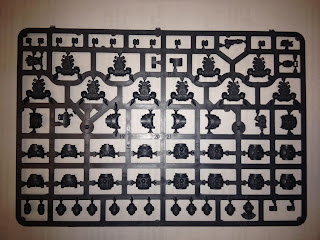 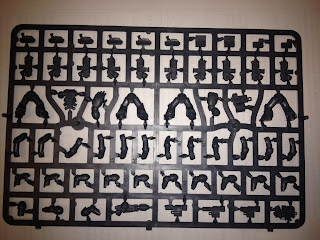 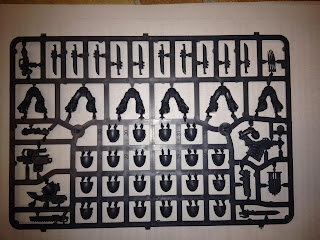 via “Mikhael” 7-15-2015Horus Heresy plastic boxed set is coming and is scheduled for November 2015via “Pathwalker” 7-15-2015Hobbit and all LotR stock will be off the shelves and direct only, they’re replacing it with A Horus heresy game, but won’t compete with 40k directly. Horus Heresy is coming for Christmas.
And let’s go back a little and refresh everyone’s memory with where we left off: Basically if you remember there was a large amount of trustworthy rumormongers saying the plastic Horus Heresy set was coming, and everyone assumed it was going to early in the year before Age of Sigmar. But right before the rumors went dark, multiple reliable sources said it would late in the year after the Age of Sigmar release window.

via Lords of War 2-16-2014Regarding scheduling of Horus Heresy PlasticsPlastic HH marks of armor in May? You’re way off!
I didn’t say it wasn’t happening. It will not be in May.
via Voices in the Trees 3-8-2015Horus Heresy Starter Set
2 sides, Identically EquippedModels are NOT legion marked.Generic Heresy-era models.– Early Heresy mark armor Astartes x20– Cataphractii Terminators x5– Contemptor Dreadnought x1– Praetor x1
Via 75Hastings69

I haven't heard anything about mark 9 armour so don't associate it with any of the above.I mean Harlequin sized as in number of kits, i.e. a few characters, a troops kit, a larger kit and a I think there's a misunderstanding here. BOTH new standalone games will have their model contents released. The first being HH, will see models released as part of the 30k range. The 2nd boxed game models will be released as part of 40k range, part that is currently only available in finecast and not deathwatch before anyone says it again.I have heard that there might be a plastic GD, plastic daemons, and plastic CSM kit for a certain god at some point later this year (and no it's not Khorne!) Thoughts on the possibility of a separate Horus Heresy game? Would you get in on this Marine vs. Marine action?
By Unknown