Editorial: The Benefits of Escalation Leagues 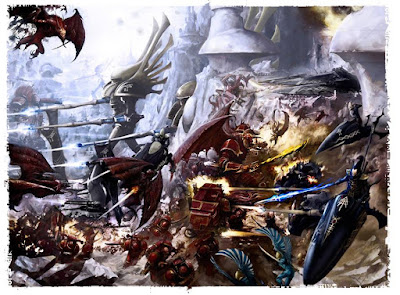 Are you looking to shake things up with your gaming group and want something new to do for the next few weeks or months? Looking to start a new army or add a small allied force to your larger collection? Thinking of bringing a few new players into your community? Escalation leagues may be one of the best tools available for you to meet any or all of these goals. 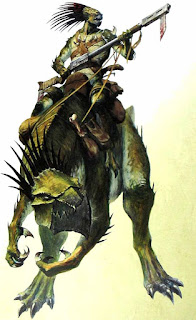 At its core, an escalation league is any gaming group that has an organized way of slowly building up to large battles, each player gradually acquiring new models to build their collection up from small forces to large ones. This can be done with nearly any gaming system, so long as there are variables in how force composition can be arranged, so anything from 40K and Age of Sigmar to Warhamchine, Infinity, or Kings of War should do quite well with an escalation league. The way many escalation leagues work involve selecting the members of the league, and preparing a timetable for the 'escalation'. Everyone you have in the group commits to prepping a small force (say, 250 points) and every three weeks the points value of the matches increases another 250. This allows you to start small, enjoy the benefits of playing smaller games, and learn your force as you add to it piecemeal. By the end of some multi-month period, all of the players have more or less a 'full sized' force and can compete in some big tournament or mega-battle to commemorate the conclusion of the escalation league. There are a ton of benefits to starting or participating in an escalation league, and if you're trying to prevent stagnation in your group, add new players to your circle, or get a group started from scratch, you could do a lot worse that organizing an escalation league event in your general area.

Many players find themselves interested in adding a new army to their shelf but might have trouble justifying it to themselves (or their significant others!) and so opt to stick with the one or two forces they already have. Perhaps I'm advocating the destruction of a few bank accounts, but I believe an escalation league can be a great way to ease into a new army or create a small allied force to go alongside the ones you might already own. I often talk about the benefits of taking up a new force and the reasons to pick any given on in my Army Selection series, and that's a great place to look if you're interested in the concept of an escalation league but don't have a force in mind just yet. Also, as Age of Sigmar starts to ramp up and people start getting into the game, what better way to play than buying a single box or putting together some relatively paltry 20-wound list? Add a hero here, a monster there, another unit next month, and before you know it, you have the Sylvaneth force you've been thinking about arrayed in front of you, and you didn't need to throw piles of money at it all in one go, but rather could spread the cost out and budget for yourself more reasonably while still being able to play games with your friends. 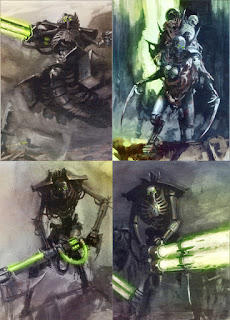 Perhaps there is a friend of yours who is interested in picking up tabletop gaming but doesn't know where to start, or you yourself have been eyeing the games at your FLGS but don't want to invest too heavily in the game just yet. It might be hard finding games when everyone at your club plays 2000 point games every weekend, and without that kind of monetary and time investment you'll seem like the odd man out. Even if you did manage to scrape together an army second hand or borrow a friend's force, the game may just be too overwhelming to learn and understand if you dive right into the deep end. Escalation leagues are one potential solution to these problems, since it allows new players to ease into a game system and learn things one at a time. Once everybody seems comfortable and ready to move up in complexity and game size, you can introduce the next phase of the escalation, alongside new missions or other things. Perhaps the first phase of your league doesn't allow wizards, psykers, or what have you, and then in a later phase those rules and models are allowed. Maybe vehicles or monsters can;t be used until the third phase, letting people come to grips with the basic mechanics before figuring out the more rules-heavy material. However you handle it is up to you, but escalation leagues are a fantastic tool for teaching new players how the game works. If you yourself are a new player to 40K, you might want to take a peek at my Army Selection series to see what forces might interest you or fit your preferred playstyle. 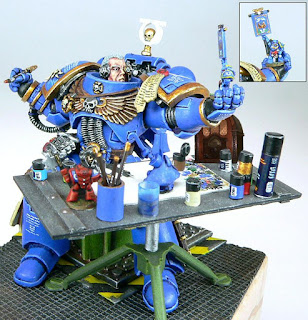 One aspect of an escalation league can often be 'presentation', in that fully assembled, painted, and well modeled forces are easier to have since you're adding just one thing at a time. If I dropped off a 1500 point Astra Militarum army at your doorstep and said 'have this painted by the tournament in three months', you might have a hard time getting motivated and perhaps wouldn't complete it at all. But if I said, paint just this one squad by the end of this month, and this tank by the end of the next', it would seem much more doable and you would be more likely to complete the task. Escalation leagues, if done with painting in mind, are a great way to help players keep up with painting progress and have great looking forces on your tables, which is almost universally a good thing. Everybody prefers playing with and against painted toy soldiers, and with the bit-by-bit additions in an escalation league, you can more realistically demand painted armies out of your players. Sometimes people may need a bit of extra motivation, and this can be done by changing some scenario rules in different stages of your league. I have heard of games including the rules Preferred Enemy: Primer or Hatred: Bare Plastic to give players who haven't been keeping up with painting a competitive disadvantage to spur their productivity. You can also award extra campaign points for painting everything, or a rule where only painted minis hit the table, etc. 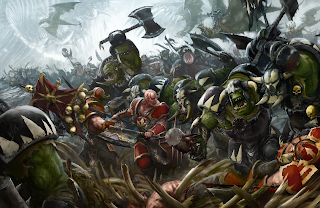 In order to keep people from quitting if they are losing, not painting well, can’t keep up, etc. try putting in fun awards at the end for things like ‘achievements’ you see in video games. Perhaps giving an award to any player who denies the witch three times in a single game, an achievement to a player who won a game without using any reserves or deep striking, or some other suitable thing to strive for. You can give a player additional motivation in the later stages of the league by allowing them something to strive for. Maybe my army is in last place on the leaderboard up to this stage, but I might still be able to attain some moral victory by destroying two vehicles in the same round of shooting, for example. This can also help to level the playing field if you make players take some sort of disadvantage to grab an achievement, so that top players might be compelled to completely forego heavy support options in order to grab another award, letting the lower-tier players have a better fighting chance. How you handle it is up to you, but achievement awards can be a fun option to add in to your league and increase everyone’s participation and enjoyment. You may also want to try including prizes and award trophies: It's often a nice idea to have prizes available for the participants in your league, perhaps given at the conclusion of each stage or at the culmination of the league. If nothing else, this give players incentive to keep going and keep up with the progress alongside the rest of the league, and can be a great talking point or provide some fond memories of the league or campaign to look back on.

Have you or your group ever played in an escalation league? What are he ways you like to set up your leagues? Let us know in the comments!