Editorial: Why We Should Stay Positive About Age of Sigmar 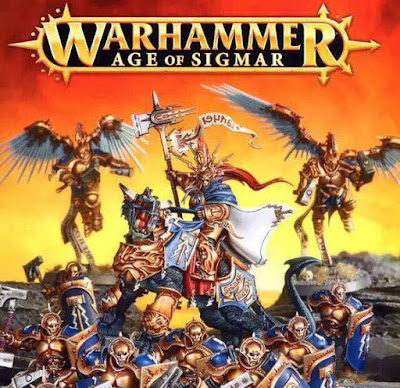 We as a community have a pretty solid history of panicking whenever there seems to be change on the horizon, and the coming of Age of Sigmar is definitely no exception. It's possibly the biggest change we've seen in years, and it's coming alongside some of the biggest wave of anger and disappointment to match. However, I don't think this is necessarily the right response. 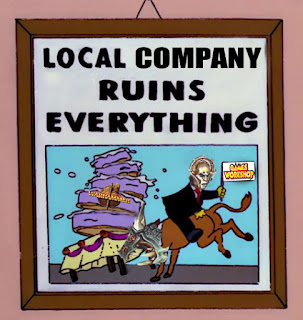 The Sky is Not Falling

I might be in the minority, but so far Age of Sigmar looks fun to me. Certainly the game is different but not necessarily worse that whet we were experiencing in 8th edition. Give it a chance and actually play some before making a judgement, and you may find that your opinion has changed. Maybe you still won't like it even after giving it a fair shake, but in the worst case you can still play 8th Edition of Fantasy or use End Times rules, or move your minis to another system like Kings of War. It's not all doom and gloom, and we have a great many opportunities here. Plus, remember how much ragequitting and angry ranting happened between 7th and 8th, or in 40K between 6th and 7th edition. We feared the worst, and it ended up not being so bad. Call me naive, but I expect that we might just see another sunrise despite all of the doomsayers on forums these days.

Be Thankful For What We Have 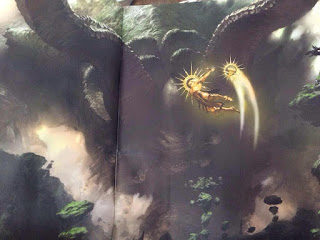 I think it's important to take a bit of a step back and think about how we ended up in this situation in the first place. This was somewhat of an unexpected move by GW, but I believe that it's still a better situation to be in than many of the alternatives. According to reports and most anecdotal evidence, Fantasy simply wasn't selling nearly as well as it should have been, and may even having been losing the company money. Faced with the financial reality of WHFB, something needed to change, and we should consider ourselves fortunate to still have a game to play. We could have lost the entirety of the game line, it was either Age of Sigmar or nothing on the fantasy front. The game simply was not going to continue as it had been, and the fact that we still have something to play alongside 40K should count as a victory to all fantasy players, even if it isn't ideal. The unexpected bonuses of this reworking include the fact that we can still use all of our old models, nothing needs re-basing, and all of the rules are available free and online to everyone. It is not too hard to imagine a reboot where all of your models were invalidated, the new rules cost a fortune, and you would have to start all over. We were spared that tragedy, and I for one am grateful.

Freedom of Choice and Player Preference

It has been a topic of previous discussion on my end, but I think that most anything that increases the flexibility of the hobby and adds to player choice is a good thing. Age of Sigmar has rules and fluff that are essentially telling the fans to do what you like however you want, and have made the game as a whole dramatically less restrictive. This certainly opens the door for rules abuses and general bad behavior, but I think when two levelheaded and decent people get together to play a friendly game, Age of Sigmar has the potential to be a tremendous amount of fun. We still also have the freedom to try and make our own balance - think of the ETC and Swedish Comp systems. The community has risen to the challenge of balancing GW's flawed systems in the past, and there is no reason to think that we can't do it again.

Re-invigoration of the Hobby

With this new release, we lost a lot of what made Warhammer a thing of beauty. Being an existing fantasy player this certainly hurts, but we have to be honest with ourselves and recognize that sales were bad and the initial investment for a new player was too high for many of them to justify. As a result, we were dwindling as a community. Age of Sigmar is an opportunity for the community to band together and welcome in a huge batch of new hobbyists ready and willing to give it a try. Thrashing about and throwing fits about the new ruleset and balance issues is understandable, but it would be best if we tried our best to put on a good face as a community and were as inviting as possible to these possible new players. Who doesn't want more people to play with? I imagine we'll see many more new players if it looks like the existing player base is staying positive and having fun rather than griping over every little thing and bemoaning the game. 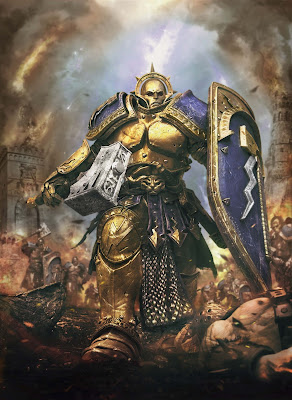 I've tried to bring friends into the hobby before, but as I'm sure anyone else who has tried is familiar with, the majority of people you try and round up will give you a mixed look of horror and boredom when you hand them the gigantic rulebook. It's intimidating, it's dense, and it's a huge time sink just figuring out how to play even if we ignore the financial cost and the hours of painting and modeling. Age of Sigmar has the chance to totally turn this dynamic around. My wife has simply tolerated me babbling about this game over the past several years and has shown virtually no interest in playing with me even when I handhold and walk her through super simple introductory games of Fantasy or 40K. With the introduction of Age of Sigmar, without me even trying to convince her to play, she's shown the first independent interest in this hobby I have ever seen from her. She's maybe interested in picking up a few models for herself and playing a few games - and the impetus for this wasn't the models appearance, the new setting, or any of that, it is the fact that there are only four pages of super simple rules.

Sure it's not the game we have come to know and love, but it has massive potential to attract non-neckbeards and non-rulemongers to the hobby, and I see that as nothing but a good thing. I started Warhammer when I was ten years old, and I took a keen interest in figuring out how the rules worked, but I was absolutely horrible at the game from a competitive perspective and even then my friends still had to rely on me as the only one who understood how the game worked. Several of them quit early on because it was 'too hard' and 'kind of boring' since we spent most of the time trying to find the page a rule was on and then figure out if it applied in our situation. Age of Sigmar allows for brand new people to jump right in, even if they are children or have no wargaming experience. If AoS had been around when I first started rolling dice, I imagine I would have been much more successful and many of my friends would have persisted longer than they did. This new game isn't what Warhammer used to be, but that doesn't mean we have to view it is a negative.

What do you think? Do I have my head in the clouds and am being needlessly positive? Are you excited or see nothing but doom for the hobby? Let us know how you feel. 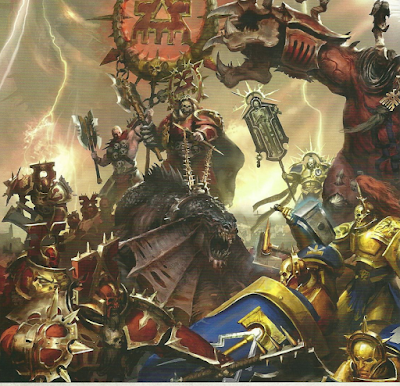