Editorial: We Should Avoid "Pay To Win" Gaming 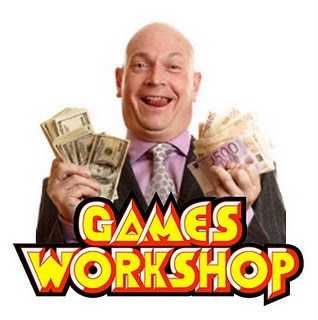 GW has a new theory: If you want people to buy all these new kits, you allow them to get 'free' benefits in their games if they purchase enough.

This is known roughly in video games as 'pay to win' and often ruins things for those who don't want to spend the money. If you buy the game, great, but if you buy this fancy DLC, you get a cool gun that is significantly better than the others and you'll win. To stay competitive, the company hopes many players will buy the gun and make them tons of cash for virtually no extra work, but often it just means people ragequitting the game, as the cycle feeds itself to more and more paid benefits and microtransactions fragment to playerbase and competition in determined not by skill, but by how much you have spent. 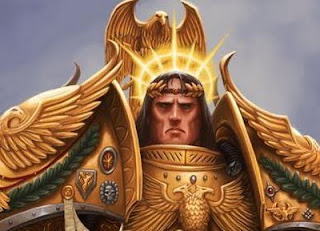 Obviously this model is different than GW's, since we pay for our rules updates and models anyway. But players content with their list need to be inspired to buy models, so whenever a new kit comes out, the power creep inspires people to go buy it. On its face, this isn't so bad, they are in the business of selling models. But when formations come out requiring you to buy large numbers of disjointed sets of vehicles and models etc, it's plainly obvious that they are compelling you to buy three vindicators or one of each new Skitarii model just in order to win with some ridiculous power boost it would give. This, much like the DLC situation above, can possibly drag the game down and cause problems for us, the players.

With the new releases for the Age of Sigmar box set, we have also seen the newest 'formations', AKA Battalion Warscrolls for both sides: The Thunderstrike Brotherhood and the Goreblade Warband. It's interesting to note, once again, that in order to get the special bonuses that come with the battalion, you must have a unit of every model in the box set. Now this isn't inherently a problem (yet), because you will have all of those models anyway after purchasing the starter set, but it looks eerily like the precedent we are seeing in 40K where you buy one of everything to get a nice rules bonus. This obviously drives sales, and gives a competitive impetus for WAAC players to go for it and increase their odds of victory by taking Formations/Battalions/what-have-you. Some of the sets of rules may not be that big of a bonus, and can perhaps increase the fun and narrative aspects of play, but I fear for a future state of the game that involves a general sense of 'he who pays the best, plays the best'.


I heard a wise player once describe to me how Warhammer, and eventually 40k, progressed through history: 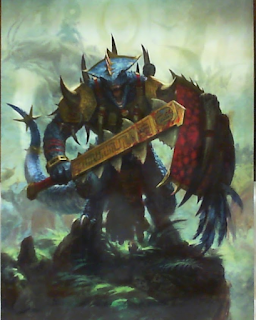 This is obviously a parody and exaggeration, but the spirit of the story remains. We were once a hobby interested in our cool toys and wanted to have a fun time playing with them, and now our rules/crunch-focus has gotten in the way of the actual hobby component and the entertainment suffers as a consequence. I have written before about how I think this is a great time to be in the hobby with so many releases and options available to us, and I still firmly believe that. I'm going to go wild with Age of Sigmar, and I'm really enjoying the listbuilding options that have opened up with allies, formations, etc. in 40K. That being said, I have seen a steadily increasing suspicion in the community, and rightly so, that these are less about increasing the player's options and avenues for fun and more about moving more models off the shelves and increasing GW's cash flow. We can't fault GW for attempting to increase their profits - it's why they exist as a publicly traded company and that's something we have to come to terms with, but I think we should remain mindful of the fact that this is only a game, we're here to have fun, and our enjoyment shouldn't come at the expense of our opponent (or our wallets, beyond what we actually want to spend, rather than what we're compelled to spend to "keep up with the Joneses"). 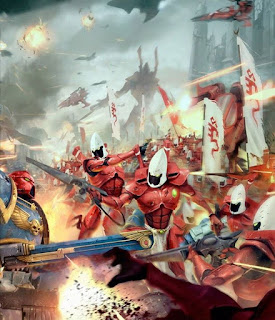 It  falls on us, the players, to remember that this is realistically a fun casual game, and shouldn't be taken too seriously. It's pretty evident that GW Prime wants us to buy buy buy, which you certainly can - though I would advise you only do so for the love of the models and not whatever cheese rules they put out. If you want to take advantage of all of the rules options available to us and the constant stream of new updates, then by all means have a field day - but remember these come with competitive issues much like those detailed above. I'm writing this now just as a call to players and readers here to keep in mind the fun, casual aspect of this hobby, rather than fall prey to what many video game players have suffered in the past. Don't let the rules drive your purchases, or the rules dictate your fun. You're in charge here, let's be excellent to each other.

Does it sound like we're overreacting? Are these formations and Battalion scrolls going to be a big problem or is it all good fun? Let us know how you feel.
By Unknown