Editorial: Tabletop Day and That Time I Never Wargamed with Grand Moff Tarkin

(originally posted on Forces of Geek) 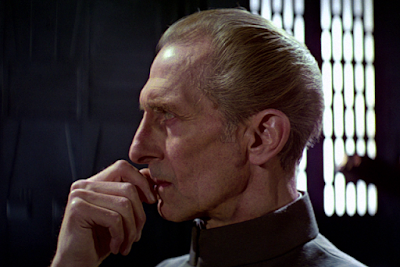 April 11th was International Tabletop Day – the holiday devoted to playing games with friends on a table (as opposed to on a computer or console). Generally speaking, everyone has a really good time playing games on Tabletop Day, and that’s why it’s one of my favorite holidays.


As one of the older people on the table top gaming scene, I think this day might mean more to me than to some of the younger gamers out there. Allow me to explain why by telling you about the time I never played wargames with Grand Moff Tarkin from Star Wars.

I was an actor in the 1980s (people remember me most for Weird Science, 1985), and I ended up doing a number of movies and TV spots before I retired from acting to go to school in the early 1990s. One time I booked a part on a show called The Equalizer, starring Edward Woodward (this was the show that inspired the 2014 film starring Denzel Washington).

Woodward and I weren't in many scenes together, but we spent a fair amount of time together on the set, waiting for our scenes, eating lunch, going to cast meetings, etc. Our interactions with each other were cordial, friendly, boring. In short, we interacted as two people do when they have absolutely nothing in common and are forced to share space for a while. 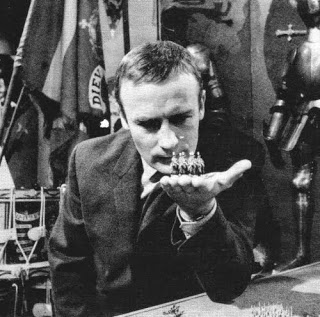 The thing is, Edward Woodward and I had lots in common, and I never knew it.
Apparently, Edward Woodward was a miniature wargamer, meaning that he played wargames with small, hand-painted miniatures. He had even hosted a BBC television show about the hobby.
I was also a miniature wargamer. I was just getting into Warhammer, I was an avid D&D player, and I was actively painting gaming miniatures for two or three other games as well. I spent all of my downtime on the set cloistered in my changing room, reading wargames rules and painting miniatures.

I never told anyone about this hobby, though, and I carried these miniatures and game books onto the set in closed bags so that no one would see me doing it or ask me about it.

The reason that I was so private about my gaming hobby was that gamers were, in some very real ways, ostracized in the 1980s.  We tend to remember the anti-gaming sentiment of the 80s only in terms of the absurd and hyperbolic criticisms of Christian extremists like Jack Chick, but the rumors, fears, and misconceptions about D&D and any related games were actually quite mainstream. When someone found out that I was a gamer I often found myself on the defensive, trying to explain away the rumored suicides related to D&D; the claims of the book (and later movie) Mazes and Monsters about gamers who succumb to the “psychodrama” of gaming; and the kids who were rumored, all over the country, of finding their way into sewers and drain pipes and dark basements to do sinister D&D things; etc.

As a young actor in the 80s who was trying to be taken seriously, I took the popular perception of gaming very seriously, and I kept it to myself. I wasn’t the only one. Once, while working on Weird Science, for example, a Soap Opera star (now a sitcom star) was visiting the set and somehow found out that I was a gamer. We managed to geek out together and even play a game, but only in the most clandestine way. To this day, his name has never appeared on the lists of celebrity gamers that you find in various places on the interwebs. If you watch celebrities like Vin Diesel and Matthew Lillard speak in interviews about their gaming, you can sense a bit of that old secrecy, that old instinct to keep gaming private. Because of this feeling -- what we should probably call “gamer shame” -- I never did anything openly to indicate that I was a gamer, and Edward Woodward never saw me reading any wargaming books.

He never told me about the historical side of the hobby (which I would have absolutely loved), and he never invited me to game with him and his friends in England the next time I was there. The next summer, as I was on a stopover in England on my way to do a film in South Africa, I never played with his gaming group, which must have included Peter Cushing.

Cushing was an avid wargamer, he had done a number of films with Edward Woodward, and he played Grand Moff Tarkin in Star Wars.  That was the time I never wargamed with him.

Ok. I admit that this is all a bit far-fetched, but the story serves to remind me of the way that a lot of gamers in the past weren’t “out” as gamers, and they generally kept their hobby as private and as hidden as possible because of the overwhelmingly negative image of gamers in the wider culture.

Annalee Newitz, discussing the popular perception of D&D in the 80s, argues that gamers have “won the war on Dungeons & Dragons,” suggesting that our attitudes towards gaming have completely changed for the better. I agree in general, but I wouldn’t go as far as she does. I still see a good deal of anti-gaming sentiment in our culture, especially in movie and TV depictions of D&D and tabletop gaming in general, which universally present gaming as a hobby for damaged people who either deserve our sympathy (Community and Big Bang Theory) or our scorn (Gamers, Zero Charisma, The Dungeon Masters).

If attitudes about gaming had completely changed, then there wouldn't be such a need for International Tabletop Day. This holiday, started by the creators of the Geek & Sundry show Tabletop a couple of years ago, is a celebration of games that are played by awesome people who enjoy being smart and creative with each other. 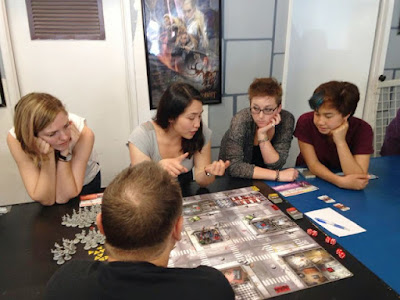 More importantly, Tabletop events (those listed on the map of the Tabletop Day website) are public, open to everyone, and well-advertised by interesting and groovy people on social media. Where gamers were once were secretive, defensive, and even standoffish about their hobby, Tabletop Day presents gaming to the public as something social, fun, and even hip.

As a former celebrity, I still attend Comic-Cons as a celebrity guest sometimes, and at these Cons I meet other actors. My interactions with them are generally cordial, friendly, boring, just like they were with Edward Woodward.  Last year, though, I saw a Tabletop Day photo featuring actor Keith Coogan, whom you will remember from Don’t Tell Mom the Babysitter’s Dead, Adventures in Babysitting, and every single show you watched growing up in the 70s and 80s. 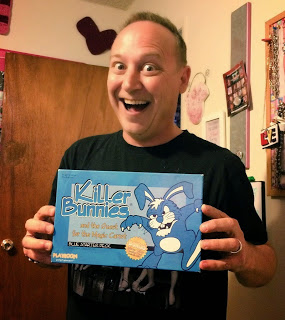 I knew Keith from the Cons, but we had never talked about gaming, and that photo was the only way I would have known that he is a fellow gamer.

Keith and I are now gaming friends, and on April 11th of this year we completely geeked out at a Tabletop event at The Guildhouse in Lakewood, CA (an excellent gaming store with the friendliest of people). 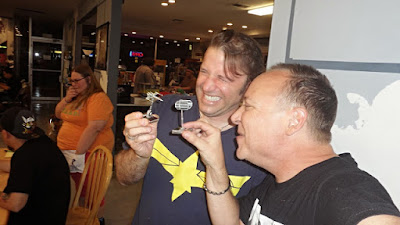 While I’m sad that Keith’s Darth Vader defeated my Luke Skywalker in the game Star Wars: X-Wing  (Keith and I also share a passion for Star Wars), I am happy that I got to game with him, and I am thankful that wonderful stores like The Guildhouse host gaming events that are designed to bring gamers like us together. 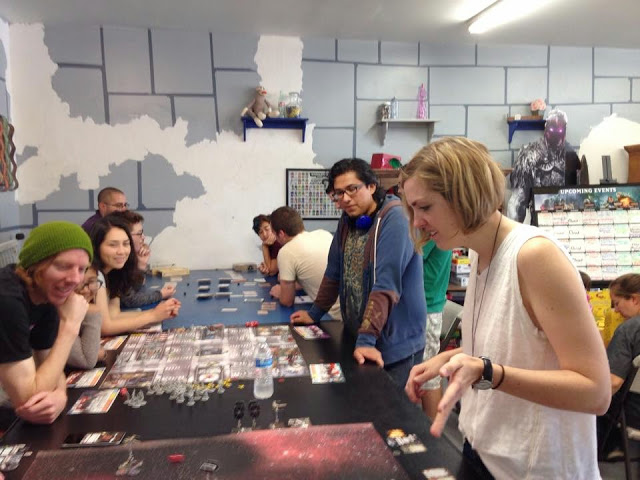 I am also thankful to the people at Geek & Sundry for Tabletop Day. In 37 years of gaming I haven’t seen such active planning, anticipation, and discussions about games as I do when Tabletop day starts to draw near. As a gamer who remembers a time when many people wanted to keep gaming a secret, I especially welcome the chance to be a vocal supporter of the wonderful hobby that tabletop gaming is.