Rarkthor is back again to talk about the newest Eldar and Imperial Knight release and their impact on FLGS sized tournaments. 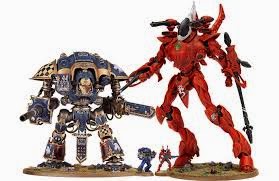 The new Eldar release has really been rolling around in my brain for some time. The escalation of power that the codex can possibly bring to the table is insane. Between Wraithknights, Distortion weapons, and formations, the book really can represent all of the issues a gamer may have with 7th edition. It is, without a doubt, a very polarizing release. Because of this, I believe that compromise is even more important now than ever before. Without some level of compromise between the players and the event organizers, I think that attendance would suffer immensely.
An organizer's major concern in running events is, in my mind, attendance. The TO can have the most well constructed and fun event, but if no gamers are there to share in the experience, it is worthless. With attendance as the most important part of a FLGS event, an event organizer needs to appeal to a wide variety of gamers. Here are some compromises that meet most or some of these criteria. Remember: every store and community is different. Do not be afraid to adapt. There usually isn't a need to reinvent the wheel, but don't be afraid to make improvements.

There is something about the 6 result of the D-Chart that simply ruins the game. This is true, in my mind, for competitive and casual players alike. Rolling a 6 on a chart should not result in the total destruction of a single model with no saves allowed. That removal of the save interplay really goes against the very fiber of the game. I would recommend altering the 6 result. Some options include making a 6 a 5 right out, changing the 6 result to do 6+D6 damage but allow saves, change 6 to a 5 with an automatic 3 on the D3 result. Any of these modifications would, in general, make the threat of rolling a 6 on a D weapon less of a game of Russian Roulette and more tactical.

2. Limitations on Super-Heavies and Gargantuan Creatures

With codicies coming down the pipe with Super-Heavy and Gargantuan Creatures as stock options generally in the Lord of War slot, it is hard to ignore the craziness that they represent in the game of 40k. For some folks the addition of these big robots and creatures is most welcome, but for many, they feel the rules and stats are just too powerful for standard games of 40k. Especially with the possibility of having 5 Imperial Knights in an 1,850 or a similarly high number of Wraithknights, many lists would struggle with that amount of high durability targets. Luckily, with the new Knight book, they are labeled as Lords of War, so this makes modifications very simple. 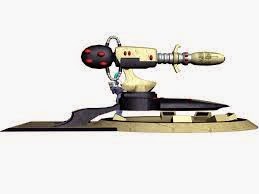 The new books in particular have a boatload of Detachments and Formations at their disposal. Especially with the Decurion style detachment, Formations can be difficult to keep track of. There are not many rules to follow for them, but in the midst of a tournament level game, even the most good-natured opponent can struggle to know which models belong in each formation. Placing some limits is in the best interest of everyone playing.
From here, it is all up to individual taste and preference. These major points, however, represent the key questions any player should be asking before attending an event. Every event should appeal to the crowd that makes up the majority of players. Hopefully, every player can be reasonable and understand the importance of compromising to create the best event possible. If some are lost due to the decisions reached by majority consensus, there may be some other factors at play keeping those gamers away. Not everyone can be made happy.
Check out more of my thoughts on 40k at my blog www.rarkthorshold.blogspot.com .
By Unknown