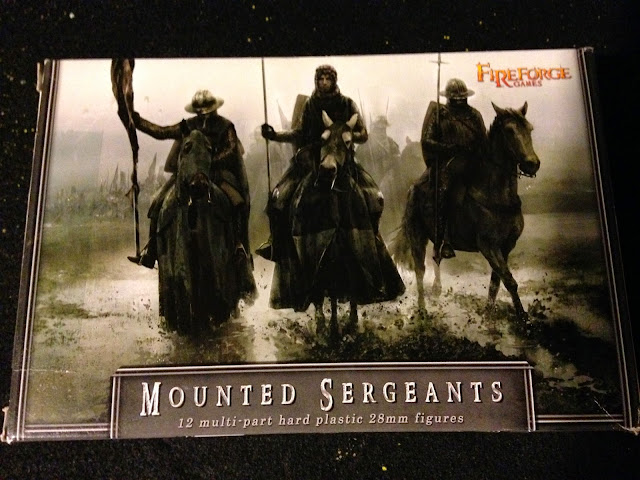 Fireforge Games produces a broad and growing range of medieval 28mm miniatures for use with their game Deus Vult.  For many historical gamers, though, the period of the miniature can be more important than the game for which they were designed, as many gamers will use miniatures from certain period with a variety of different rules sets.

These miniatures can be used for Deus Vult, therefore, but they can be used for any games that cover the high Middle Ages, such as Hail Caesar,  Lion Rampant, Clash of Empires, and the crusader supplement for Saga.  For those new to historical gaming, the period of these miniatures is very close to the aesthetic and feel of Bretonnian armies in Warhammer Fantasy. 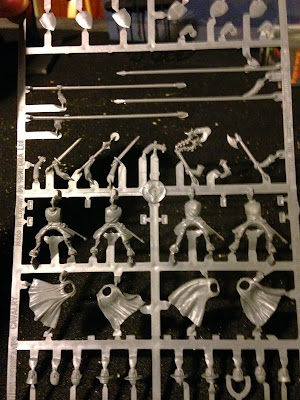 The components for all twelve sergeants and their mounts fit onto two rider sprues and three horse sprues.  The rider sprues offer a nice range of head choices, arm and shield poses, and other fun accoutrements, like flowing cloaks. 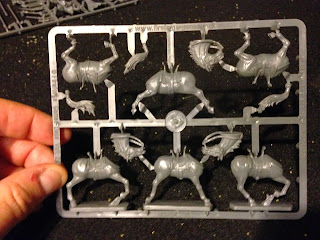 The rider sprues also provide a number of weapon options, all of which are well-detailed and appropriately proportioned.  While many recent games don’t require players to specify armament in their troop choices, other games still follow the conventions of WFB and Warhammer Ancient Battles, where a whole unit either has spears or hand weapon, for example.  In these cases, WYSIWYG models can be important.

Fireforge has accounted for this well by providing enough spears and swords and maces to equip the majority of the unit with either spears/lances or hand weapons.

The horse sprues hold just enough horsey bits to make up the twelve horses with no other options, but this works well, as the variation in a unit will mainly come from the riders. 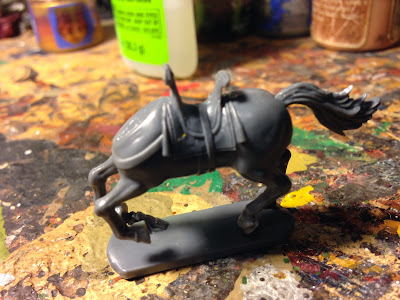 Each sprue comes with three different horse poses, and head and tail swaps are possible.  These horses are in somewhat standard poses, but they have a nice proportion and they seem graceful and natural. 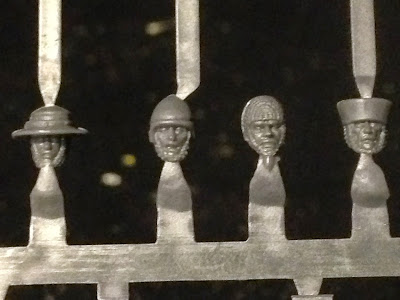 The detail is very nice on all of these models, and the designer clearly has a love of the period and the clothing and armor of the high Middle Ages. 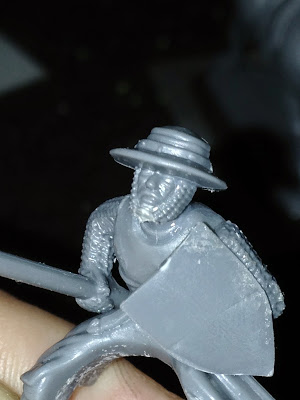 I especially like the heads with the kettle helm for sergeants, but other helmet choices make the riders seem more like poor or ill-equipped knights than sergeants. 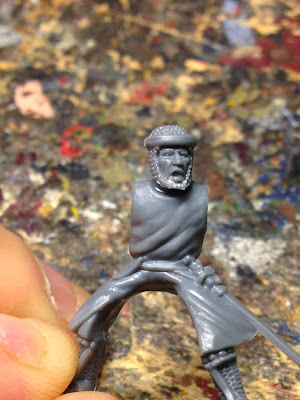 This will be useful for players who want to represent knights from poor manors, and these models can also add some variation and flavor to other, more uniform units of knights from this period. 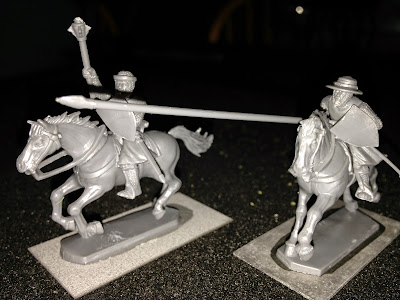 The result is a set of light cavalry that looks dynamic and detailed and very much represents the feel of 13th century cavalrymen.

There are a number of companies that sell knights and foot soldiers for this period (usually calling them Crusader, or "Baron's War," or "High Medieval" miniatures).

It is a lot harder to find models such as these Sergeants -- troops that are very much part of the 13th century battlefield, but who are neither knights nor peasants. 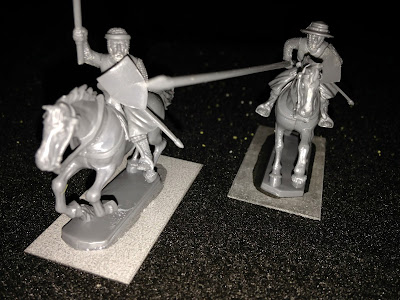 I appreciate Fireforge's commitment to making a full range of models from the period, and I look forward to buying their newer Mongol miniatures, so that my club can stage some skirmishes set during the Mongol Invasion of Europe (although we will probably use Lion Rampant).