Time for another video game adaptation of one of Games Workshops awesome games!

This time out Focus Interactive are working on BFG - check out the new teaser video below.


Battlefleet Gothic: Armada – Target acquired, teaser video ready to fire!
Uncover the deadly and intense space battles from The Warhammer 40,000 Universe, and take command of huge battle cruisers.
The mighty fleet of the Imperial Navy's Battlefleet Gothic face up to the insidious and galaxy threatening Chaos Black Crusade of Abaddon in this first teaser trailer! 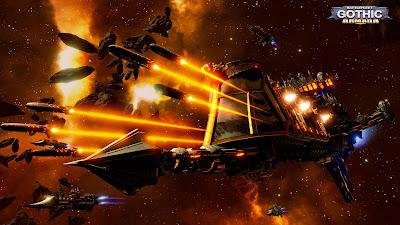