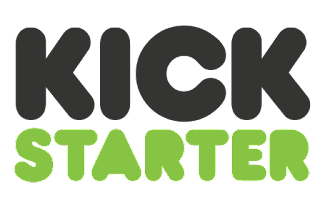 Like most people I have heard a lot about Kickstarter and the impact this, and crowdfunding in general, has had on tabletopgaming.  I’ve followed a number of the games, have a couple I want to pick up when the retail version comes out, but I’ve never actually backed one.


Both look pretty interesting, both have similar pledge levels and look like they willscratch a different gaming itch. Human Interface because of its theme (I’m a sucker for cyberpunk) and Project Elite because I’m interested in the real time game mechanic and bug hunt theme. However, both seem to have a different approach to managing risk and trying to convince me to part with my money.

The Kickstarter site shows that 16,766 projects have launched through the site under the umbrella of ‘Games’ over the 6 years it’s been live. The ‘Games’ category includes everything from tabletop, playing cards and video games among other things. It’s also the category with the most projects.

Digging a bit deeper you can find that of these 16,766 game projects 6,189 or 36% were under the ‘tabletop’ category.  Of these, 3,141 were successfully funded an average of 523 projects a year.  Of course not all of these projects under this category are actual games. The category includes all sorts of projects from scenery and game mats to dice and templates.  There is even a live Kickstarter for a sound effects CD which you can listen to while you role dice.

Even if we say that 50% of the successful projects in the ‘table top’ category were accessories and what not it would mean 1,570 were actual games.

That’s 261 games per year over the 6 years Kickstarter has been around.

That’s a crazy amount of games and rules.

A quick look around the internet shows that this lot of games.  More games in fact, than the entire output of somewhere like Fantasy Flight Games.

Perhaps the real metric is not the volume of projects being crowd funded and whether they reached their goal or not.  It might be more interesting to see how the kickstarter stats compare to the number of games the publishers receive/commission in a year and how many they take forward and or develop.  Kickstarter effectively gets rid of the middle man, much like self-publishing a book. Risk is shifted to the person running the project and the consumer rather than the publisher.  Even Kickstarter doesn’t carry a risk, it’s just an enabler.Kickstarter doesn’t curate a project.  They don’t have play testers to help you develop your idea. Other than making sure they meet the site rules it’s completely open to whoever comes up with an idea.So long as a project meets the Kickstarter’s rules it can be launched, even if they think the project won’t fly.If the project meets the goal, then Kickstarter will get their cut, if not nobody loses out.

This is awesome stuff, and a way of setting free creative talent and reaching people from across the world.  With the number of project backed and the amount of money invested (during a global economic meltdown too) it is clearly meeting a demand. 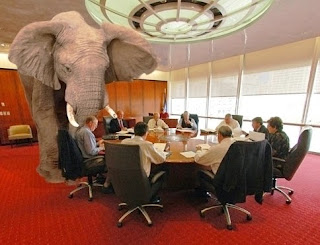 The Elephant in the Room


Being new to it I am a little surprised at the different of approaches between the Project Eliteand the Human Interface Kickstarter.  They seem to me to highlight both everything that is right and all that’s wrong with projects that go for crowdfunding.

I love cyber punk and Human Interface looks really interesting. However, I can’t quite get over the fact that other than the minis I’m not entirely sure what I would be dropping my money on. The campaign has lots of updates, stretch goals, cool looking minis and almost 800 backers, but it’s really thin on any sort of details on rules.

On the other hand, Project: Elite seems to have it the other way around.  A clear mechanic, a video play through by some dude and his wife and a ton of minis.  Everything is upfront and you have a reasonable understanding of what you’re buying into.

I can’t escape the feeling though that at least some of these 261 games funded over the last 6 years aren’t all they are cracked up to be.  In the absence of clear rules or information to the contrary how am I to tell.  Maybe I’m over thinking it;both of the projects I’m looking at have smashed their funding targets.Maybe I’m missing the point with crowdfunding and need to talk to a counsellorabout how I view risk.

In any event, I’ve got 12 days to decide if I drop some money on one of these two projects. Right now I’m thinking Project Elite, but I really want Human Interface to be good.Did I mention I love cyberpunk?

So as a Kickstarter virgin,  I’m asking the community, help me out here.


Written By Vman
By Unknown