Editorial: The Value of Smaller Games 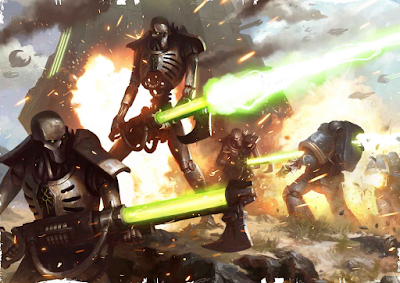 Many people seem to use a similar points level every time they play a game of 40K or Fantasy. This keeps you from having to rewrite lists and allows you to become proficient in a certain list you have built, but can lead to some stagnation in your game play. Many tournaments run at 1850 points in 40K or 2000-3000 for Fantasy, so most players tend to gravitate toward these as the semi-official points levels to play at, and I believe many players could benefit from a change in the points values that they use.

Playing smaller points values can be a good way to mix up your gaming cause different scenarios to arise throughout your missions. Generally speaking, playing at a lower points limit is going to mean you have fewer units and models at your disposal and you will have fewer upgrades available for the characters and units that you do happen to take. This can force you to change your playstyle and strategy simply because of the different composition of your list, and it can be a wonderful tool to break any monotony you may have been experiencing in your gameplay. It also adds a level of excitement as some different options are available to you: Do you play more aggressively because opponent has less to punish you with, or do you play more conservatively because each unit lost is more detrimental to you? How you choose to adapt your strategies are up to you, but if nothing else the change in scale of your battles can bring nothing but new challenges to explore on the tabletop. 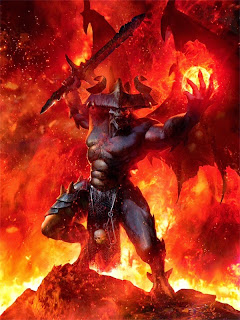 In addition, there is the added value each of your actions has in a smaller scope of gaming. The individual heroics of a single model mean more in terms of the full game and can make for fun fluffy play, and each failed charge or missed spell has a magnified impact, increasing the ‘randomness’ of the games to a degree since there is less of a supporting force to balance out the occasional bit of bad luck you run into. These will all add to the experience and make for a wild game that is sure to be remembered for a long time. There is even the possibility of changes in missions and entirely new scenarios available to you as a lower point limit that would be unwieldy at the traditional higher values – Adepticon each year has been running a Combat Patrol event that has been met with a lot of community enthusiasm, the rules for which can be found here. 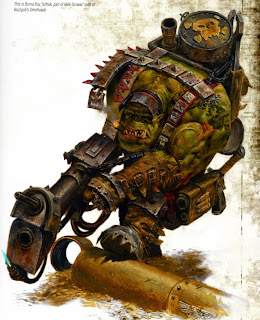 Game balance changes at different points values and you might find reasons to take a unit you normally wouldn’t, or find that an army you considered ‘lower tier’ can compete more readily. Some of the toughest units, vehicles, or deathstar HQs wont’s be viable at such a low points cost, which means that certain ‘mandatory’ or ‘abusive’ units you run into in almost all lists are less likely to be present since they will not fit as easily into a smaller list. Some rules changes or FOC tweaks can also be introduced to restrict abusive things at this point level, if desired. Conversely, if you do decide to throw everything into a single huge unit or commander, you can go wild and see just how hard Be’lakor can hit with nothing to threaten him.

The change in army composition and general lowering of supporting units does open up your ability to play with some units you have been putting off for lack of competitiveness, despite how it may seem. A player who has always wanted to field fluffy units that got blown off the table generally kept those models on the shelf, but in a smaller game your opponent doesn’t have the same offensive ability and you may find that there is finally a home in your list for that unit of Terminators or the footslogging Burna Boyz you have been dying to use.


Having a lower point limit means you are going to end up with fewer models in almost every situation. This allows for a smaller table to be used, and players often find that reducing their playing surface to 4’x4’ can really change how a game moves. With less room to maneuver, it is harder kitestring opponents along and remain evasive, as I often want to do with my Dark Eldar, but it also means that units with considerable speed or ranged shooting have magnified the advantage that gives them as a greater portion of the table is open to them at any given moment.

Additionally, the reduction in force size allows for a change of scenery not normally available to us. Perhaps you could use more densely packed terrain and attempt fight within a large building, dense jungle, packed city street or some other interesting locale. This means line of sight and cover mechanics can be quite different, and can bring variety to game play in an era where too many of us seem to line up opposite each other in a grassy open field and march headlong toward the one wall, hill, or stand of trees on the map.

Fewer units and models mean faster turns and faster games, allowing you to fit more in over a session. At higher point values, a game can take upwards of three hours to complete, and for many of us this is not a desirable or even a viable option. If you work long hours or have kids at home, schoolwork to attend to, or simply a limited attention span, it can be difficult to squeeze in a game which means for some of us a game of Warhammer Fantasy Battle or 40K comes far too rarely for our tastes. At lower points values, games can be over in under an hour and with less to set up, move around, roll on, and account for, games are more easily managed and can be played more frequently. If you are fortunate enough to be able to take a whole weekend and roll some dice with your friends at your local game shop, smaller points values allow you to play multiple games in the time you previously would have only completed one, opening up the possibility of playing multiple opponents in a single gaming session.

Smaller games also affords you the opportunity you to play with newer armies and test out if you would be interested in investing in a full force of some new faction you don’t own much/any of yet. It can be difficult, time consuming, and cost prohibitive for many tabletop wargamers to get a new army off the ground and so it is sometimes forgone in favor of adding another box of minis to an army that already has enough. If you and your gaming group start playing some smaller games, you will have much more opportunity to test out new units without committing too much to them, or even building up a small force from a new faction and get them on the table sooner than you would have, without needing to take them as hangers-on or allies to an established army in your collection.

Have you and your group had enjoyable experiences with smaller games? What are your favorite ways to game smaller?
By Unknown