Editorial: Making The Most Of Your Old Codexes 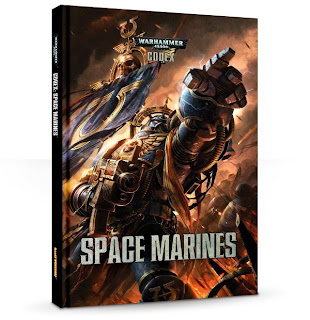 It feels like the end of something. When I pressed print on the postage label from Amazon’s Trade in service I wondered whether it was the right thing to do. Now the padded envelope is all sealed and
ready to post I’m sure it is.


You see I’m trading in my Space Marine Codex. Amazon will give me £15 credit for it plus an additional £5 due to a trade in offer they have. I also get to send it back with free P&P paid for by them.

It’s a pretty cool service and offers an alternative to Ebay for your unwanted books and console games. I’ve used it before and got £6 for the 40k 6th Edition rule book which I traded a month or so after 7th edition dropped.

True, the Space Marine codex is still live, but the current release schedule has me thinking that it will end up obsolete pretty soon. The 2013 Eldar codex was superseded by the new one in little under 2 years (Amazon will currently give you about £4 for the 2013 one by the way). All respect to the GW creative team, which seem to be churning out content at a phenomenal rate, but I like everyone else, ends up with a worthless book sitting on my shelf.

As it turns out rumors posted recently on Faeit 212 suggest a new space marine codex is on its way in June. So it looks like my bet paid off and I have timed the trade in just right. Subject to the rumours being true and Amazon not changing their minds I guess.

But this isn’t really about GW’s release schedule. It’s about me and how I’m evolving as a gamer. A busy home life and full time work has me looking in other areas for my gaming fix. Maybe I’m using the GW release schedule is an excuse for the fact that at the current rate I will only be getting in 4 games of 40k this year. Regular game nights tend to include skirmish games (Xwing and more recently Infinity) and board games. The later more likely as you can get more people round the table.
In any event the decision to trade in is a mathematical equation where you can try and limit your losses (P(x) = R(x) - C(x))

My hope is that sharing the Amazon Trade in tip goes some way towards helping you work out your own answer to the release schedule conundrum.