Tutorial: How To Paint Zombicide Runners 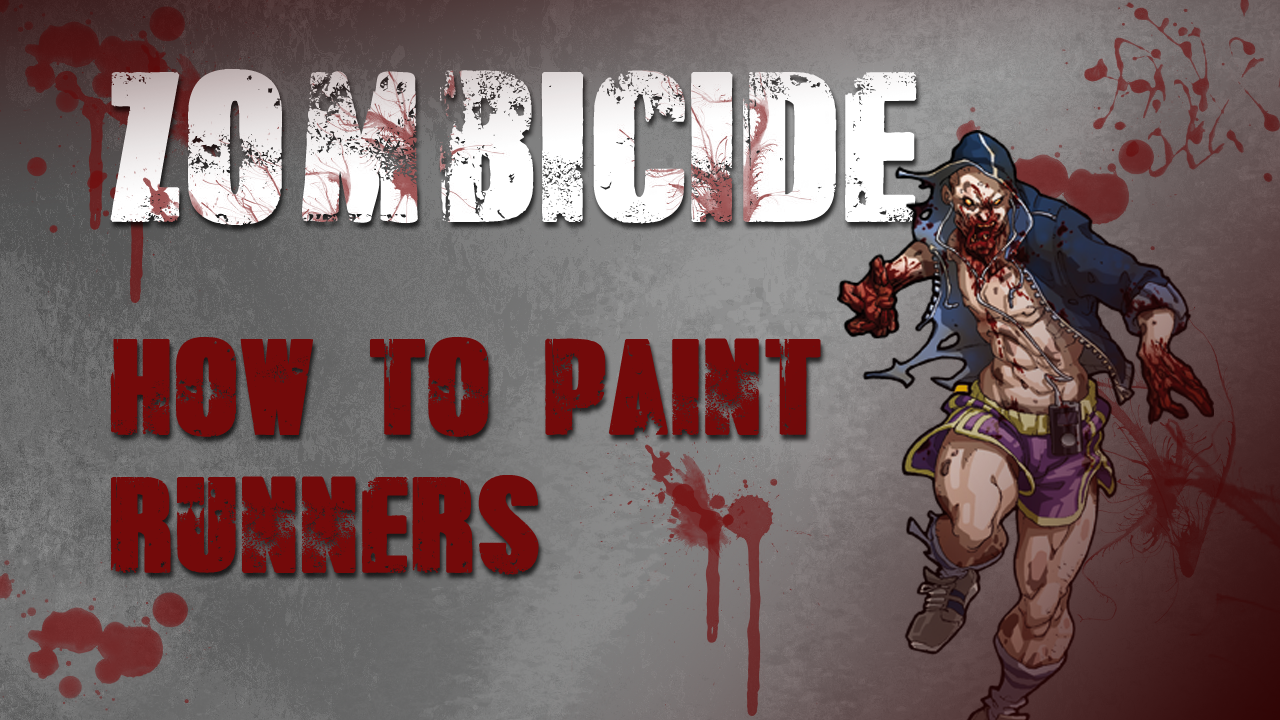 The Zombies are out for there morning run in this tutorial as we take a look at a Zombicide Runner. Clad in sports gear and freshly turned, you better get out of the way of this former health enthusiast or else you'll be part of his next high protein meal.

Making use of the Army Painters range of Zombicide Warpaints we have a step by step guide for painting your Zombicide miniature. In addition to the written guide we have also created a video that takes you through the steps from basecoat to finished miniature.

Below you can find the list of Army Painter Zombie Warpaints required for this tutorial.
Here For The Core Paint Set. I primed my miniature using Skeleton Bone Spray Primer as the miniature will consist of predominantly mid tones. Alternatively you could use Grey Spray Primer (such as Uniform Grey) instead. 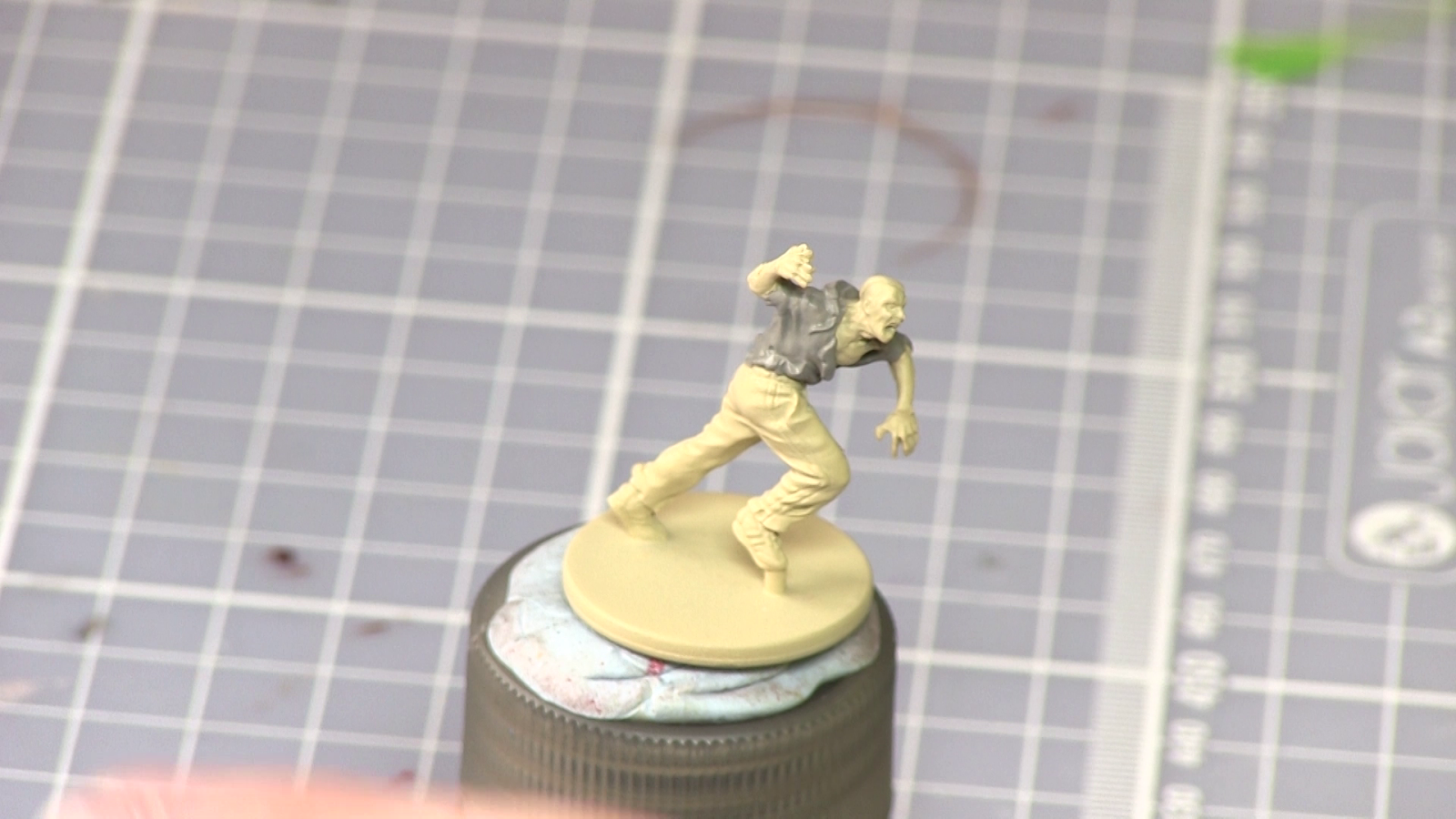 The runners hoody was painted using Filthy Suit, Slightly thinning the paint with water and applying a couple of coats will provide a smoother coverage. It will also create a slight weathered effect as the basecoat shows through a small amount on the raised edges. 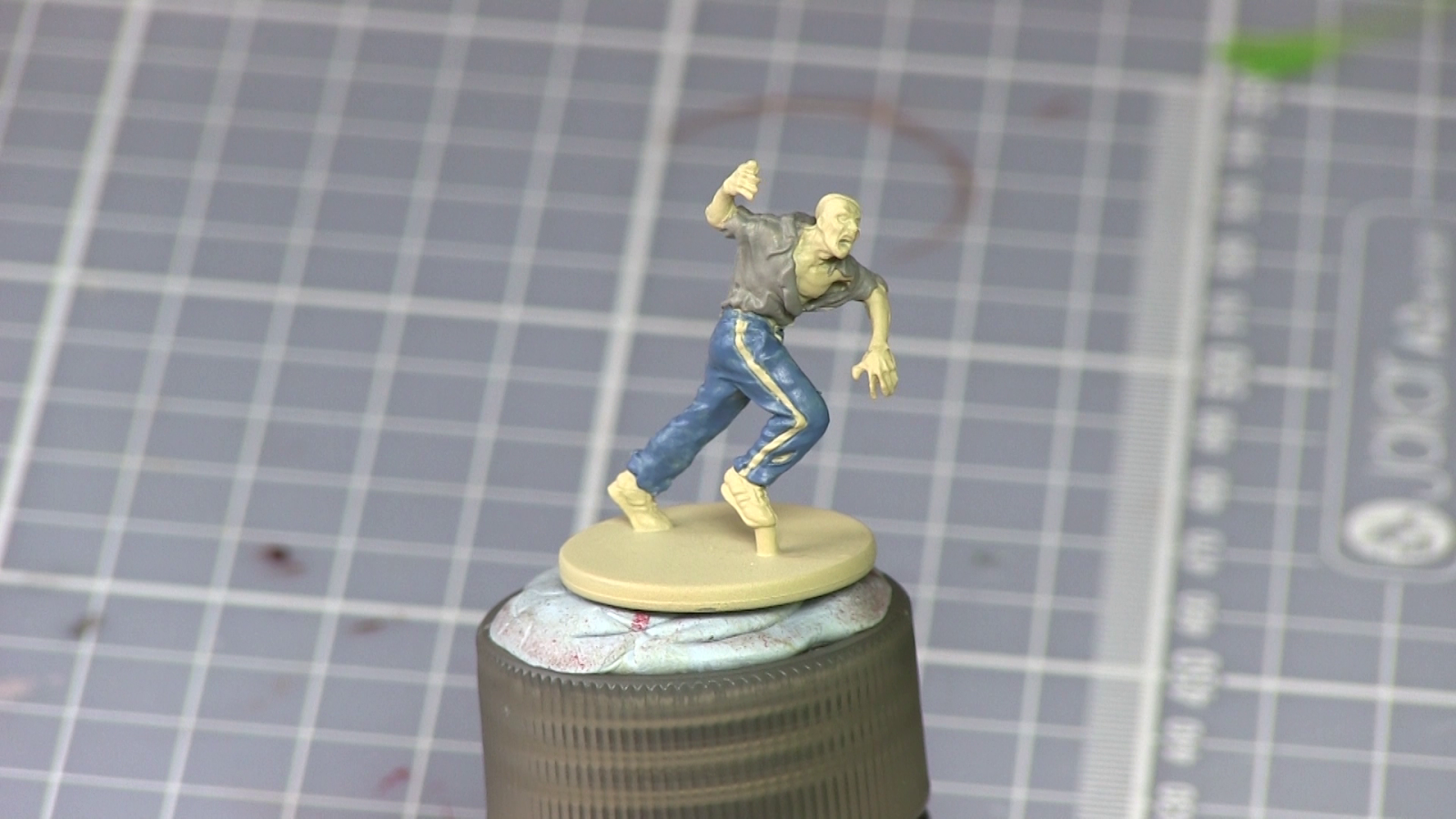 The runners joggin pants can be painted using Wasted Jeans, As with the hoody, thinning the paint will result in a smoother coverage and a worn effect on the raised edges. 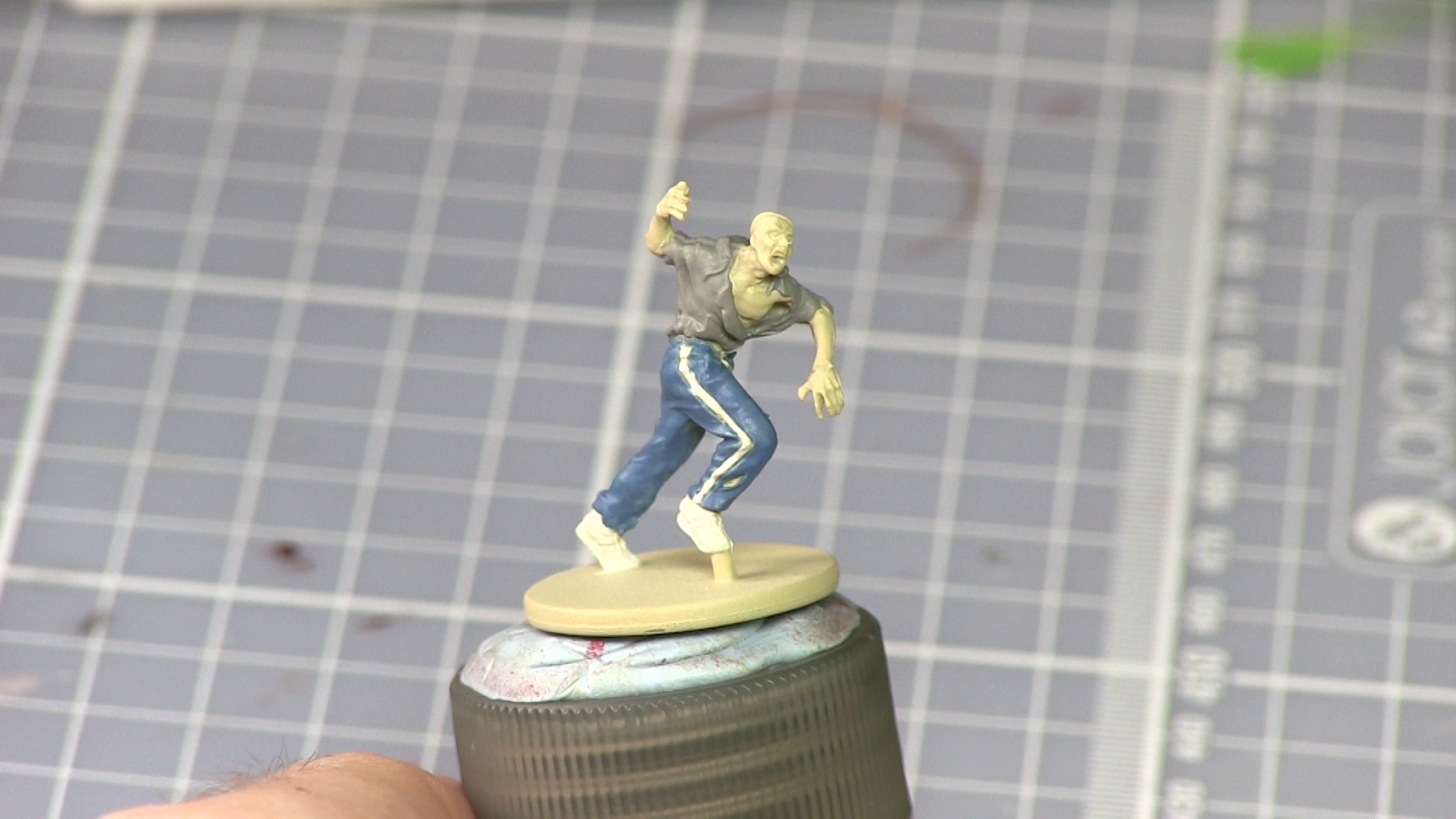 The stripe on the jogging pants and the shoes can both be painted with Brainmatter Beige. Additionally, if you are feeling brave, the Zombies eyes can also be painted white as well. 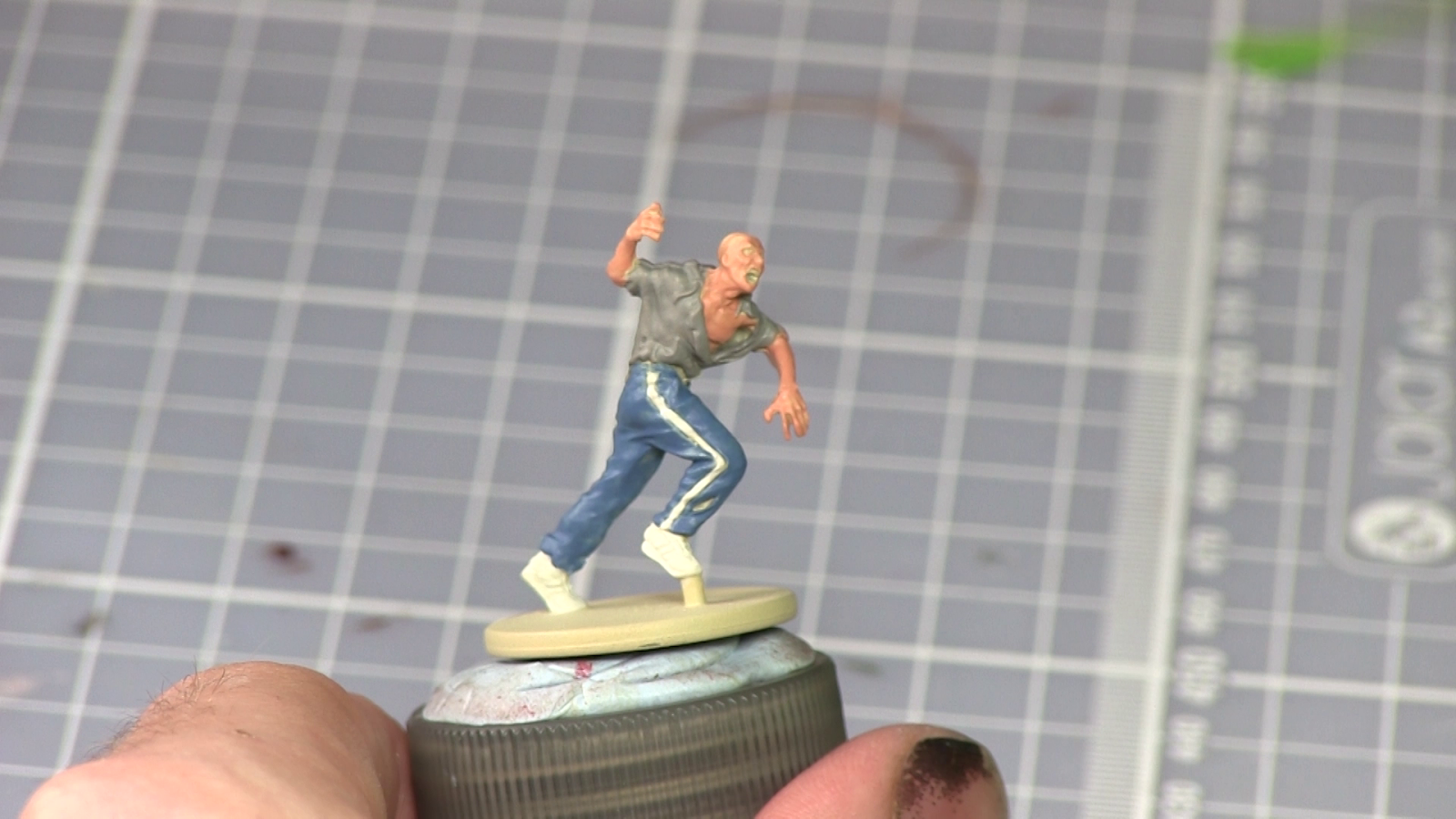 To represent a 'freshly turned' Zombie I avoided using a grey or green skin tone and decided on using a more normal flesh color. For this I used Survivor Skin, ensuring that the whole head, forearms and chest were covered. In order to achieve some better definition as well as 'grunging up' the overall appearance of the model I applied an all over wash of Zombie Shader. 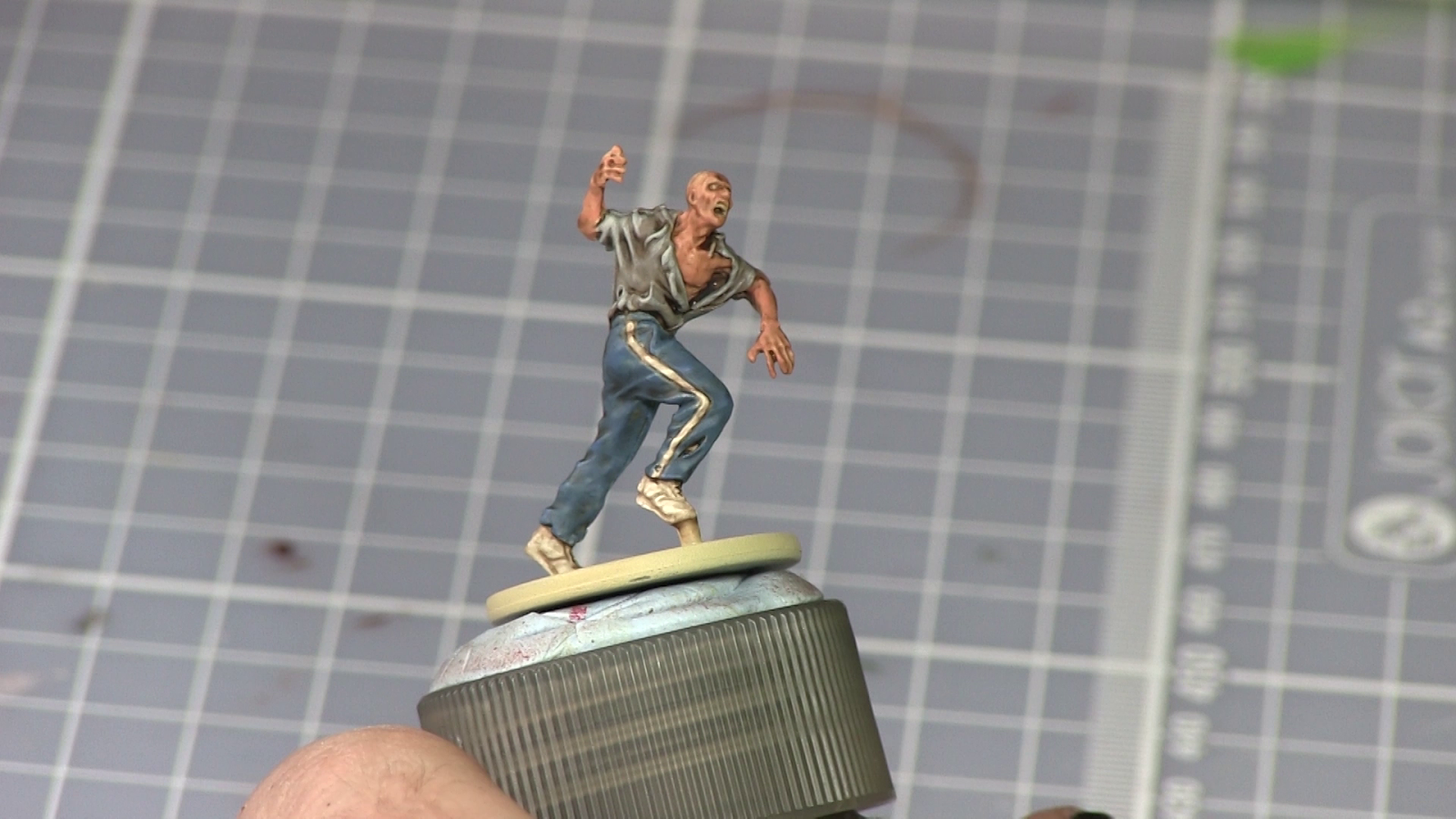 Once the wash had dried it was no time to further enhance the definition with some highlights. Using a 1:1 mix of Filthy Suit and Brain Matter Beige I applied a thin highlight across the raised edges of the hoody. Continuing with the highlights, a 1:1 mix of Wasted Jeans and Brain Matter Beige was used on the raised creases of the jogging pants. 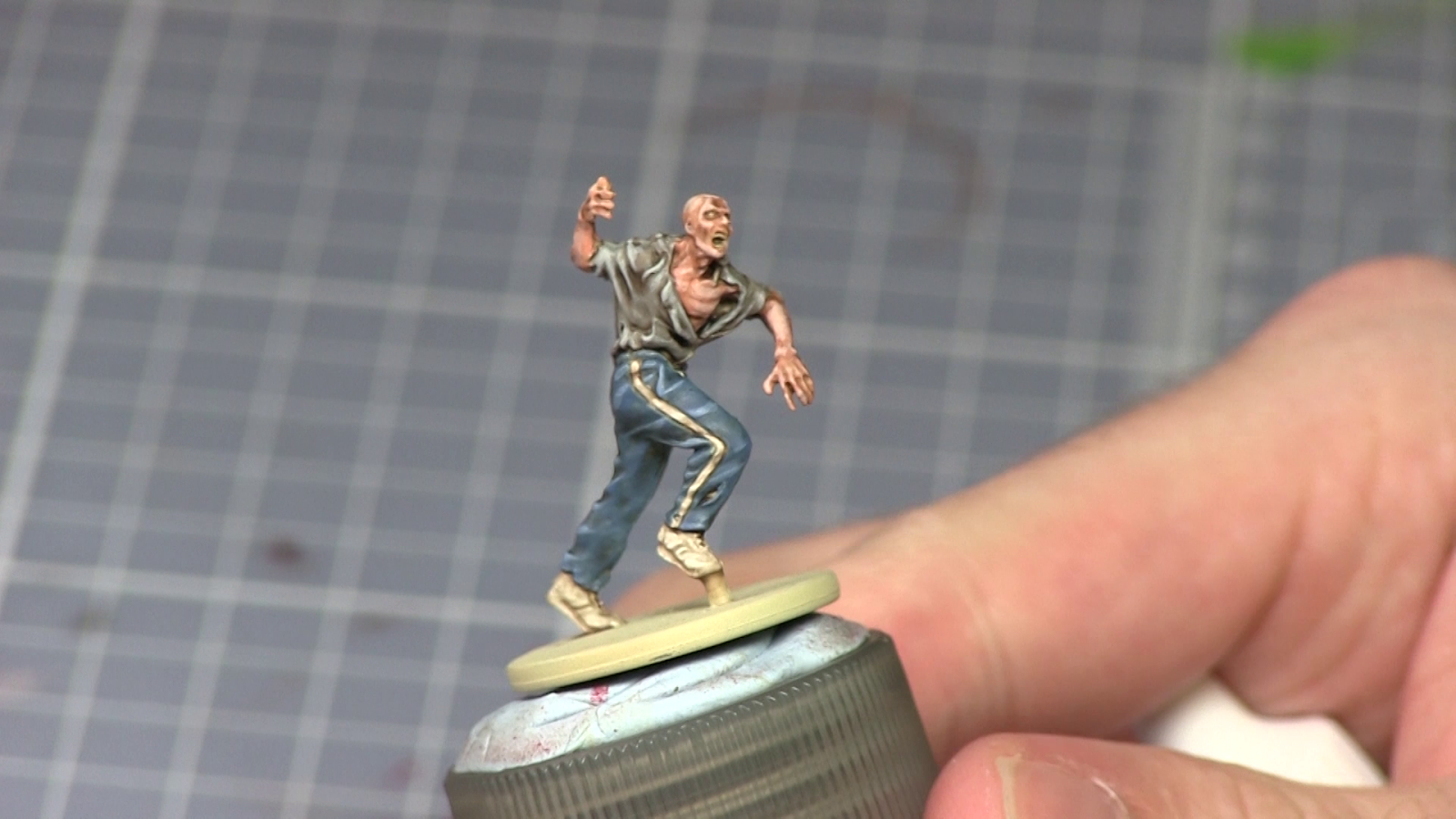 The final highlight to the miniature was for the skin and consisted of a 1:1 mix of Survivor Skin and Brain Matter Beige. 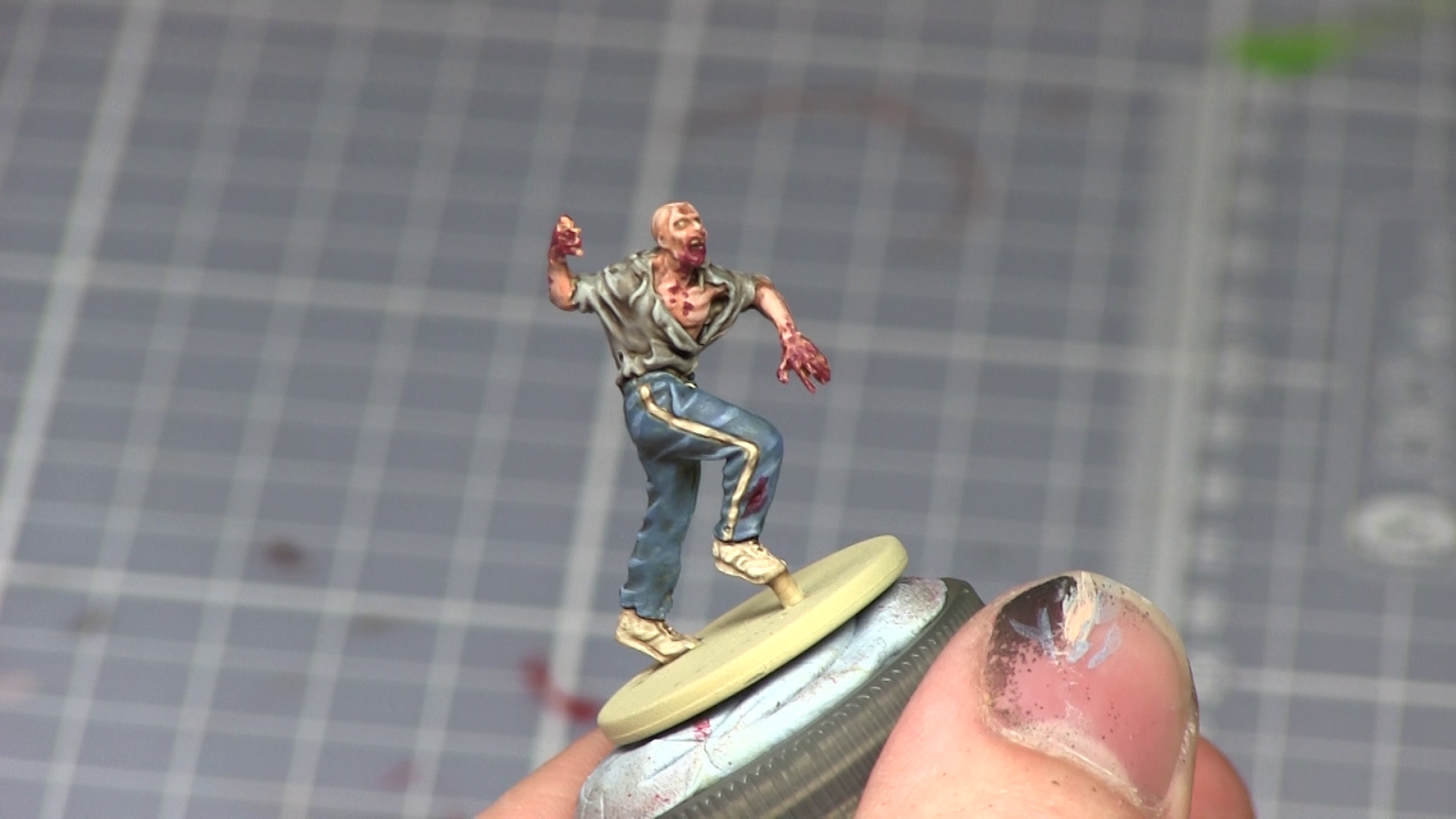 At this stage the Runner is looking far to clean. To remedy this we will first be using Crusted Sore around the mouth, hands and anywhere else that you might feel deserve some blood splatters. This was then followed by a further smattering of Glistening Blood to the same areas to represent the fresher blood. 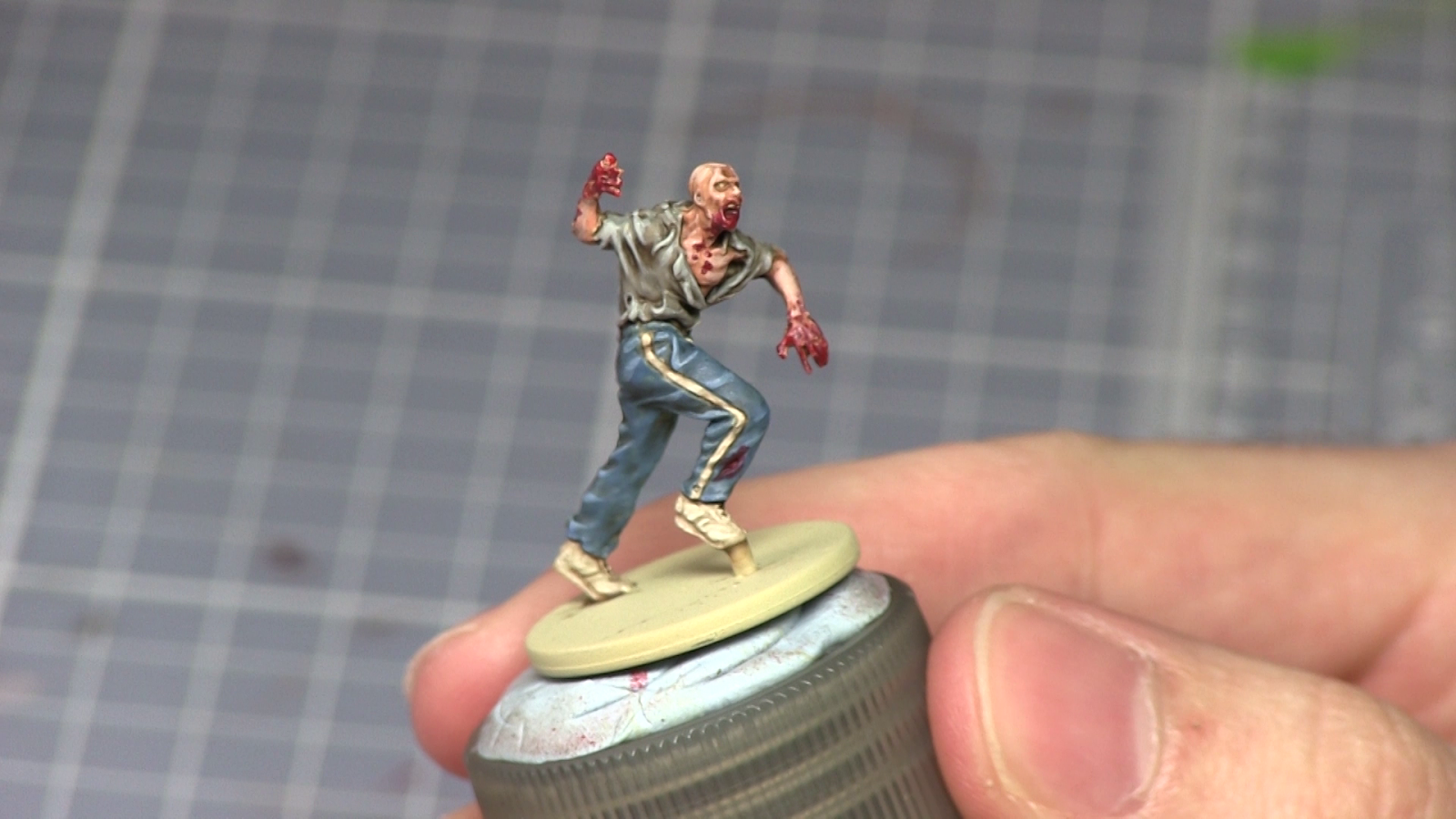 There we have the completed Zombicide Runner. Feel free to mix up the colors of the Zombies clothing in order to achieve some variety in your horde. Additionally, you could apply techniques shown in this tutorial to other Zombies from the Zombicide boxed set If you enjoyed this tutorial check out our previous Zombicide Tutorials below or if there are any other miniatures that you would like to see a tutorial for let us know in the comments.