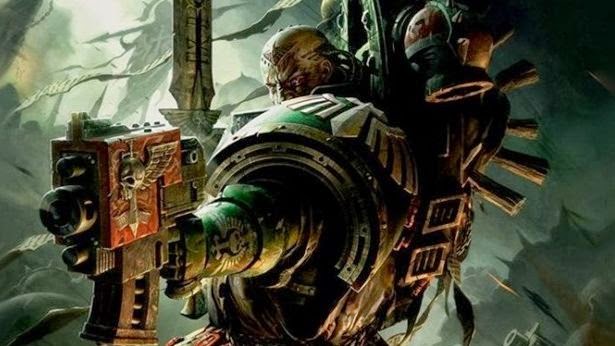 Catching up with a few rumors that dropped over the Easter period.


As to the suggestion of Azrael, I'm going to post this here. I heard a little tidbit that contradicts some information I posted earlier.

The Chaplain I heard about is also apparently going to be released separately rather than in a box set as I thought originally.

It was specifically titled a "Interrogator Chaplain" rather than just DA Chaplain ala the Blood Angel Libarian.

So as far as I know the release will just be a new Chaplain and Codex.


via Bloodthirster on Dakka


I'm not entirely sure if this is right, but I think I found a working redirect for a Interrogator.
dark-angels-interrogator-chaplain
It changes ala the Skitarri and Eldar ones. Couldn't find one for a new codex though...


On the new eldar


I heard it was a full new dex with a spotlight on the 5 major Craftworlds and some formations to represent some of their battle tactics. Whether the Craftworlds themselves will get anymore rules than that I don't know.

I heard new DA dex originally, but since this new tidbit I'm not 100%. I'm going to keep digging for new info.

Back to you from my slumber to inform you of something that has come to me from very reliable sources. You know that if you see no update Stubborn to Dieces is because we have a bomb.

Contents of the box ninth edition. April 24 in pre-ordering. All minis are new and bring the rules into and round bases.

This is the information that we can bring you. Keep you informed.”