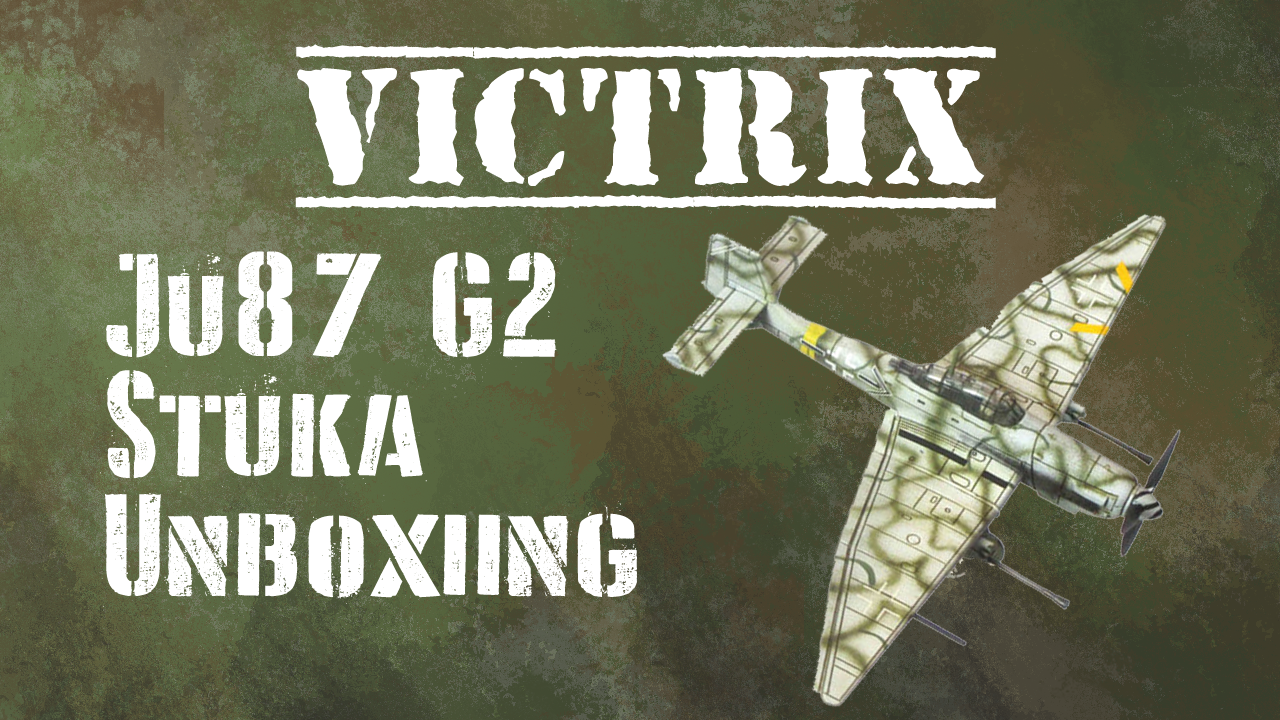 We once again return to Victrix in our latest product review however this time we are in a much more recent time period as we take a look at the Ju87 G2 Stuka Plastic Kit from Victrix. It's been a while since I last assembled any historical aircraft, my last being an Airfix Spitfire nearly 8 years ago.

In this article we will covering the contents, reviewing assembly and giving our overall opinion on the miniatures. In addition to this we also have a video review for those who would like to get an in depth look at the sprues and the assembled miniatures.

The Ju87 G2 Stuka kit contains 3 sprues each with enough parts to assemble a Stuka in 1/100 scale or 15mm. The planes also come with clear plastic, adjustable flight stands and canopy's as well as two options for landing gear. In addition to the kit the box also features a transfer sheet as well as an instruction manual complete with historical details on the Stuka. 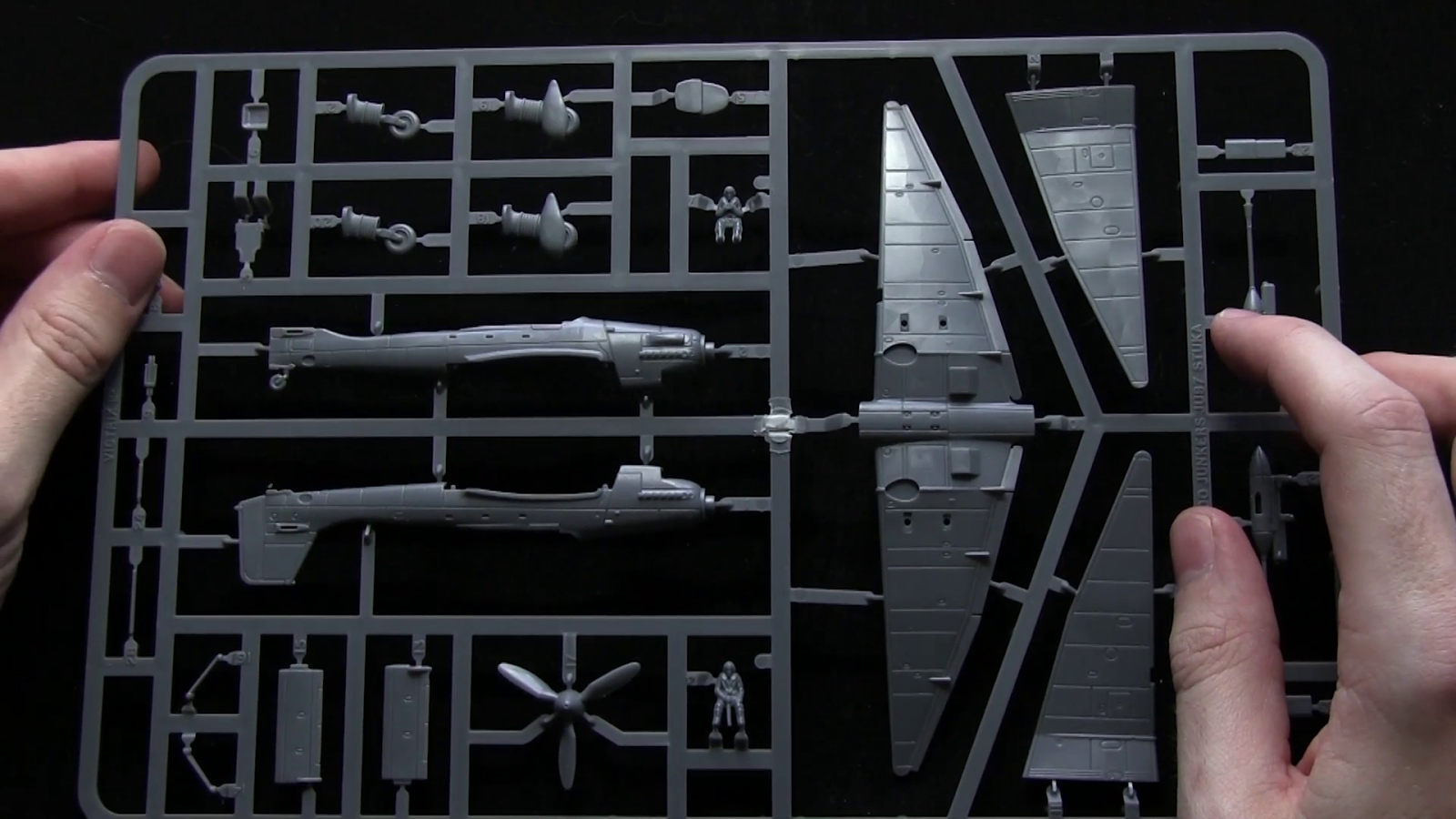 The sprue featured a numbering system for each of the parts, which combined with the instruction booklet, made identifying which part to use at each step very easy. The instructions are in full color and show several parts being assembled at each step. Whilst it was mostly clear to follow, there was one occasion where I had to un-stick some parts. This was due to a confusion over the order in which I had to glue the wings top panels to the rest of the miniature.

However despite this minor hiccup I was able to have a Stuka assembled within 30-40 minutes which included the time it took to clean up the components. Incidentally, there was little in the way of mold lines and those that were there had been cleverly lined up with the joins so they were not extremely visible to begin with.

Being in a 1/100 scale does make it more difficult to include greater amounts of detail and Victrix has certainly stepped up to the challenge with their Stuka. The paneling is nicely defined and some of the dials and controls are even visible in the cockpit. The planes are aesthetically pleasing and sturdy with the plastic being of a good strong quality. 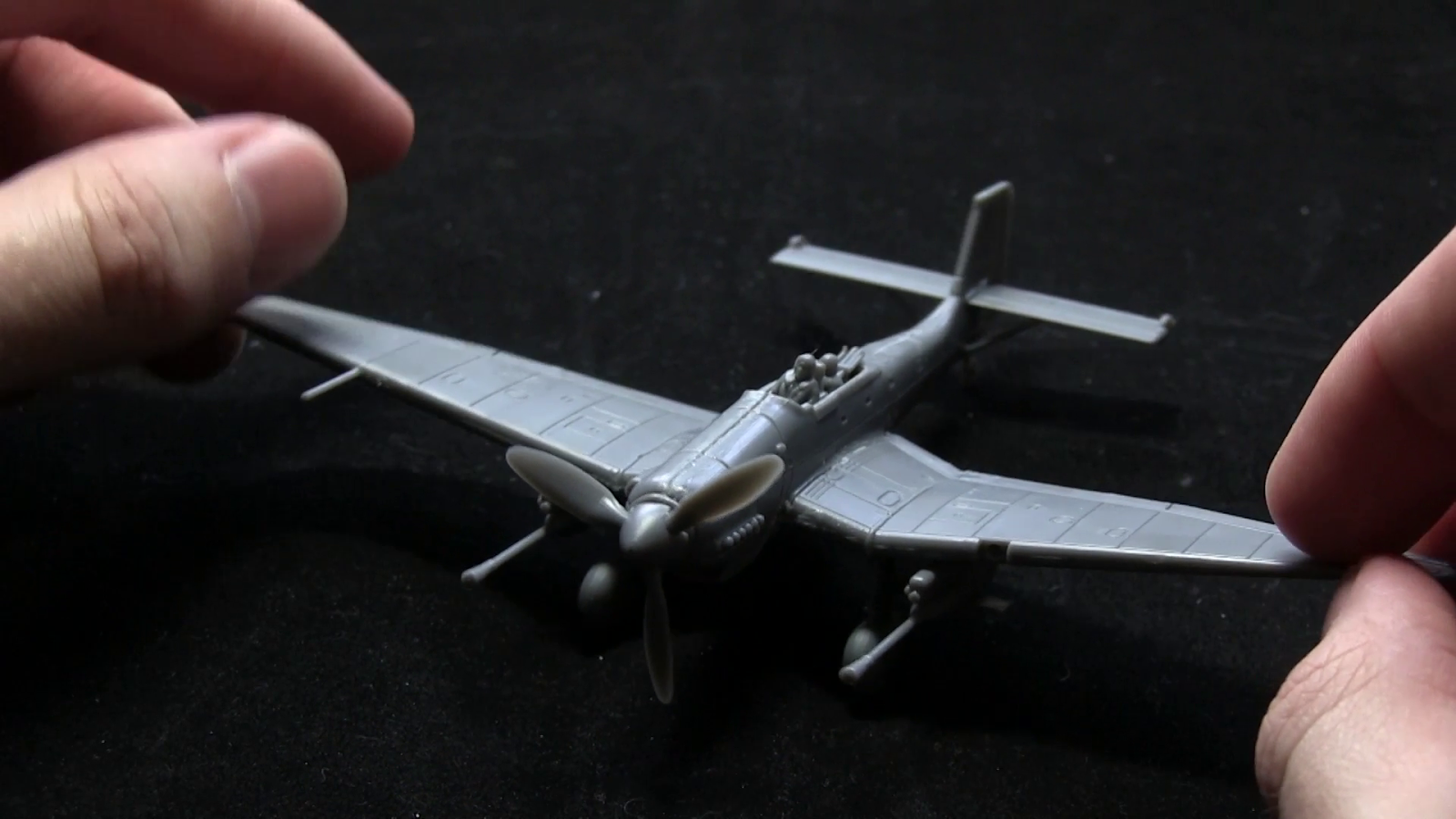 As I mentioned in the introduction it has been while since my last model plane and this Stuka really was a pleasure to build. There weren't an overly large number of parts and with the exception of one
small mistake it was relatively easy to build.

The finished miniature looks good and is nicely detailed which great, especially when your consider the price. At £24.95 (roughly $38) for three planes is extremely competitive. Fans of Flames of War and other 15mm WW2 games will be especially pleased to hear this.

So if you would like to pick up your own Stuka set then head over to the Victrix Webstore to pick up a box of your own.