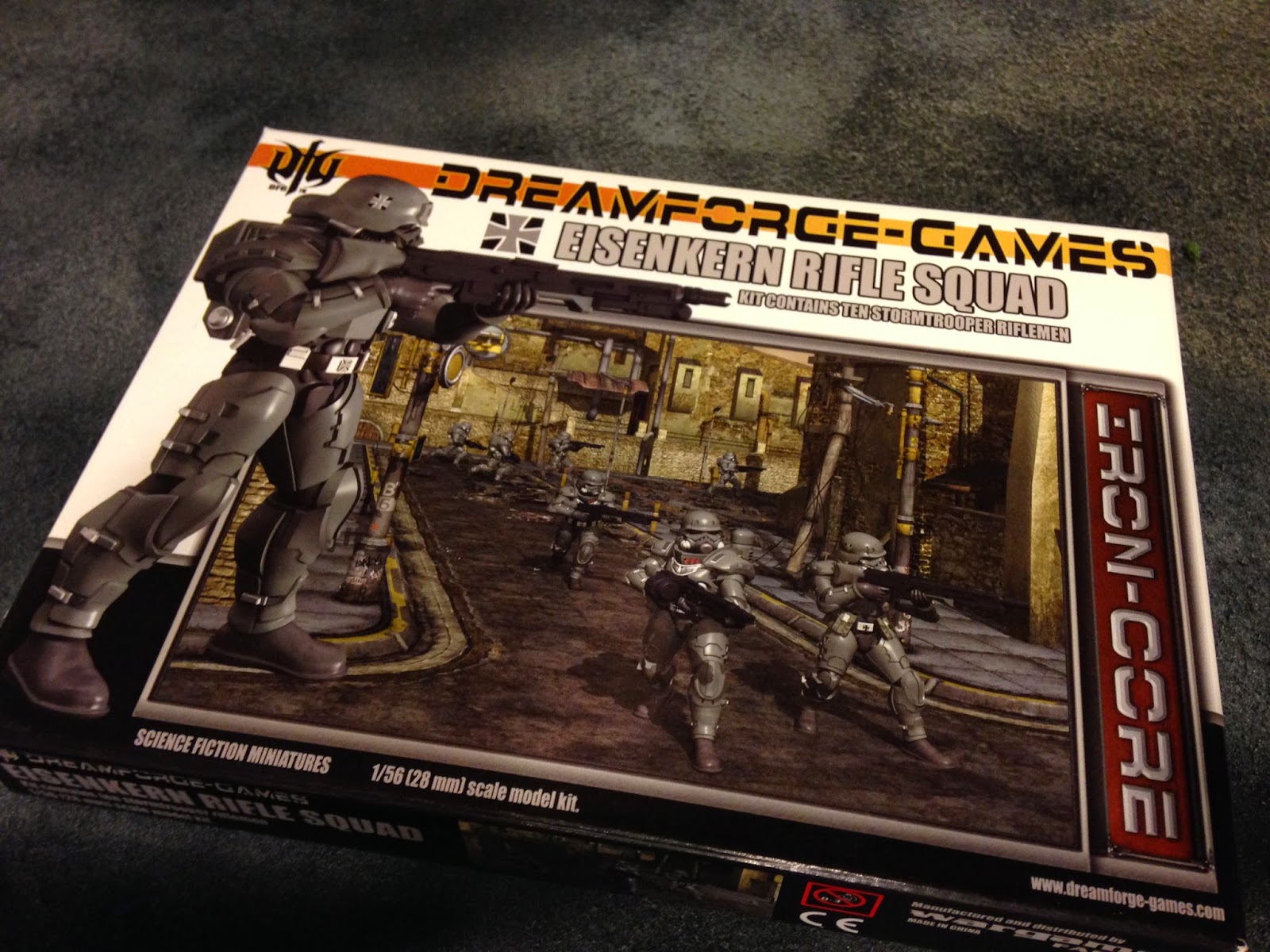 Dreamforge Games is releasing a growing range of science fiction miniatures that seem like power-armored infantry with a German World War II aesthetic.

The company is developing a rule set for use with this product, and it will be released along with a new release of an opposing force.  For the moment, though, these are stand-alone miniatures that can be used for any sci fi game in 28mm scale.  I will be using these models as specially-equipped Nazis for my Bolt Action Weird Science German Battalion (our Bolt Action games are more comic-book WWII than historical). 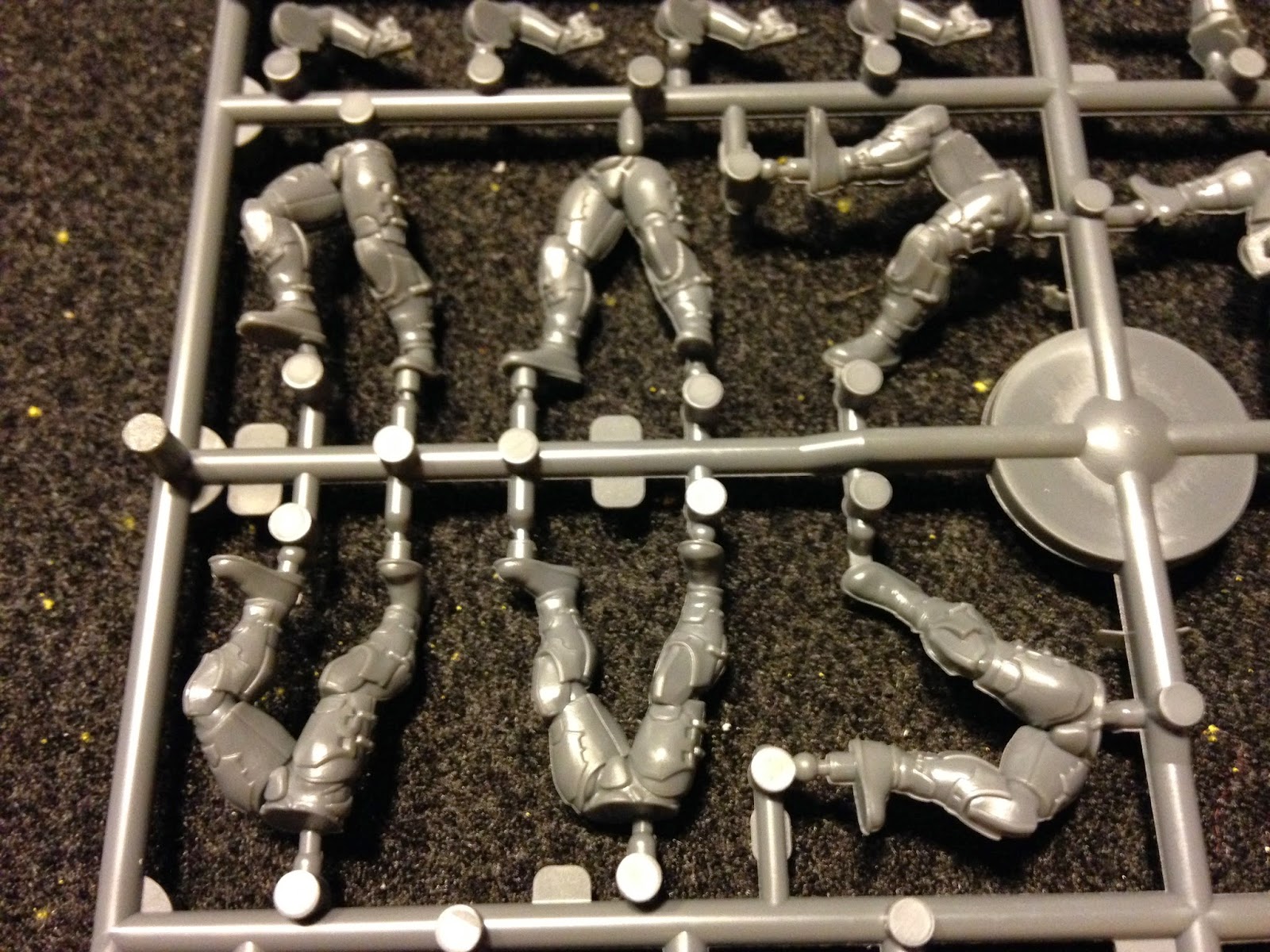 According to the website, the company started as a Kickstarter that allowed the owner/designer to partner with Warlord Games.  In general, these kits work nicely.  The models are well designed, nicely detailed, and they are well worth the very reasonable price of $22.00 (or less from some retailers) for ten models.

The components for all ten soldiers fit neatly onto two sprues, and the modelling is clearly of a very high quality.  The set doesn't offer a tremendous amount of choices in terms of weapon types - the box says rifle squad and that is exactly what you get  (heavy weapons and options are sold in a different box). 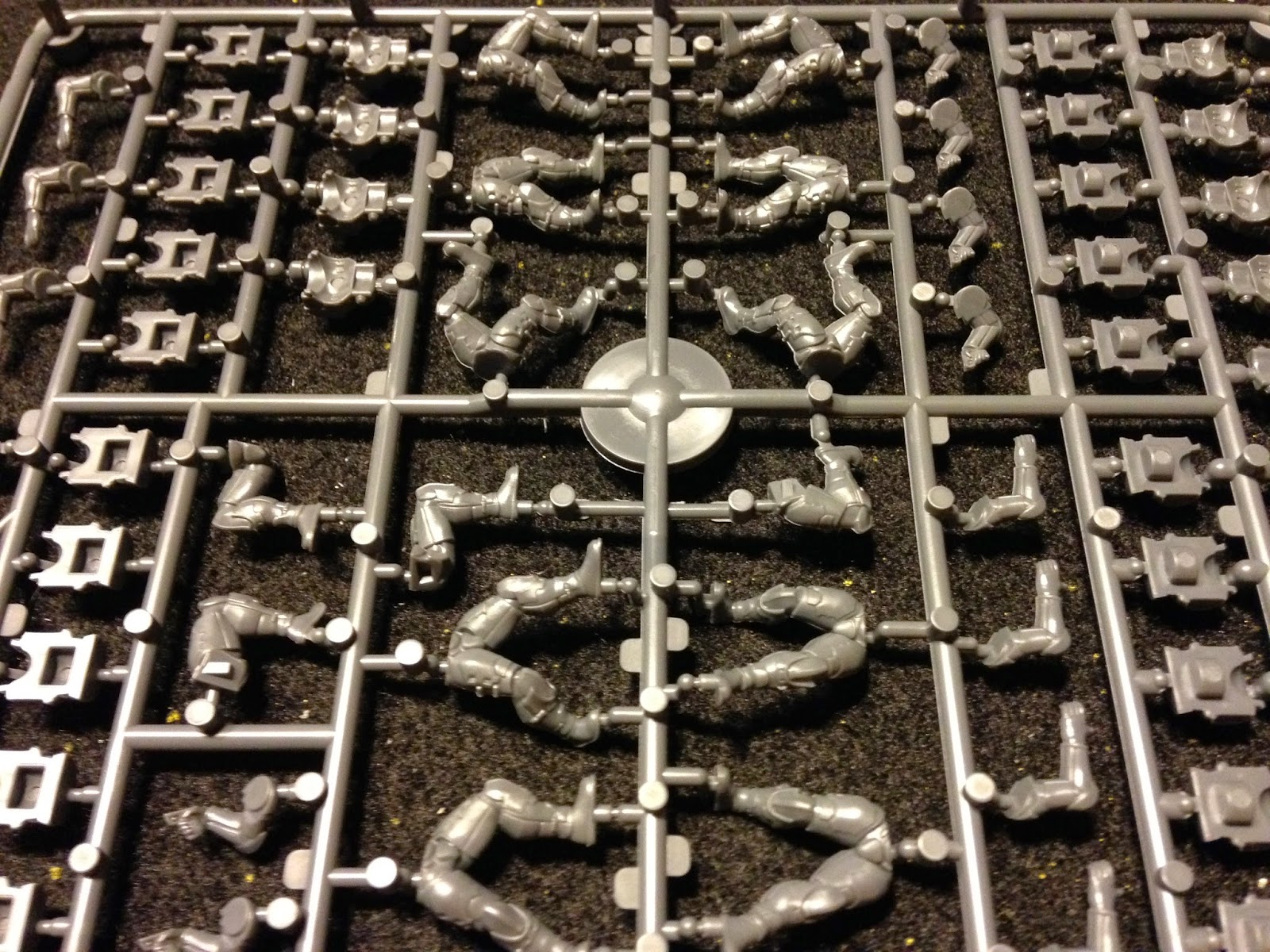 That being said, a wide variety of poses is possible with the various leg and arm choices, and the clear labeling of arm and weapon combinations makes assembly easy stress-free. The detail is also very good on these models, and the designer has provided lots of fun little buckles, straps, and doodads that make the scifi armor seem more realistic.


I initially thought that the feet might be a little bit small on these soldiers, but after having assembled them I like the way the feet look. They are wearing heavy armor, and the scale of their bodies to their feet and hands feels right for bulky, armored troops. 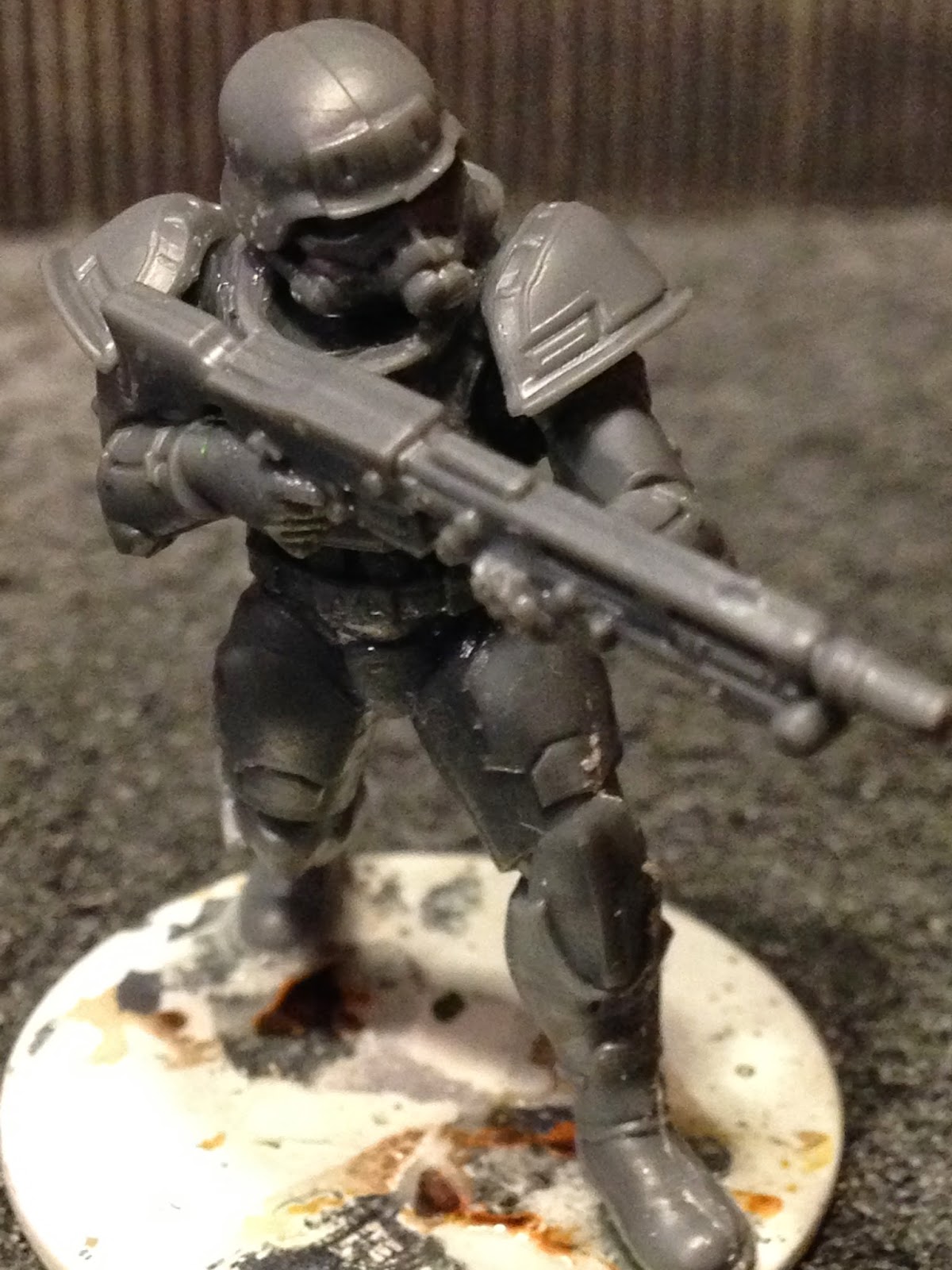 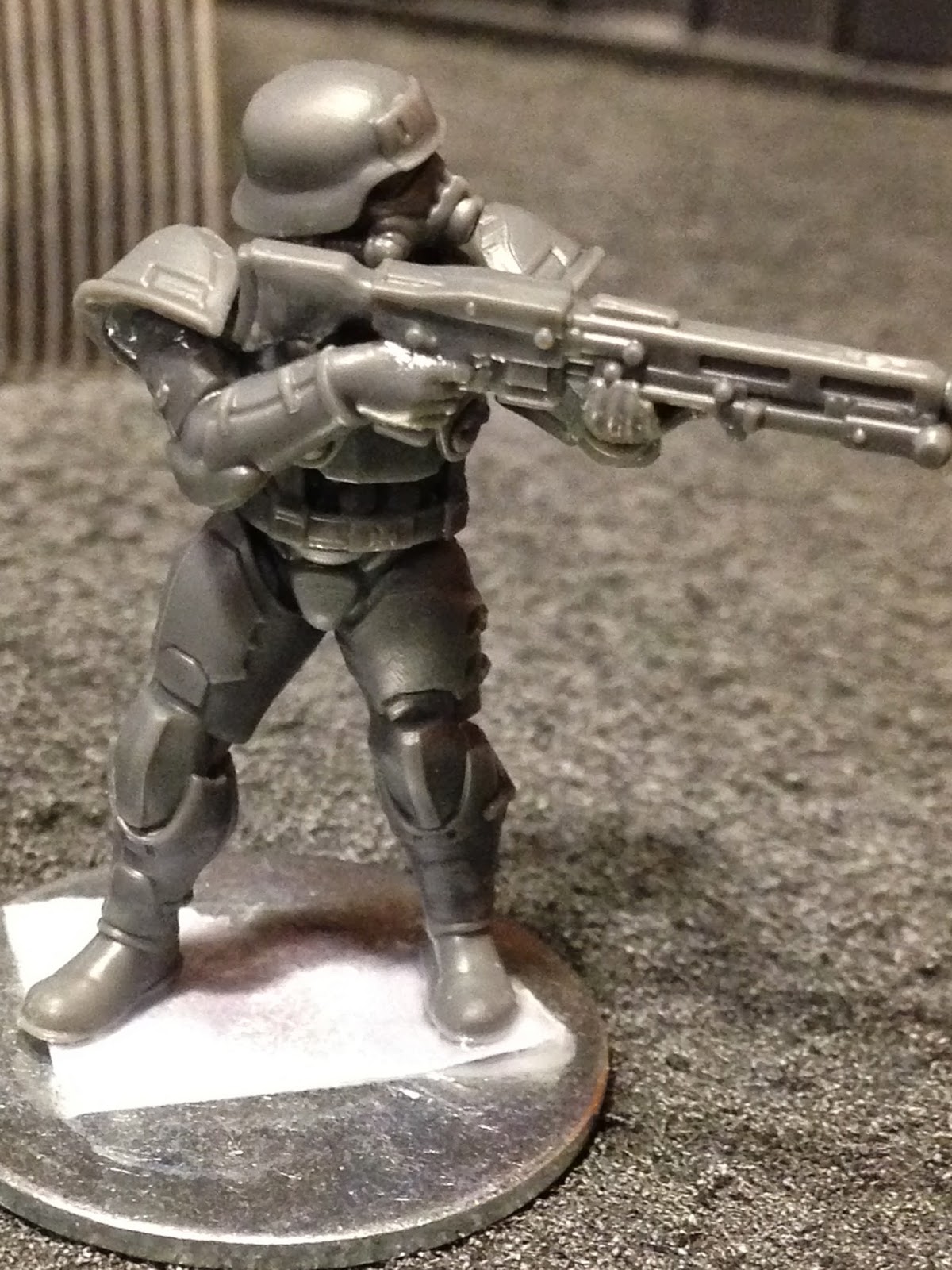 There are some small mold lines in some spots, and the slightest bit of flash needs to be sanded down here or there.  This prep work is minor, though, and is more or less on par with the plastic sprues of the better manufacturers.  The mold line on top of the helmet was probably the most pronounced, but it was easily sanded down with a file and it didn't detract from the overall quality of the models. 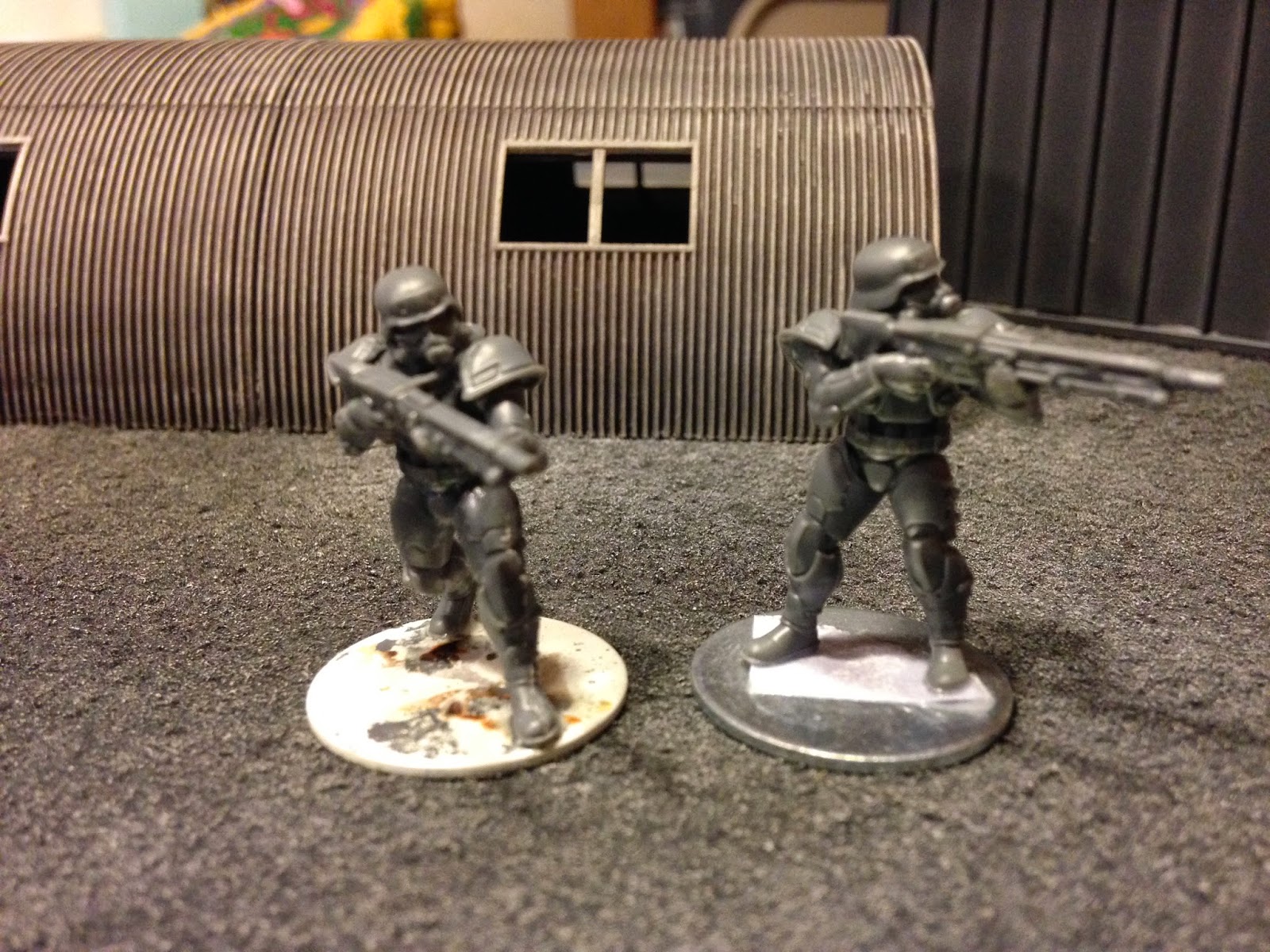 The finished product is a nice set of science fiction infantry in dynamic and interesting poses.  In general, I am very happy with these and I will definitely be buying more products from this company.  At some point, I will probably run out of space for these models in my Bolt Action army, but I can see using them for some larger science fiction skirmish games with some of the other units in the Eisenkern army (giant robots, APCs, armored sci fi knights).

The company is set to release an opposing force called “Shadokesh” along with their rules system, and I look forward to trying this game and seeing the opposing army’s miniatures.  For now, though, I think these models make great stand ins for games like 40K, Beyond the Gates of Antares, and Infinity.
By Ilan Mitchell-Smith