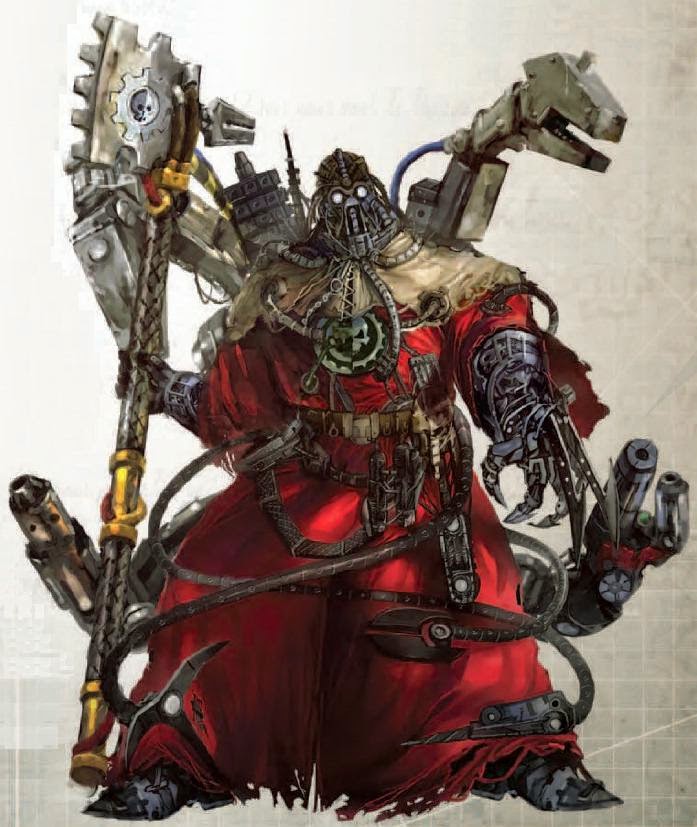 In case you haven't heard, the next White Dwarf will come complete with an Imperial Knight poster. So what? Well what really is interesting is what is on the back of the poster. In a complete U-Turn Games Workshop have printed the entirety of the of upcoming Cult Mechanicus units. If you haven't seen it yet, in can be found HERE

So what is going on? Why have Games Workshop printed what appears to be nearly an entire months worth of releases weeks before they come out? Lets take a look at the facts and see if we can find out.

Unless you've been living under a rock wargaming wise then you're probably aware of Games Workshops weekly release system. New releases are announced a week before their release both through White Dwarf and the GW website. As a result, we do not (officially) know what will be released until 7 days before they are available to buy. Which, as many would agree, is quite a strange release strategy. No doubt geared up to encourage impulse buying, especially when limited releases are involved. It has been this way since early in 2014 when GW moved from their monthly release plan to a weekly model whilst at the same time moving to a weekly White Dwarf.

However, this poster featuring several weeks of releases really goes against the current flow of things. If recent rumors are to be believed, the first Cult Mechanicus sets will not be released until the 16th May yet we are finding out about them officially two weeks prior to that. One obvious reason for this is the rumor mill itself.

Whilst Games Workshop, in the past, has held its cards close to chest in terms of its shiny new toys the leaks have always found a way through. Be it early deliveries of White Dwarf or sneaky independent retailers, you can probably get to see the new releases at least 3-4 days before Games Workshop wants you to. It's no secret that GW frowns upon this, with them threatening legal action against shops and websites that spill the beans too early. However, even with the threat of lawyers GW has failed to stem the tide of images getting out earlier than intended.

So have Games Workshop abandoned the Stick approach to leaks and gone for a more Carrot style of dealing with things. It's quite easy to think this when you see this poster. By getting their images out there first they can retain some semblance of control over what information people have. Even if it does seem as though Games Workshop have adopted a "can't beat 'em join'em" attitude. 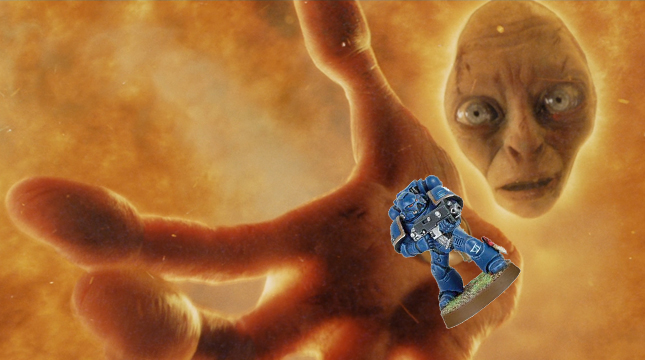 So what is there to make of all this? Have GW finally seen the error of their ways and realized the problem caused by jealously guarding their precious secrets like a wargaming Gollum? I sincerely hope so. However the cynic in me can't help but see this as yet another marketing strategy. After all, building hype for a product instead of relying on impulse buys also gets people buying.

Still it's nice to have hope. The whole one weeks notice system of announcing releases may have been a sound marketing strategy but it certainly left many fans a little disgruntled. With any luck these posters are the start of a more transparent Games Workshop and something that we will see more of in future. I for one am happy to see what releases GW are planning several weeks in advance, be it only to get some money set a side for all of the plastic crack.

What are your thoughts on this potential change of track for Games Workshop? Let us know in the comments.