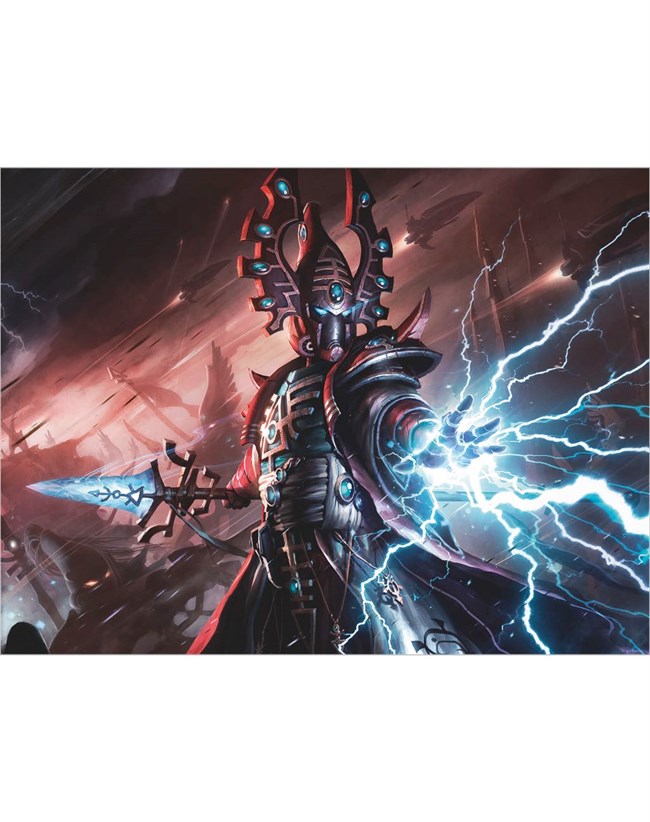 Okay, I finally agree, the sky is falling. I'm a narrative gamer. I don't play in tournaments and if I did, I would focus more on painting and modelling a cohesively themed army than points on the board. Having put that on the table, I have to say that even I am worried about the rumored new Eldar rules and the precedent they set.

Now then, I have resisted the waves of hatred that came with the multitude of books in the past that have been called 'OP' by the community. Even with all the crazy stuff that GW do, I don't tend to lose sight of the fact that I can do what I want and can play 5th edition if I want. Still, it's getting too much even for me now.

First, a quick recap for the unaware. A White Dwarf review confirms that Windrider Jetbikes can now, to a bike, take Scatter lasers at a cost of 27 points overall per model. And they're troops. It also hints strongly that Eldar are going to be riddled with Strength D ranged weaponry, which cuts down on the fun quite a lot too.

So throwing your toys out of the pram?

Not at all. I still love my Blood Angels and can't wait to start an Alpha Legion army for 30K when I get the chance. Although I might do a Crimson Fist army with Alexis Polux as their Chapter Master and just play them as if they were pre Heresy. Whatever, I still love 40K.

I hate these rules though. Whilst you are rarely ever going to see as many as 40 jetbikes (that would be £350 right there ($574 in made up money)) and nobody is going to want to play against that. It's still, however, an Objective Secured unit that moves quickly, is durable and carries heavy weaponry. Why in God's name should it be in the troops slot?! How can internal balance have been a factor when you're putting so much firepower in that slot?! It makes no sense to me and, with my tin foil hat on, it wouldn't surprise me to find out that GW like to build in a little bit of spamability (new word) into their books, especially for brand new kits that they need to shift.

So yeah, the jetbikes are a bit silly and will be annoyingly efficient on the tabletop. Not the end of the world. The thing I'm really very worried about is the possible proliferation of Strength D weapons. We do not need any of that going on up in here! If it is the case that Eldar are full of the D, then I am worried for books to come on the future. It takes the fun out of the game for me when you're auto-wounding and penning all over the shop. I can't get too passionate about it right now because I trust a sidebar in White Dwarf as much as a Tony Blair and George Bush love child, but damn them if it's accurate!

It's true, I don't have to be a part of this. I don't play Eldar or know anybody that does anymore. I will be totally unaffected by these rules. Unless I follow through with any of my plans to go to a Battle Brothers event at GW Prime or even spread my wings and go to Adepticon next year.
Then I might well end up having a couple of nasty games that spoil what will be a big experience for me. And, of course, that puts me off going in the first place. Which puts me off those sweet Crimson fists, made slightly taller and all Pre Heresy. Which puts me off painting the Death Company on my table right now.

And you see, if this sort of rules-writing continues, we'll have a very different game on our hands. The health of 40K will suffer and it's a hobby that I have carried with me for so long now that, like  many of us, I feel like it's mine. Like a death from a thousand small cuts, shoddy rules like this cheapen my hobby ever so slightly, but it still hurts.

By David Doherty
By Unknown