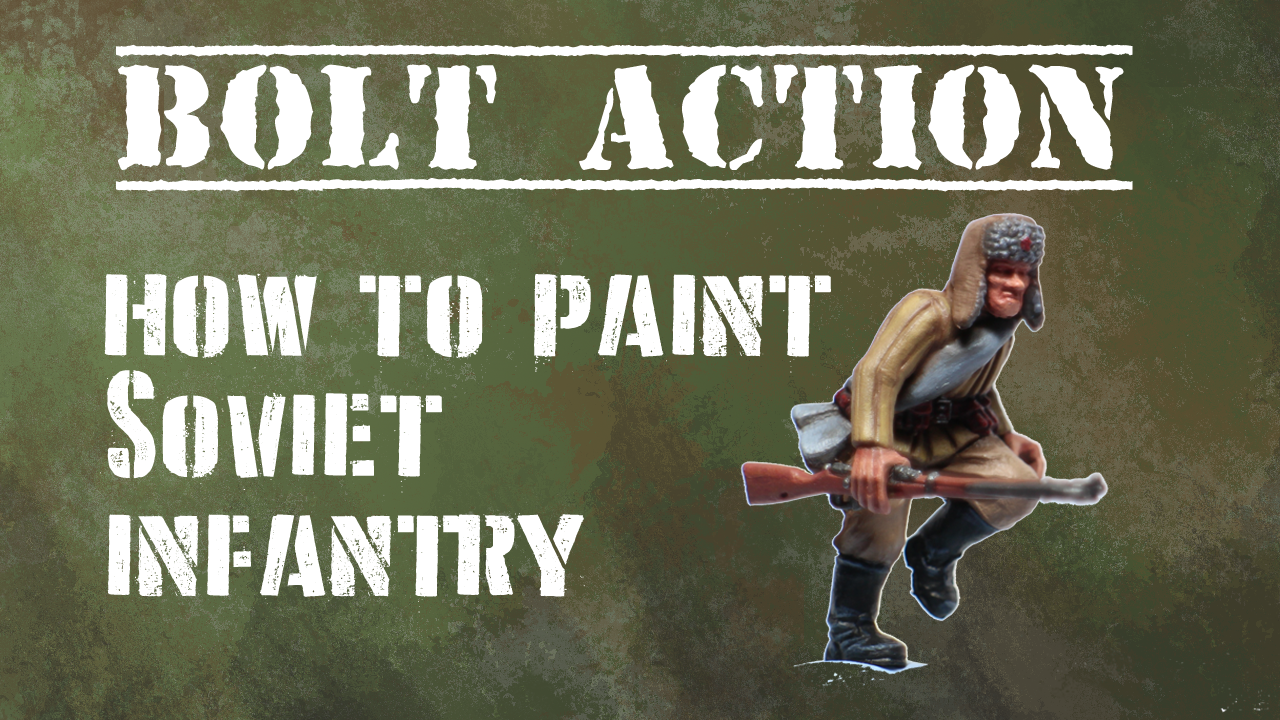 In our first painting tutorial for Bolt Action we will be showing you how to paint Soviet Infantry. Specifically those wearing Telogreika (quilted jacket) from the Winter set.

Making use of the Army Painters war paints we have a step by step guide for painting your Bolt Action miniature. In addition to the written guide we have also created a video that takes you through the steps from basecoat to finished miniature.

Below you can find the list of Army Painter paints required along with their Citadel equivalent. The colors aren't an exact match but they are close enough. I primed my miniature using Leather Brown as the miniature will consist of predominantly earthy tones. I applied this basecoat with an airbrush, however if you don't have access to an airbrush you could use the Leather Brown Spray Primer available from the Army Painter. Alternatively you could prime the miniature by painting on Leather with a brush however this will be more time consuming. A mix of Leather Brown + Desert Yellow was the first layer on the jacket. While it is not terribly important to avoid painting in the fold you will get a much less flat appearance if you can stay within the lines. A highlight of Desert Yellow was then used around the sleeves, collar and the edges of jacket. Finally a targeted wash of Soft Tone Ink in the recesses of the jacket will restore definition. The trousers and the hat can be painted in much the same way. Starting with a layer of Monster Brown be sure to leave the Leather Brown showing through in the folds of the material. Definition can be achieved by washing with Strong Tone Ink paying particular attention to the folds of the trousers. Both the bed roll and the fur on the hat can be base coated with Uniform Grey. This can then be followed by a Strong Tone Ink wash which will give the grey a brownish hue. A final highlight of Uniform Grey and Ash Grey mixed in 1:1 quantities can then be applied. Thinning this down with a little water will give a much better blend against the darker grey. 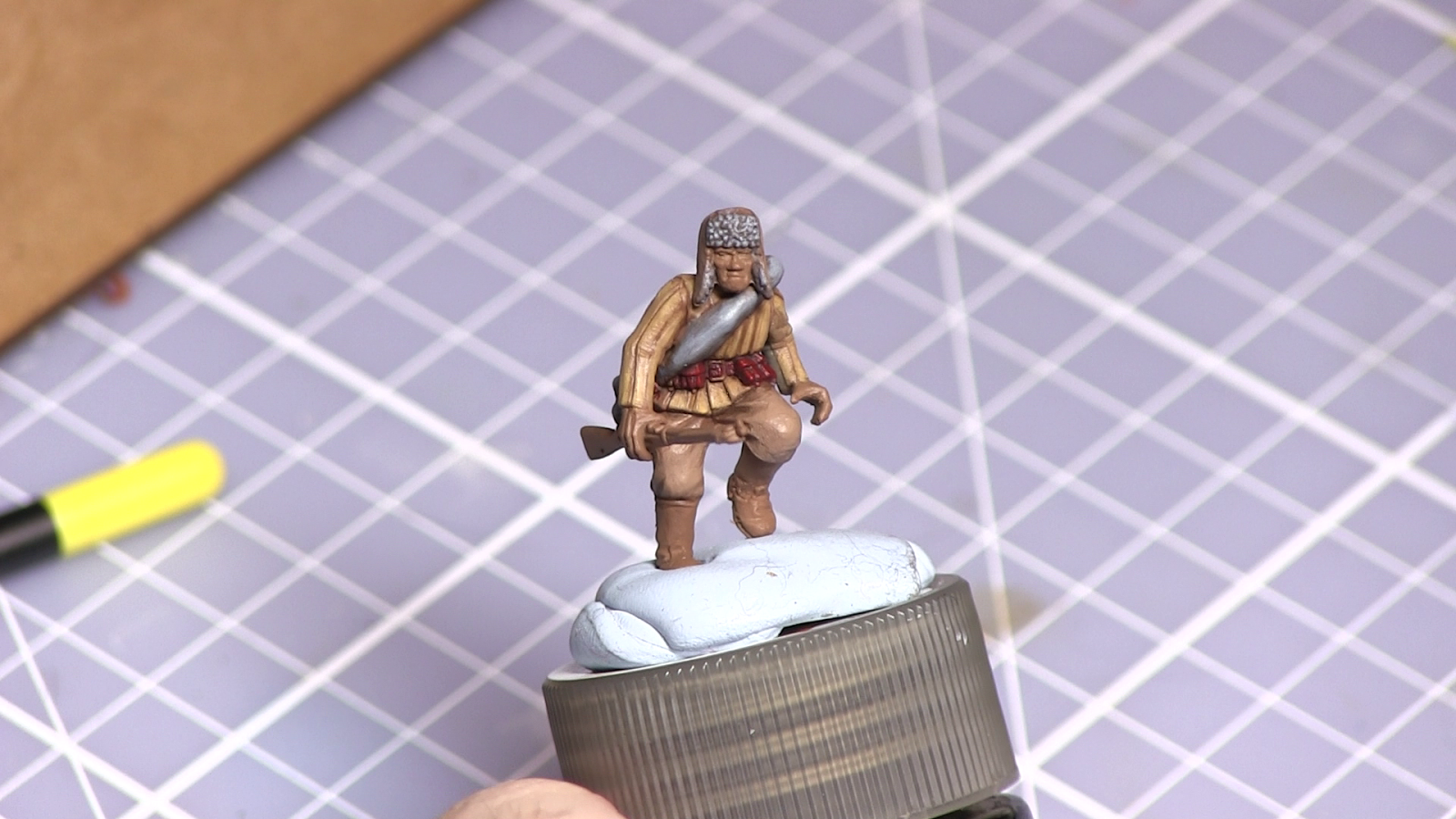 In order to recreate a red leather effect a basecoat of Chaotic Red should be applied to the webbing. This will be a little too bright so a Dark Tone Ink wash should be added. This will also have the adding effect of better bringing out the details. 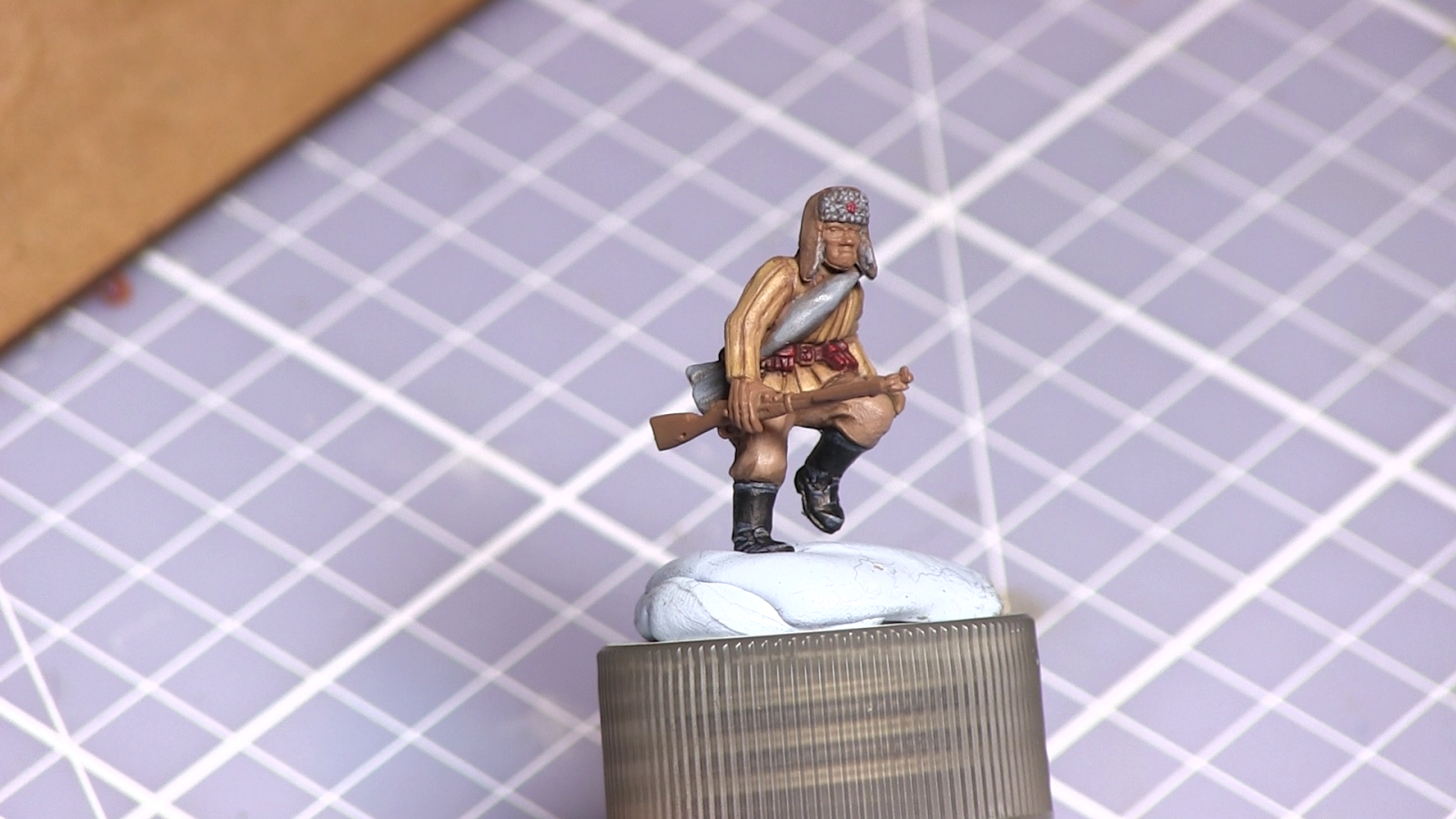 The shiny black leather boots should be first basecoated with Matt Black followed by a Uniform Grey highlight along the edges. To achieve a reddish stained rifle stock a base layer of Fur Brown can be used as a base layer. On top of this a wash of either Red Ink or Soft Tone Ink can be used to bring out any details. The metal workings of the weapon, along with any other metal on the soldiers person, should be based with Gun Metal. These metal areas can then be washed Dark Tone Ink. The first layer for the skin is Tanned Flesh applied evenly across the hands and face. This can then be followed by a highlight of Barbarian Flesh. This highlight should focus on the raised facial features, fingers and knuckles. The final step of this tutorial is a wash in Red Ink + Soft Tone Ink in a 1:1 mix. Rather than applying it across all of the skin it should be targeted mainly in the recesses. 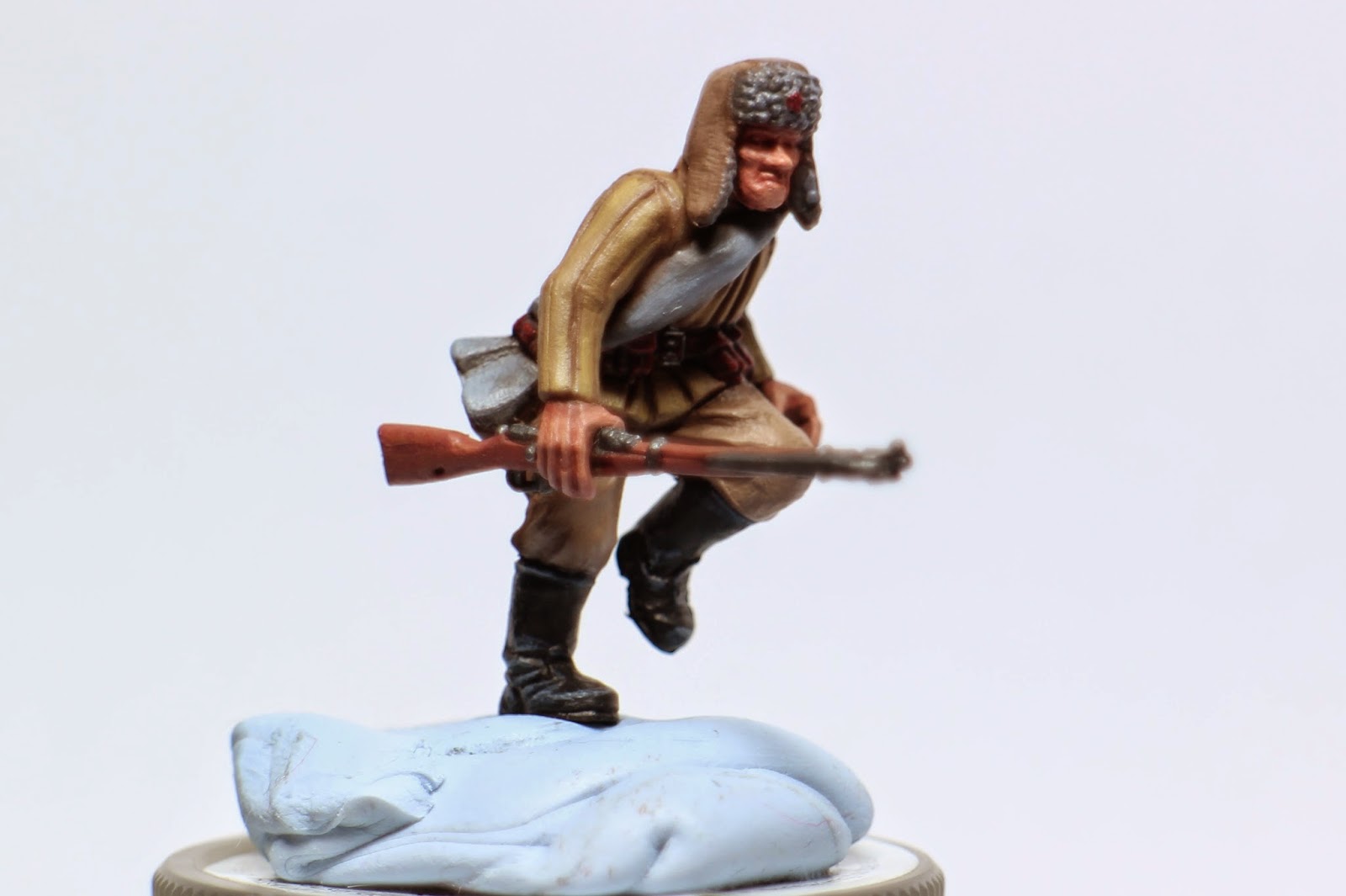 While this tutorial focused on Soviet Infantry in winter uniform it could be applied to any Soviet Infantry. Additionally, due to the huge variety in shades of Khaki used during WW2 feel free to mix up the colors slightly. For example mix in some Army Green with the trousers Monster Brown. Let us know what you thought in the comments along with any other Bolt Action miniatures you would like to see a tutorial for.