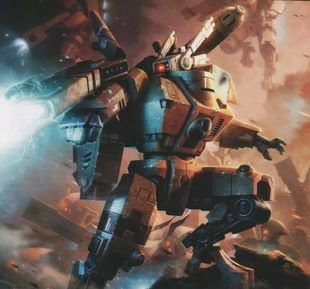 Apologies for not posting up the latest GW themed rumors that dropped over the last few days. My PC decided to malfunction so I took it out back for a traditional boot assisted trip up the garden.

The new PC is bougtht and in full swing now so I'll post up anything that appears from this point forth.

Anyway, it seems the Tau rumors are hotting up as Larrys little Bird in the Trees is at it again.

Tau Empire Release Info- New updated XV-?? battlesuit / Commander-battlesuit combo kit.
– New kit is strongly based on the current Commander suit, but not identical.
– New Kit is designed for much more dynamic assembly & posing options than the current range. – Many new Kroot models are on ice, but may be spun off into a separate release (Codex: Kroot Mercenaries)

Other than that though it's been a quiet few days.
By Unknown