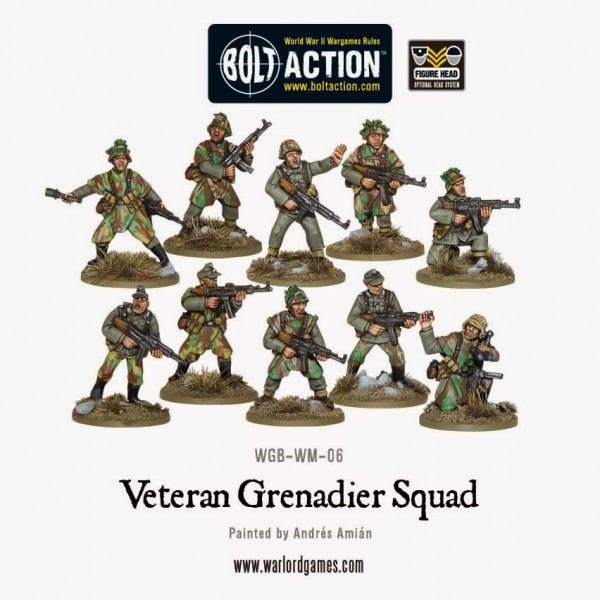 We once again return to Bolt Action as I take another look at some of the WW2 miniatures. Breaking our streak of Soviet units we take a look at the German Veteran Grenadier Squad.


Forming the grizzled resistance to the Allied assault of both fronts, the Veteran Grenadiers were armed with the deadly Sturmgewehr 44 assault rifle. We take a look at these hardy soldiers in our un-boxing of the German Veteran Grenadier Squad which contains 10 finely detailed miniatures each armed with an Stg44.