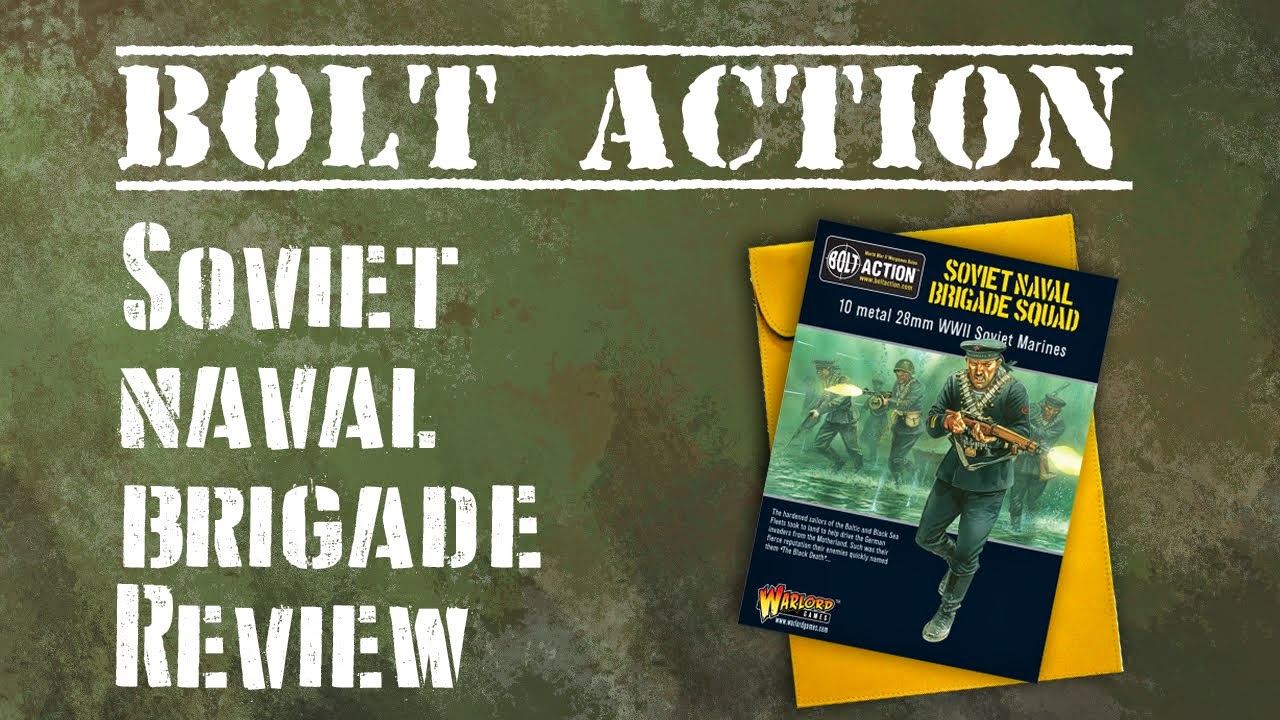 We are continuing our Bolt Action coverage with another unboxing of some excellent miniatures. Carrying on with the Soviets we take a look at the Soviet Naval Brigade Squad.

With the Russian fleet bottled up in the Black Sea and the Red Army in desperate need of additional troops these former sailors were pressed into service. Dressed in their dark navy uniforms and stubborn until the end they soon earned the names "Black Death" or "Black Devils" from their foes.

We take a look at these hardy soldiers in our un-boxing of the Naval Brigade Squad which contains 10 finely detailed miniatures armed with rifles, sub-machine guns and a light machine gun.