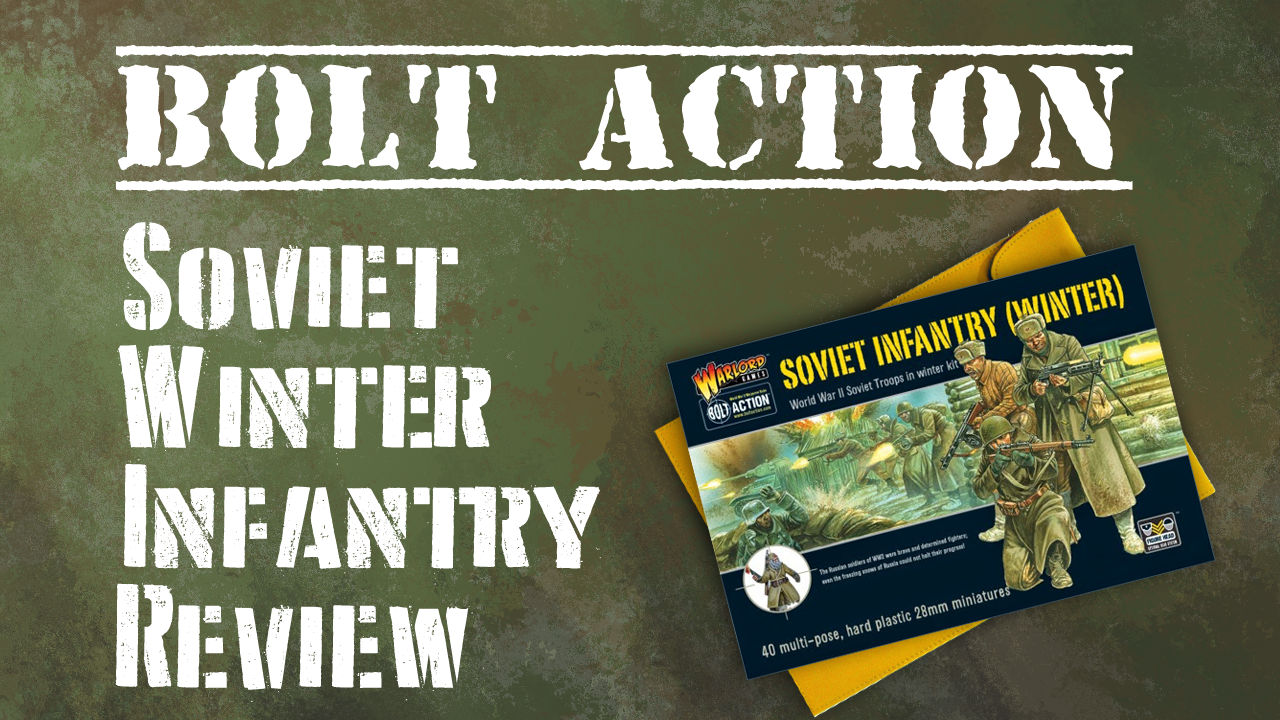 While the Nazi warmachine made great gains on the Eastern Front during the summer months they were ill prepared for the harsh Russian winters. This was not true however for the Red Army who had already learnt hard lessons of winter combat in Finland. As a result this Soviet troops were much more adequately equipped for the winter months than their German enemies.

Warlord Games has captured these hardy folk in their latest plastic kit for the winterized Soviet Infantry. 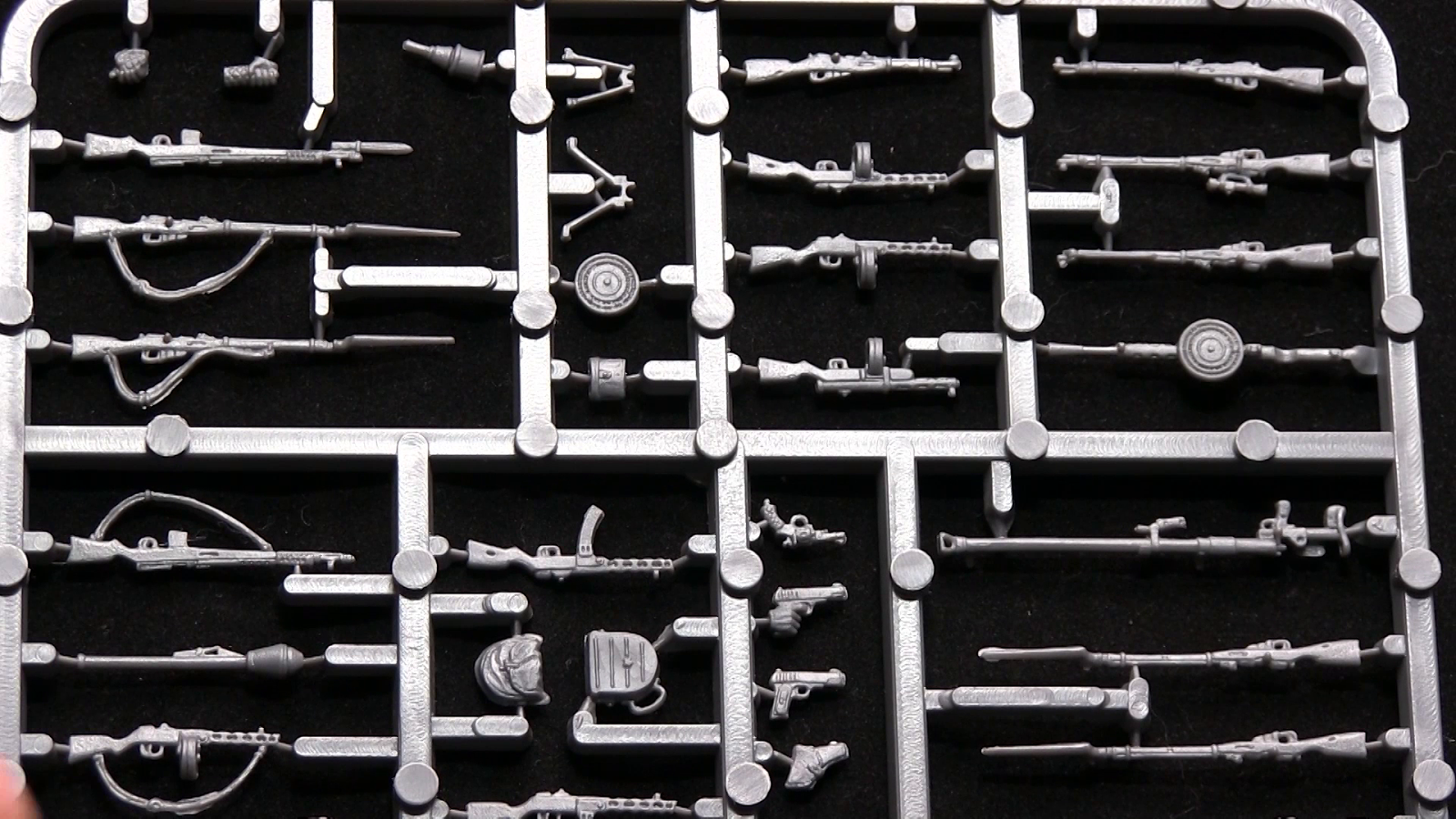 The set is divided across two sprue types; one for the weapons and the equipment, of which their are three of in the kit, and a sprue which contains the actual infantry. There are eight men to sprue which are in a variety of poses and stances including a prone soldier.

The infantry come in 4 main parts the body/legs, the head, the arms and the weapon. The kit comes with an instructions sheet which details arms and bodies are labeled according to which stance they are in and for what weapon. This saves a lot of time and headaches attempting to pair up the correct arms through trial and error. 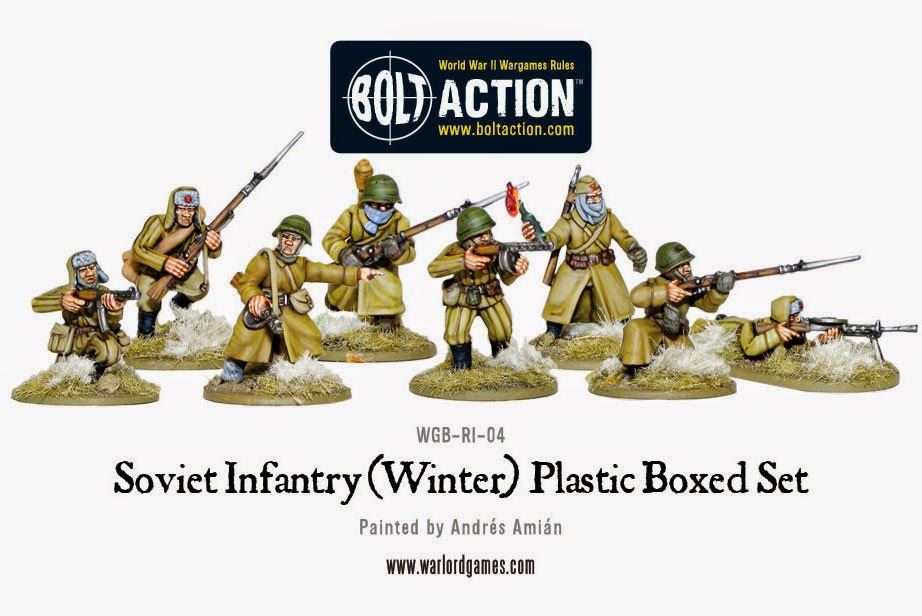 knife or file. Overall that the casting quality was excellent with the detailing being crisp and clear. On a side note, when assembling your Bolt Action miniatures I would highly recommend The Army Painters plastic glue. It doesn't set hard as quickly as other glues such as those from Revell. This gives you plenty of time to re-position your arms in order to hold the weapon correctly.

The assembled miniatures are a great representation of the Red Armies winter uniform. The infantry are equipped with greatcoats, quilted telogrieka uniforms, fur ushanka hats, mittens, scarves and felt boots. The heads are of particular note as their scarf wrapped faces adequately capture the harsh conditions these troops are fighting in.

If you're looking to recreate the winter battles of the Eastern Front these winter Soviet Infantry are a fantastic kit. Whether its the early battles in Finland or the frost gripped struggles in Stalingrad these characterful troops are a fantastic choice. The equipment and uniforms reflect the cold climates they are fighting in and have been faithfully recreated with and excellent attention to detail. The kit is of a quality we have come to expect from Warlord Games and will certainly not leave you disappointed.