Product Review: Romes Legions of the Republic (II) by Victrix 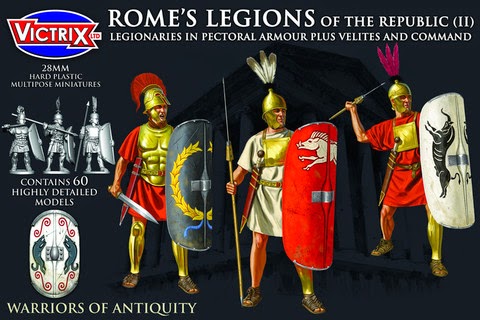 Once again we hop into our metaphorical time machine to head back to an age where laughing at a mans brown leather sandals would leave you with a nasty case of steel poisoning. That's right we are visiting the ancient worlds greatest warmachine in this review of Romes Legions of the Repbulic (II) kit by Victrix Ltd.

In this article we will covering the contents, reviewing assembly and giving our overall opinion on the miniatures. In addition to this we also have a video review for those who would like to get an in depth look at the sprues and the assembled miniatures.

The Legions of the Republic (LR) kit contains enough parts to assemble 60 28mm hard plastic miniatures. Of these 60 you can make the following:


These miniatures are spread out over 6 main sprues,each containing 8 miniatures, and 3 command sprues, featuring 4 miniatures each including options for a musician, standard bearer and centurion.

Weapon options include spears, pilums and short swords for the Legionaries whereas the Velites can be assembled as the earlier, and less heavily armed, Leves. The Velites also have the options for wolf skin cloaks which can be used to represent unit leaders. 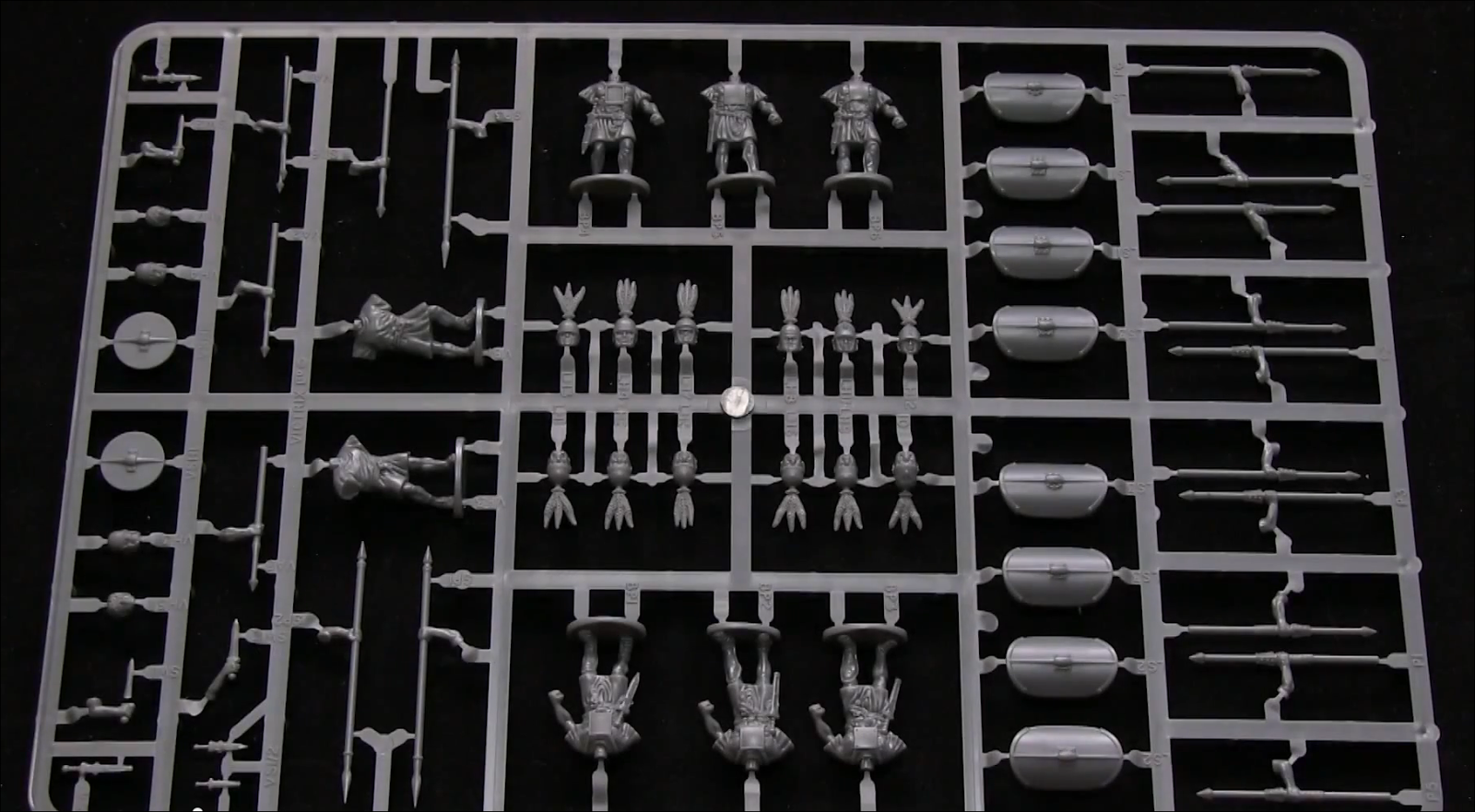 All of the parts on the sprue come with a handy labeling system consisting of a letter and a number. The letters represent the type and for which miniature it is for while the number identifies it within that group. For example, VH1 will refer to a Velites Head and is the 1st on the sprue. Combined with a simple guide on the back of the box finding the correct parts couldn't be simpler.

The miniatures themselves generally consist of a separate body ( consisting of a torso, legs and left arm), right arm, head and shield. Having to only glue together 4-5 parts per miniature makes assembling the full 60 miniatures a much easier task. This was also helped by how well the kits were cast. With only very slight mold lines and pretty much zero flashing to be removed cleaning up the miniatures was a simple job.

Historical miniatures always have an added task of being true to their real life counterparts and the LR kit meets these requirements nicely. The pectoral armor worn by the less wealthier troops and round 'Scutum' shields of the Legionaries represents those historically worn by Hastati, Principes and Triari around 160 BC. These small details gives the miniatures a nice flavor and will please even the most fastidious of history buffs.

Even if you disregard the historical accuracy of the miniatures they are still fantastic on a purely aesthetic basis. The kits are nicely detailed and have even managed to make a good job of completing the tricky task that is sculpting life like faces. The fabric is of particular note as it features realistic creases and folds and simulates movement extremely well.

My only qualm about miniatures in the LR set is the relatively static poses of the Legionaries. The Velites/Leves bodies have some nice throwing stances but the rank and file troops feature the same square on pose. While some degree of variation can be achieved by re-positioning the weapon arm and the shield it would have been nice to have a separate shield arm all together to allow for a much greater variety of poses.

Before I go on to talk about my overall thoughts on the LR set I have to point out the cost. At £29.95 (roughly $45) for 60 miniatures you really do get a fantastic deal. Whats an added bonus is that you also get some good quality and remarkable looking miniatures for what is a more than reasonable price.

What is also great about this set is that they also have a wider appeal beyond the historical market. Fans of Kings of War could make excellent use of the kit in a Kingdoms of Men force by fielding three 20 man units from a single box.

So if, like me, you have found yourself suitable impressed by Victrix's Romes Legions of the Republic (II) set then head over to there Webstore to pick up a box of your own.