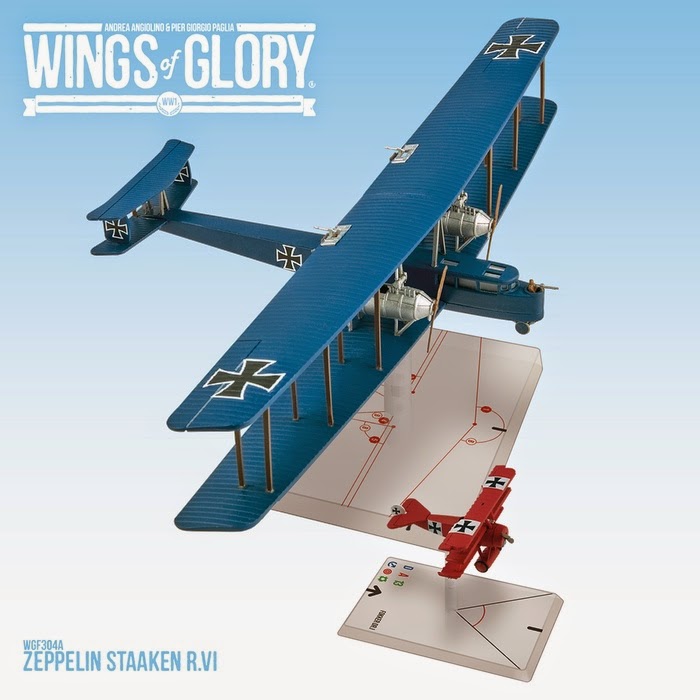 Wings of Glory WW1 is the tabletop aerial combat game that makes use of an innovative system of cards to control the gameplay. This 1/144 scale game comes with pre-painted & pre-assembled
miniatures and is heaps of fun to play.

Well Ares Games, the people behind Wing of Glory, are currently running a Kickstarter campaign with the aim to fund a new series of huge multi-engine planes. Wings of Glory: Giants of the Sky will supplement the current 26 strong air fleet with two new behemoths; the German Zeppelin Staaken R.VI & the Handley Page O/400.


As the Wings of Glory: Giants of the Sky kickstarter enters its final few days it continues to soar through its stretch goals. Including Ace cards, a Wings of Glory app and also a special Snoopy the Flying Ace miniature. 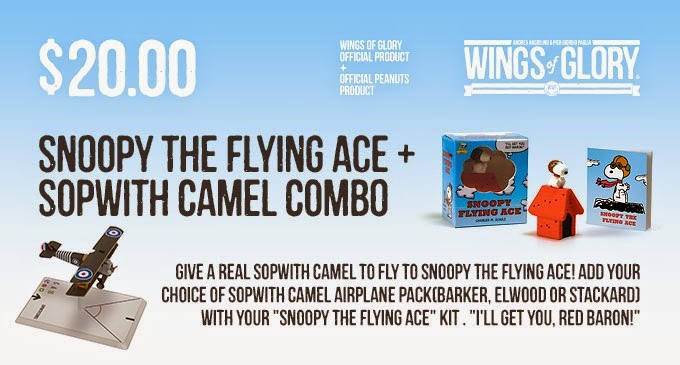 At the point of writing the campaign is close to 500% funded  is still going strong. Even if you are new to Wings of Glory this Kickstarter is an excellent way to get into the game with starter sets, some tokens and game play mats being included in the pledges. If you have yet to pledge then head over to the Kickstarter Page now. But hurry the last day of funding is this Thursday.

Also be sure to check out our recent videos for Wings of Glory where we review the gameplay as well as giving you a 15 minute crash course in playing the game itself: