As someone who has been playing this game off and on for about 17 years, I've seen a LOT of change. When I think back to the game before I played competitively, I remember the fun of discovering what has become a lifelong hobby.

For a lot of reasons, I've felt that 40k wasn't a balanced game. The power creep and mission structure combined like voltron to create a competitive scene that separated the try-hards from the hobby heroes, and this has led to the community being at best venomous (at least on the internet).
Meanwhile, other, more competitive games have come along and changed the wargaming scene. What will GW do to compete?

Maelstrom of war is a new mission system. 6 scenarios that will always use 6 objectives and a deck of 36 cards (per player). 18 of the cards focus on controlling a particular objective, while the rest are mostly destroying enemies in one phase or another. There are a few that involve controlling more objectives than your opponent, controlling your deployment zone and so on. you score objectives at the end of your turn by meeting the parameters listed. The card tells you what you need to do and how many points you get for doing it.
The scenarios differ from each other by controlling the amount of objective cards in your hand, and when you can draw more.
Why is this so good?

Read the above paragraph. Over half of the deck involves controlling objectives, and they are scored at the end of your turn. Not the end of the game. This means that the entire game matters, not just how things end. 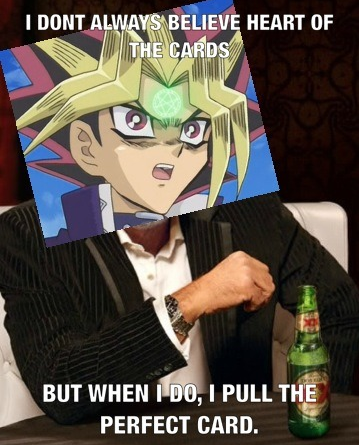 This changes the game IMMENSELY. Eldar players don't get to put 6 minimum squads of jetbikes in reserve to turbo boost onto objectives turn 5. If you are playing Orks, you no longer have to table that Grey Knights player in order to win at kill points. You now NEED to put mobility in your list instead of just more guns or else lose turn 1-3 before you even get a chance to kill your opponent, who will just play keep away until the game ends. Jetbikes are still good, they can still do the same job, but not in the same way as they used to. Everyone has access to mobility. Which makes units that would never see the light of day more than playable: COMPETITIVE.


With Maelstrom, you no longer have instant lose matchups because of the army you or your opponent are using. There are still bad matchups, but they can be played around. You have the possibility of turning a loss into a draw or even a win on turn 5 because of the randomness of the cards. But so does your opponent! This makes every VP important! If you have a choice between scoring 1 VP and killing an enemy unit, either option may end up winning you the game.

Every choice you make is important. In every turn of the game. You actually have to use your brain to win, instead of playing who can game the system more or who can but more starcannons on the field.

In a game where every choice matters and can possibly lose you the game, the better general will win.

By Alex, fiend of Slaanesh