WHFB: All Mounted - Can it Work? 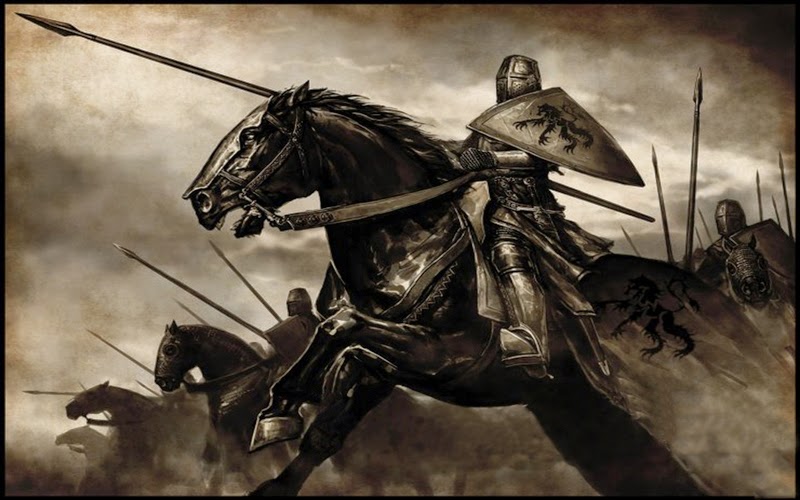 
The main reason I like to do all mounted lists is because I’m usually on a tight deadline due to having to make and paint a new army for the next tournament. With the points cost of mounted units there’s a lot less painting to do for your preparation, after all it’s quicker to paint one Knightly Order than five Spearmen.


The movement phase becomes increasingly dominatable (New word!) With the increase in movement, as well as many armies being able to take Fast Cavalry as their core, you can pick the fights that work for you, and become a thorn in your opponent’s side to pin down and remove.

If you’re not getting the charge with an all mounted list, something is going terribly wrong with your battle plan. Nearly all mounted units get the bonuses for the charge, spears, lances, devastating charge etc. Use the charges to strike your opponents soft points and break them.

There’s too many of Them

The clear inherent weakness of the all mounted list is big ranks of infantry. (Here’s looking at you Skaven) it becomes very easy to get bogged down and held up by steadfast, stubborn, hell even a lucky roll on a break test. Your knights are rarely as good in the ensuing rounds of combat, so use that movement phase to get around the infantry into the things you need to kill. Remember more than 100 points is a win, you can avoid those big ranked units to tackle the tougher low model count things.

Survival of the Fittest

When you’re paying a premium points cost for a model, every wound you take is painful. By finding ways to mitigate this loss, you can be victorious. Some of my favourite techniques Lore of Life, If you can’t be wounded, you don’t need to worry about taking wounds, plus growing guys back for those cheeky sneaky wounds becomes a much more powerful tool.

Magic Resistance, Magic Res seems to have taken a hit recently, but in my mounted list I always try to squeeze as much as I can in, especially on those heavily armoured knights just begging for a Searing Doom. For more fun, combine this with a Scroll of Shielding and watch as your opponent wastes his power dice against your 2+ Ward Save.

So who can do it?


There are plenty of armies who can run all mounted lists, and each varies quite dramatically in style, So as a challenge submit your best all mounted army, the rules are simple, everything and everyone must be mounted on a warbeast, chariot or monstrous beast, and in my next article I’ll put up the best one. Here’s the list of all the armies who can run All Cavalry Lists.


A guest article by Dan White
By Unknown