GW have dropped a cheeky binary code on the back page of their White Dwarf for next months issue (61). 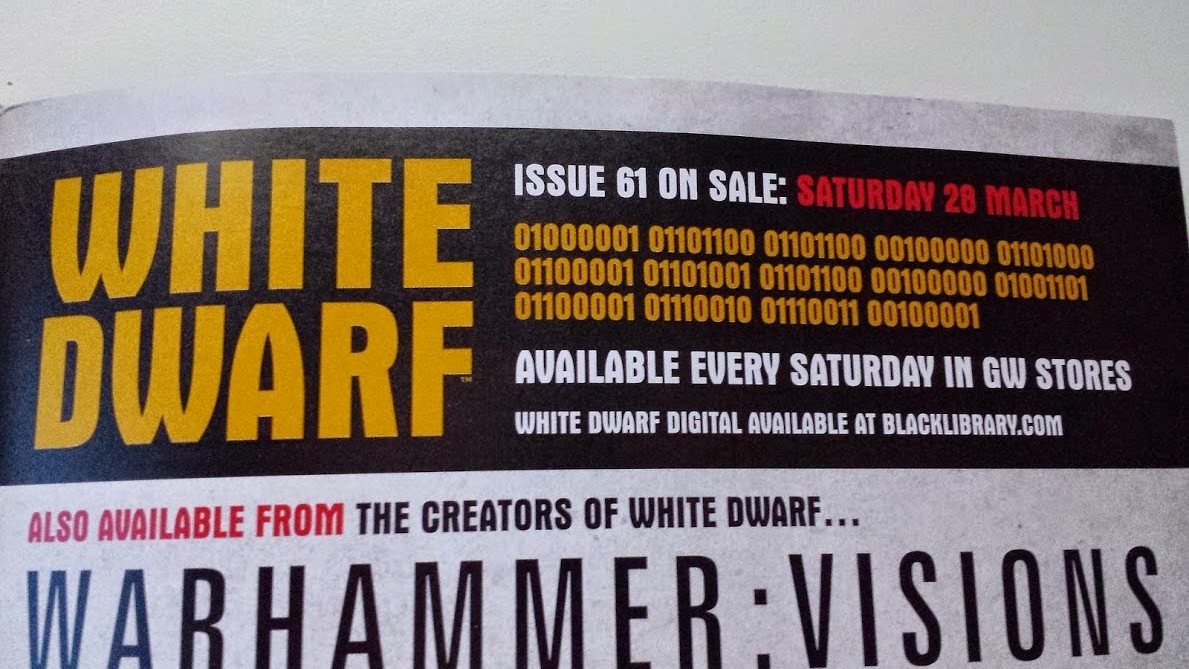 
Rumors have put the Ad Mech release at supposed to be at least Harlequin levels for new models, and if they bring in Engineseers and Servitors there should be a decent level of options for building an army with.
Add in Guard or Scions and it could be one heck of a cool army.
Though my big hope is FW brings Mechanicum stuff out to add to the Ad Mech options.