The miniaturised rulebook- or minidex- has really taken off this last year or so. What started off as additional supplements to existing books is now turning into a new wave of unique stand-alone books which bring to the table some of the rarer forces from Warhammer 40,000's expansive lore. With Codex: Harlequin's recent release, and the announcement of codex: Skitarri, I thought it would be fun to explore other opportunities for "mini-releases" in similar styles to the formerly mentioned examples. Whilst not all of these are likely to see the light of day, I hope that many of you agree that they would make for fascinating new factions to the game. 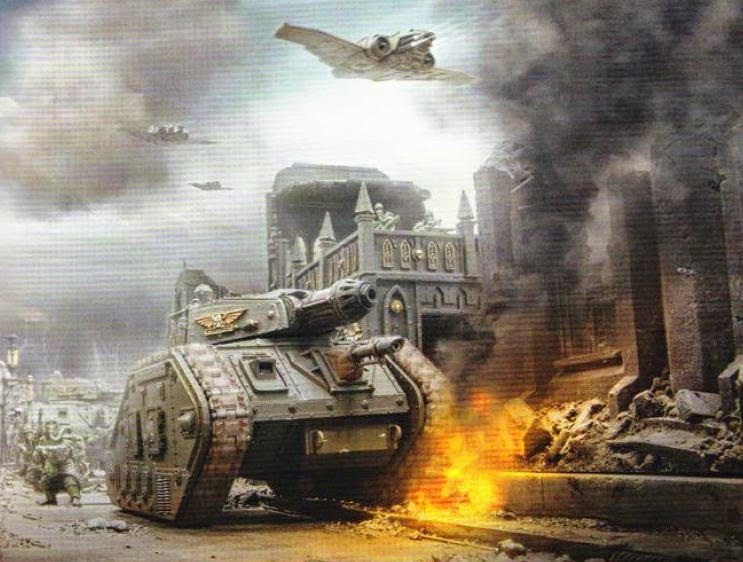 Forge World have tried this a couple of times in the past with various PDF and hardback releases, and they are a popular choice for many Imperial Guard players who love their armour. Whilst it is possible to run something akin to a tank company by using the tank commander HQ choice and maxing out the Heavy Support slots with Leman Russes, you are still stuck in the Troops department to infantry: mounted infantry at best. A full tank company list would see tanks left right and centre, and would be a great opportunity to release support vehicles which would have a valid use in an all-tank list. A techmarine-like vehicle (such as the Atlas) would make for an interesting unit to run, and the list of relics would be equally fascinating. I can imagine relics such as famous Leman Russes or unusual pintle-mounts being added to an ornate HQ tank. With 7th Edition's rules on objectives, needing infantry to score is no longer an issue for gamers, and any objective-catching issues could be ironed out in this book.

Daemonkin books for the other Chaos Gods

Codex: Khorne Daemonkin is proving to be a real stroke of genius and is receiving praise before it's even hit the shelves, proving how popular this kind of idea is to Chaos players, many of whom want to run a mono-god list with potential. And given how popular the upcoming Khorne book is on the forums, doing the other three is a no-brainer on GW's part. The Daemonkin book is a great way of reintroducing the concept of thematic mono-god lists to a new generation of gamers, without players having to resort to count-as or being forced into using other gods' units to be vaguely competitive. A Daemonkin release is really simple to achieve and requires no new kits in theory, so depending on how big Khorne's new hardback takes off, we could very well see releases for the other Gods.

A classic group from Warhammer 40k's long history, which remains a popular faction in the minds of gamers and fans of the fluff. Such a book would give Tyranid players something they have long been missing: an ally. This book would likely combine  the more basic units (guard, Ogryns etc.) from Codex: Astra Militarum with a few Tyranid units (aka Genestealers) and  hive-mind orientated psyker units, and a set of rules to represent the different stages of the hybrid hierarchy. I imagine that the army would play like a close-combat orientated Guard army: lacking the more advanced resources, but still a capable army with increased close-combat potential and  greater emphasis on stealth to represent this shady organisation of cultists and vanguard aliens.

A mini-dex formed from a mini-dex? Whilst this idea is perhaps the least likely to materialise from this list (seeing as many will just use Codex: Skitarri or the Renegades and Heretics list from Imperial Armour Thirteen) it is still an interesting idea. It would share many features of the upcoming Mechanicus book, but perhaps with a greater emphasis on daemon engines like the Forge Fiend and Defiler (which also saves GW designing more kits). Even so, I doubt it would be different enough from codex: Skitarri to justify. Still, one can dream... 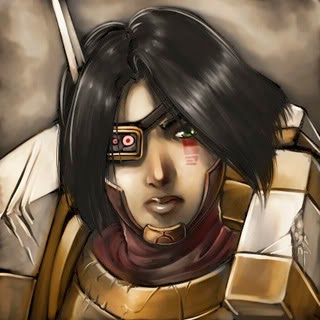 Gue'vesa, or human allies, have long been canon in the Tau fiction, but never have they been brought to the table as an official unit. Imperial defectors, mercenaries or humans from worlds liberated by the Tau, these men and women are the perfect way to blend parts of the Tau and Imperial forces into one concept. Whilst unlikely to receive the entire arsenal of the Tau or Imperial armies, this book would give Tau players another helpful ally, one which can either bring to the table a guerilla-like combat style befitting a mercenary role, or some of the Imperial's wide variation of infantry-portable weaponry, to give the Tau troops a better degree of readiness against any foe, without relying on Riptides or Hammerheads to take on the bigger creatures and vehicles out there.

The story of Warhammer 40,000 is so vast and complex that it is impossible for Games Workshop to represent it all. But even so, there are some clear favourites that this gaming giant could take advantage of, releases which would appeal to the many gamers who want to bring to the table something a little different.


Written by Matthew Davies
By Unknown