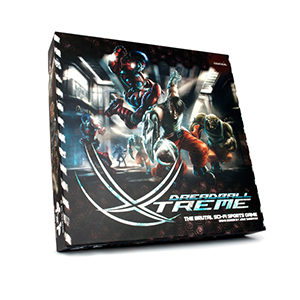 In this unboxing we return to the brutal sports game set in the far future, Dreadball. However this time around the games are even more bloodthirsty. Welcome to Dreadball Xtreme to violent cousin of the organised play of DreadBall. In this game the foul book has been thrown out of the window and you can be as violent to your opponents as you want, until they return the favor of course.

DreadBall Xtreme feature 31 miniatures in total all of which are cast in hard plastic and are (mostly) pre-assembled. These 31 miniatures are split into 2 teams, 9 individual Free Agents and 2 Sponsors; the ever present Blaine and The Warden. I will be looking at these groups individually. 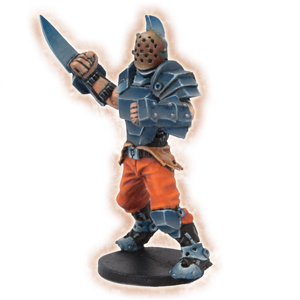 The Convicts are your typical futuristic group of prisoners. Sporting jumpsuits, scavenged gear and the iconic sci-fi convict accessories, the explosive collar. The team is constructed of various humanoid players with the Jacks and Strikers (known as X and X) being the most human-like. The Guard (known as ) is a hulking alien with huge arms tipped in three fingered hands and a no doubt thick skulled head. This guard is one of the only miniatures within the DreadBall Xtreme set to not
come pre-assembled and for good reason. In the box you get a choice of two arms and two heads for the guard, one of which is the standard version designed for normal guards whereas the other options features armor and DreadBall Glaive. The latter being reserved for a Guard who has been promoted to the position of a Keeper.

Opposing the Convict team we have the Asterian Kalysi, consisting of blue skinned lithe females whose elegance is only matched by their honed warrior skills. The Kalysi have two miniature variants one for the Striker and one for the Jack with both being skimpily clad in what can only be described as an armored bikini. As with the convict team the Kalysi also come with 'downed' players who can used to represent a player who has suffered an injury and is currently writhing in pain. These miniatures are great as they allow you maintain a level of immersion that cannot easily be matched by simply lying a model on its side. 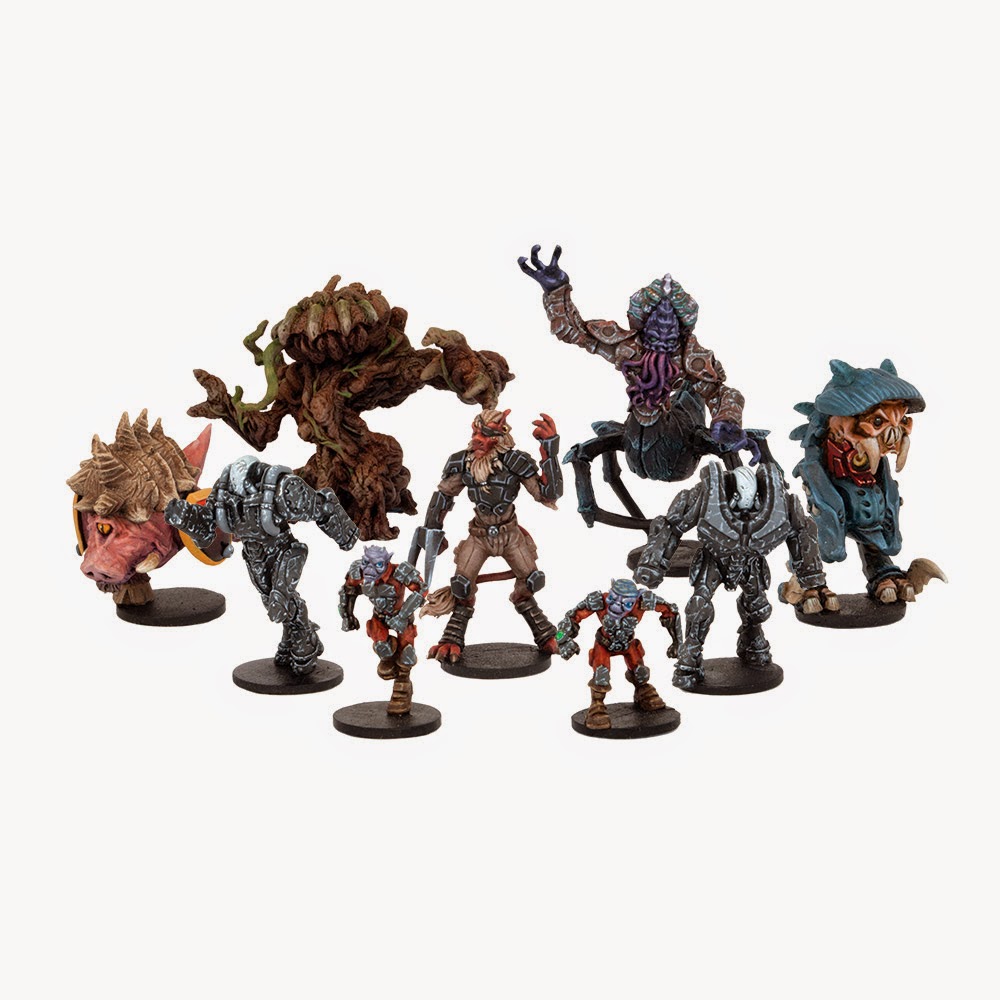 Free Agents come in a range of different shapes and sizes from the small and sprightly Zee Buccaneers to the gruesome Nameless Bloodsucker. This unique characters are fantastically designed and really enrich the fauna of the combined world of Deadzone, Warpath and DreadBall. The Free Agents also serve to plug any gaps in your teams strengths. To slow? Then take some Zee
Buccaneers! These additional player help to make the more free form team building of Xtreme that much more balanced.

While I don't plan to go into too much detail on the DreadBall Xtreme rulebook (this will be reserved for a future article) it is worth a mention. As expected the book details how to play Xtreme, those of you who are familiar with the rules of Dreadball Original shouldn't have too much of a problem as the basic mechanics are the same however there are a number of areas in which the rules have changed. The pitch is now square as opposed to rectangular, there are still strike zones but these have are positioned slightly differently. This new pitch will also be strewn with crates and containers some of which can be trapped, primed to go off when an unwitting players strays too close. But probably the biggest change is the complete lack of referees. This means that players will not only be allowed but also required to fight dirty. After all, it isn't called Xtreme for nothing.

As we saw with the original rulebook, the concepts are nicely laid out with play by play examples included to help explain the rules. This makes it exceptionally easy to pick up an play the game which, when coupled with the (mostly) pre-assembled miniatures, means you could feasibly be playing Xtreme within an hour of opening the box.

DreadBall Xtreme is a great entry point for new players of DreadBall. Everything you need to play can be found in the box including some great looking miniatures. What's great for the collectors among you is that you not only get the two teams you also get the weird and wonderful Free Agents and the calculating Sponsers; Blaine and The Warden.

Existing players of DreadBall get a fantastic expansion for their game with new teams, features and whole new (and brutal) way to play. Not having that pesky Ref Bot around allows you to get in some real bone-crunching action and a whole new level of strategy not seen in DreadBall Original.

So what are you waiting for? Head over to the Mantic Web Store for your very own piece of the brutal sports game that DreadBall Xtreme.