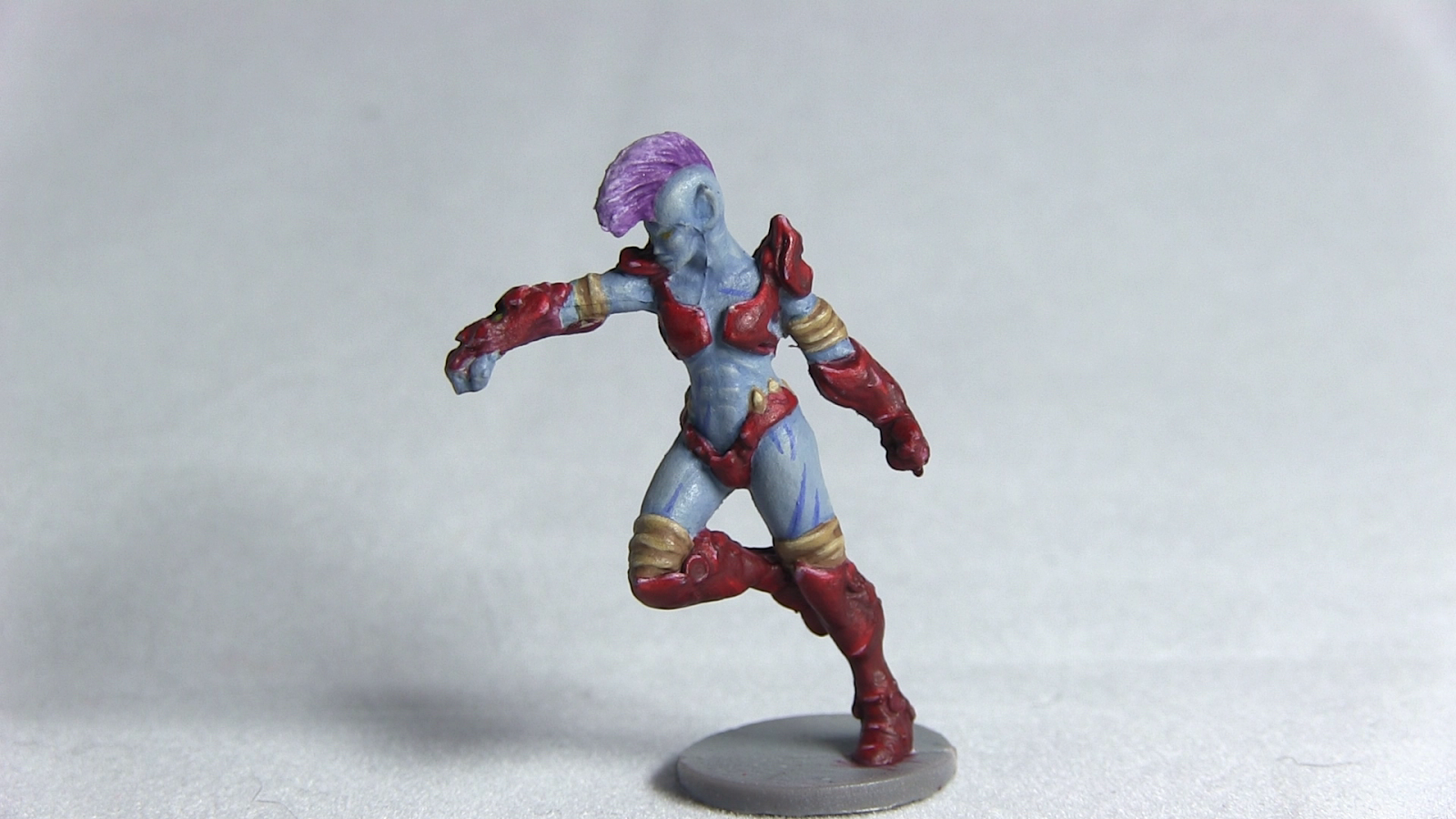 In this tutorial I will be showing you how to paint the second team from Dreadball Xtreme, the Khalysi.

Making use of the Army Painters war paints we have a step by step guide for achieving a look similar to those painted by the Mantic studio. In addition to the written guide we have also created a video that takes you through the steps from basecoat to finished miniature.

Below you can find the list of Army Painter paints required along with their Citadel equivalent. The colors aren't an exact match but they are close enough. I primed my miniature using Ash Grey as it would provide a good base of color in which to add the lighter colors to.. I applied this basecoat with an airbrush, however if you don't have access to an airbrush you could use the Uniform Grey or Matt White Spray Primers. Alternatively you could prime the miniature by painting on Ash Grey with a brush however this will be time consuming and not provide an even coat The armor should be basecoated with Chaotic Red followed by a layer of Dragon Red. When applying this layer be sure to allow the Chaotic Red to show through in the recesses of the armor. With the first layer completed a wash of Red Tone Ink will help blend the shades together whilst also enhancing the depth of color. Finally a very thin highlight of Toxic Boils should be applied to corners and the upper sections of armor. 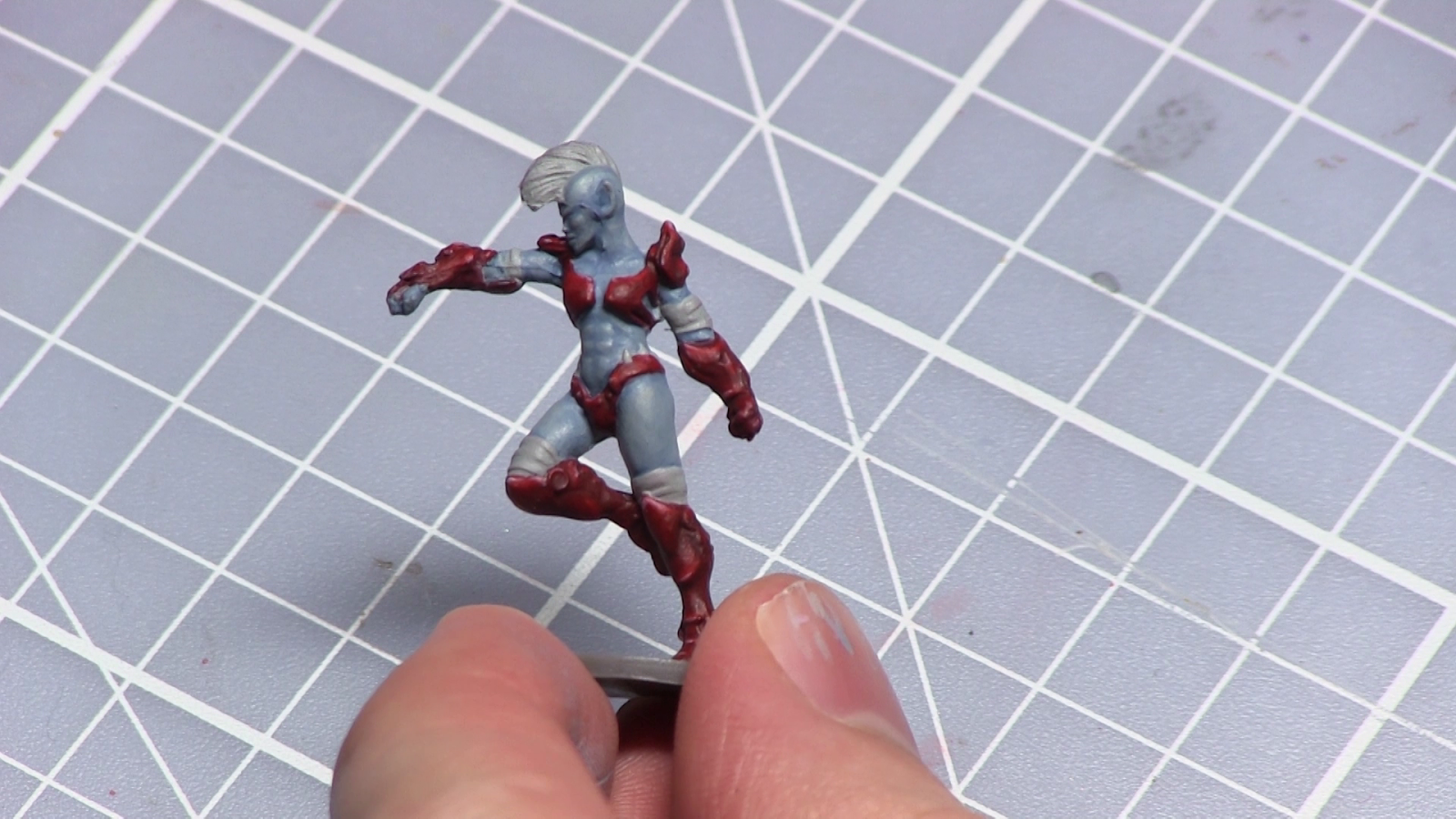 The basecoat of Wolf Grey should cover nicely over the grey primer however thinning it down slightly will provide a much smother coverage. The first layer should be a mix of Wolf Grey and Ash Grey in 50/50 quantities. This should applied to the upper sections of skin paying particular attention to details on the face, stomach and the fingers. The tattoos should follow and 'tribal' like style and be applied with a thin brush for best results. Thinning down the paint slightly will also allow you to get a much finer point and an easier application. The bandages should first be painted with Monster Brown followed by a Soft Tone Ink wash to provide shading. Desert Yellow can then be painted onto the raised areas of the wraps followed by a thinner highlight of Skeleton Bone. 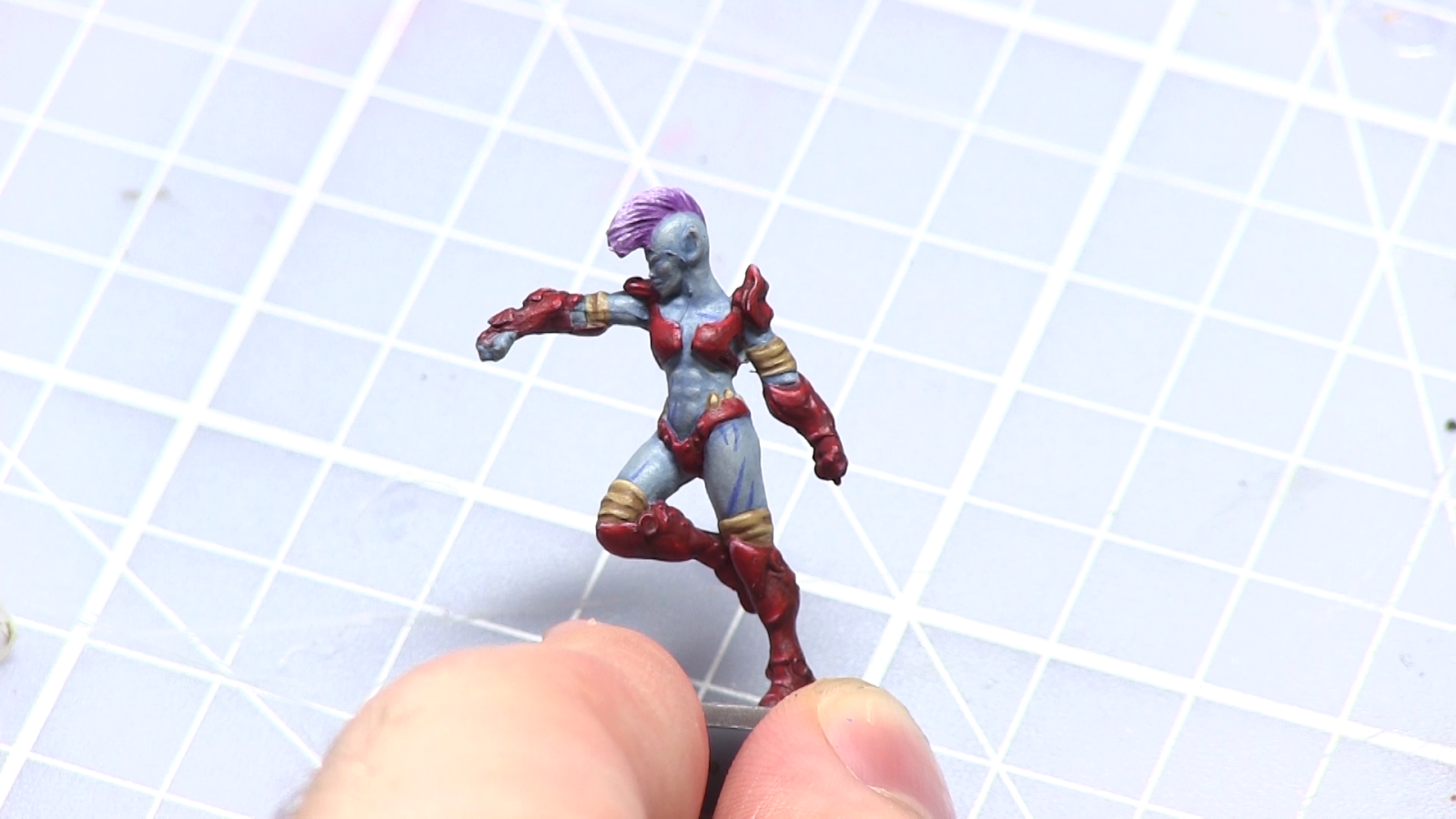 The first step to painting the hair is to cover the entire Mohawk with the Alien Purple. A layer of Toxic Boils should be applied to the upper parts of the Mohawk followed by a Purple Ink wash to blend the two layers together. A 50/50 mix of Toxic Boils and Matt White can then be used to pick out the tips of individual hairs using a thin brush. 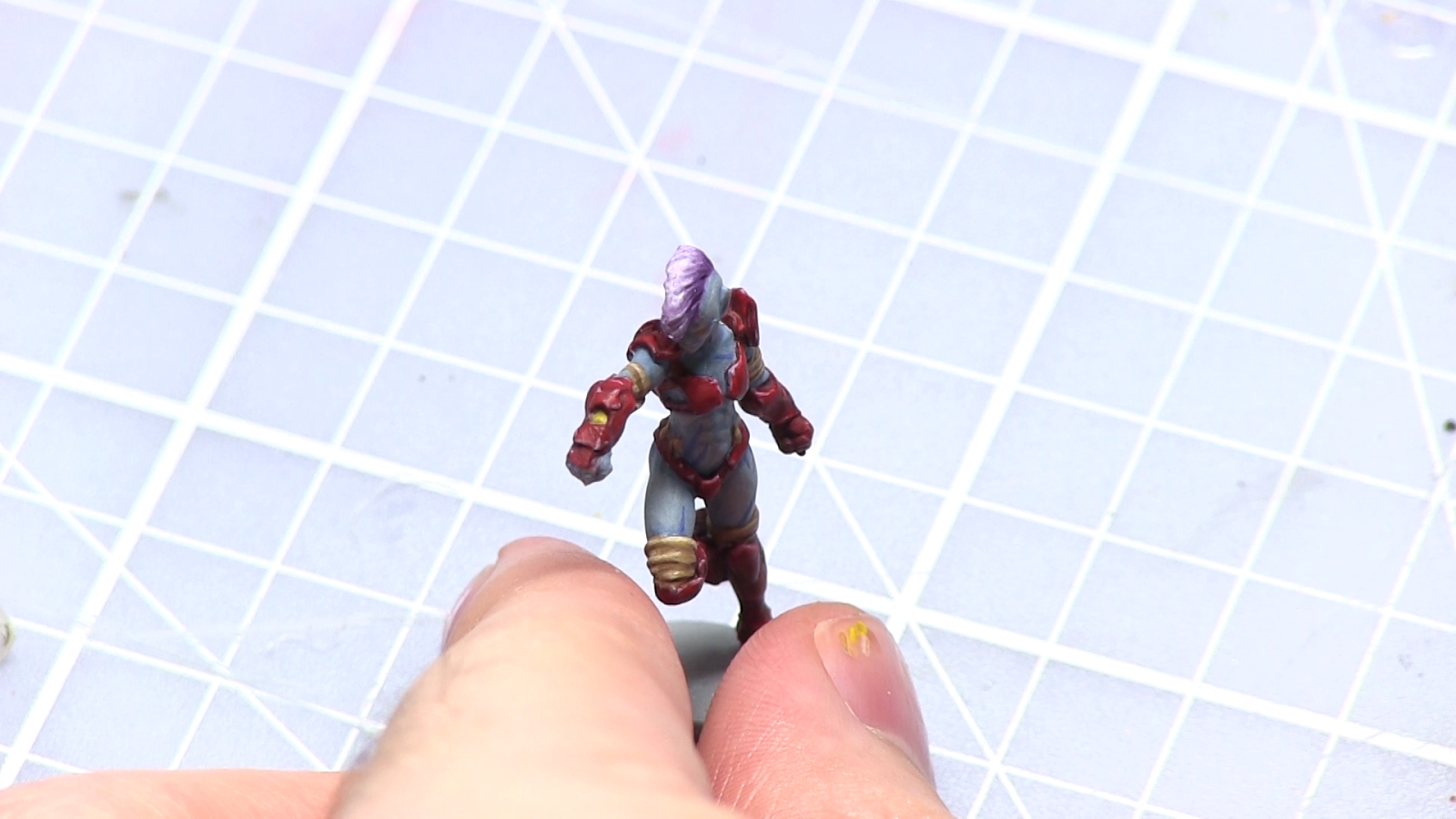 The eyes and the small disc on the glaive should be first painted with Desert Yellow which can then be followed by a Soft Tone Ink wash. Daemonic Yellow should then be applied in a crescent shape around the disc. Finally specks of Matt White should be painted onto the opposite side of the crescent to create a glass effect.

While this tutorial focused on just a Striker these steps could also be followed for any of the Khalysi players. If you enjoyed this DreadBall tutorial be sure to check out our previous tutorial for the Convict Team. Let us know what you thought in the comments along with any other DreadBall teams you would like to see a tutorial for.