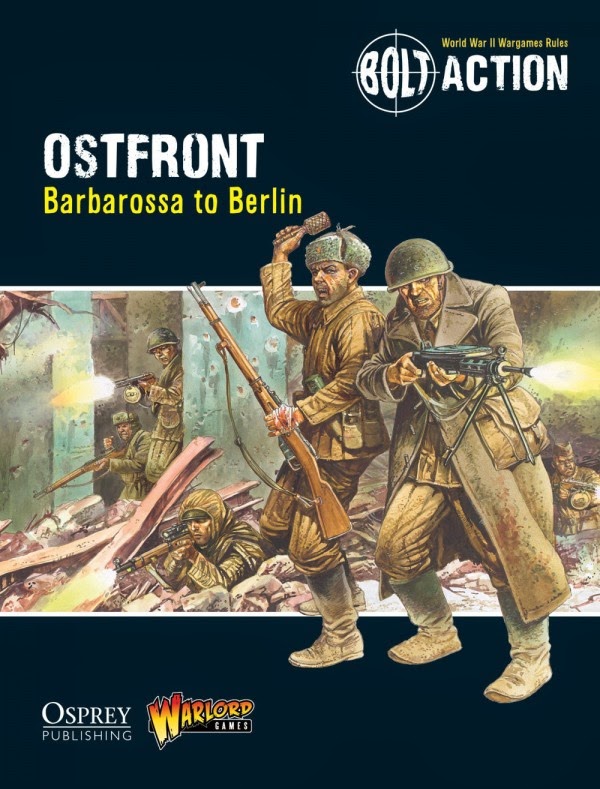 It has been a few months since our last look at the WW2 miniatures game but fans of Bolt Action will be pleased to hear that we will be returning for a fresh round of product reviews and even a painting tutorial or two.

So for our first Bolt Action article of the year we will be focusing on the Ostfront Theatre Book which covers the major battles of Soviets. The book ranges from the early battles against the Japanese forces all the way to Berlin and features scenarios, new units and special rules for recreating these iconic battles. In addition to this article you can find a video review of the book below as well.

The Ostfront Theatre Book contains 12 new scenarios, 2 for each section of the book. These are 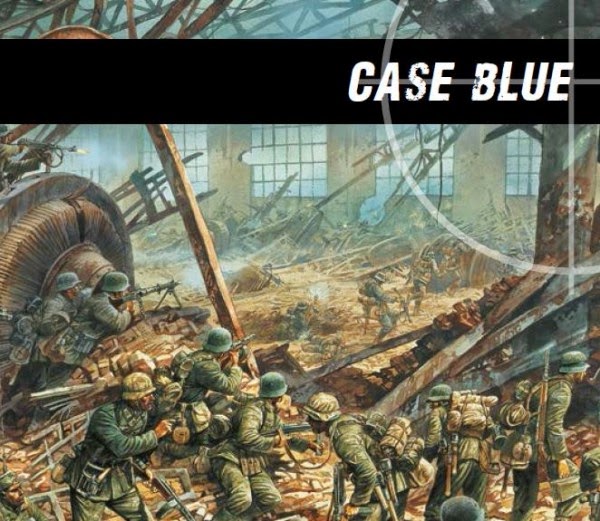 Each of these sections follow a chronological order and feature scenarios based on key battles from that era and location. The scenarios range in style and force composition from the cavalry heavy battles early in the war to the massed tank and artillery battles of Operation Citadel.

To accompany the scenarios there is also a host of special rules to represent certain environments and climates. For the winter war there are rules for representing terrain features such as ice, deep snow
Most interestingly the book includes rules for city fighting which can be used for the Stalingrad and Berlin scenarios. Using these rules you can expand on your own games by featuring sewer movement and heavy amounts of rubble which hinders vehicle movement.

These additional rules add some great depth to the scenarios featured in this book both in terms of strategy and immersion. Having to weigh up the risks of crossing a frozen lake in order to get into a better position really adds an extra layer to a game. 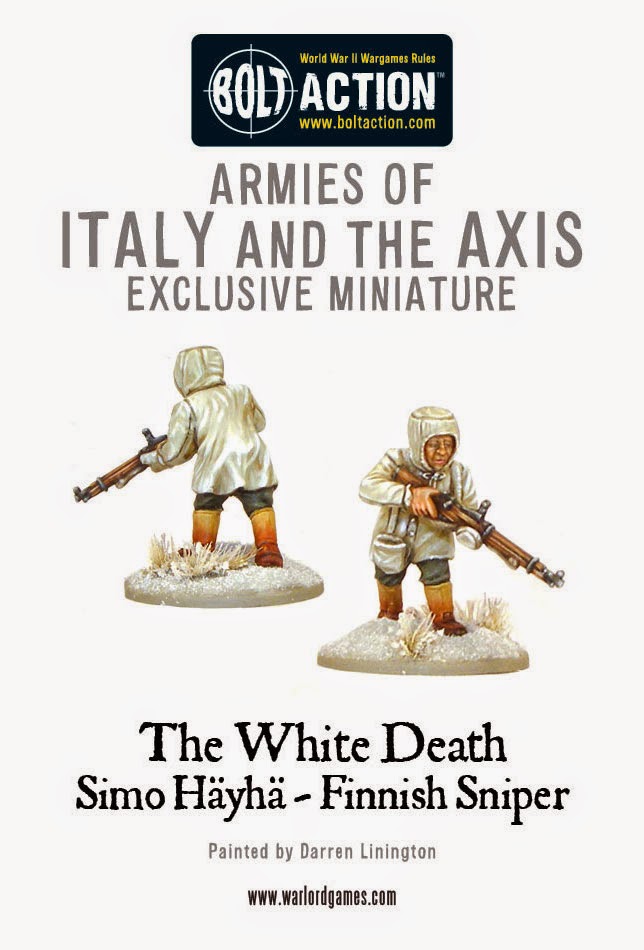 Each section also includes rules for additional units for use by Japanese, German or Soviet Forces. These include new Infantry squads such as the Brandenburgers, German special forces squads who excelled in unconventional warfare. As well as the foot soldiers there is also a whole host of new vehicles and artillery. The new units can be included in your regular games of Bolt Action as well as being featured in the Ostfront scenarios.

The book also features several special characters dubbed the 'Legends of the Ostfront'. These are available for both the Soviets and the Germans and allow you to field some famous names from history such as the legendary Vasily Zaitsez or Simo Häyhä 'The White Death'. Being a cut above the regular soldier they can provide some cinematic moments in your games as well as giving you some extra hitting power in a small package.

As we have come to expect from the Bolt Action rulebooks, Ostfront is packed full of historical information relating to the battles of the eastern front. The text is distributed throughout the book giving background to the battles and characters featured in the book. They also serve to enrich to unit listing by giving detailed accounts of the when that particular unit was deployed, the circumstances of its creation e.t.c.  These snippets of information serve to enrich the scenarios featured in the book and are an excellent addition to any history buffs.

For a more in depth look at the Ostfront check out my video review below.

Having a great personal interest in the eastern European theaters of WW2 this book is fantastic for me. I can now recreate the great battles of Kursk and the claustrophobic house to house fighting of Stalingrad. The scenarios and their special rules are engaging and add new depths of strategy.

The book itself is a fine addition to any library of a wargaming historian. By providing copious amounts of background on the scenarios and units featured in the book it serves the dual purpose of being both educational and a fantastic supplement to Bolt Action.

So if, like me, you want to recreate the fighting on the eastern front in your own Bolt Action games head on over to the Warlord Games Webstore to order your copy now.
By Unknown