Editorial: The Dos And Don'ts Of Running A Kickstarter

With the recent fiasco over the Dust: Babylon Kickstarter it got me thinking about the impact that Kickstarter has had on the wargaming industry. It has taken the funding of new games away from the traditional investors who are indifferent as to what a game is so long as it makes money. This responsibility has then been thrust into the eager hands of wargaming fans for them to make the decisions of which games are worth supporting, It can't be denied that we have an awful lot more choice of wargames as a result of Kickstarter. some of which would never have seen the light of day 10 years ago.

However, I can't help but go back to the problems that backers have had with Dust: Babylon. They have been caught in the middle of a feuding Dust Studio and Battlefront like an overlooked child in a divorce battle. These companies aren't the only ones to make mistakes in their Kickstarters however. So that is why I've compiled a little small list of do and dont's for anyone looking to Kickstarter should consider. These have been compiled over my following and backing of several Kickstarters from the successful to not quite so.  While most are just common sense I have seen them overlooked many times. I won't be naming names in this list but you will probably recognize a few issues from past projects.

I've seen this quite often, companies will estimate a date that their backers will get their rewards by yet fans are still waiting for their goodies several months afterwards. It is certainly an enticing idea to back a project that claims you will have your products in only a few months but all this does is cause resentment if you cannot deliver. Play it safe, overestimate delivery time if you have to. That way no-one can complain if its a little later that you expected and if you deliver early you'll appear to be the peak of efficiency.

Another common mistake, companies will post a project asking for a relatively small funding amount and be completely overwhelmed with support. While this is great in the long run, if a company can't handle that number of orders in one go it will often causes delays and production problems. To remedy this write up contingency plans just in case you get more funding than you expected. You may only be a small production house so consider having to outsource work or scale up production BEFORE the Kickstarter goes live. This will save a lot of time and headaches for both yourselves and the backers. 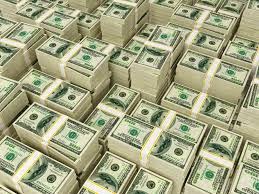 DON'T Ask For Too Much

Quite often a project has been over ambitious and have asked for far too much resulting in them failing to hit their funding goal. Not only does this result in a waste of time and effort on your behalf it won't look good to a lot of people who did back you. Have an idea as to what the minimum required funding is and go with that, just don't go so low as to potentially put the project in jeopardy.

DO Keep Your Backers Regularly Updated

Communication Is Key, I can't stress that enough. Regular updates to provide info on production status is always good practice. It helps to keep backers in the loop an retains interest following the projects end. If you are having problems be open about them, we will appreciate more in the long run. There is nothing worse than hearing nothing for several months before finding out a week before the due date that the factory burnt down 2 months ago. If you are having problems keeping communication stops people of speculating and coming up with damaging rumors.

DO Engage With The Community

As I mentioned before communication is key but this also spreads to other avenues such as social media, forums, gaming groups, blogs, conventions and more. Engage with people online or face to face to build up both awareness and hype for your project. Approach wargaming bloggers or sites such as ourselves in order to help spread the word. It's free and easy enough to do but can help secure that funding goal.

DO Have A Good Range Of Backer Levels

Its great to have the option of a $1 pledge level that will grant access to add-ons and any backer kits. Some people either don't have the interest or space for 100's of miniatures but still want access to that snazzy looking Special Character. It also helps out those who are little lacking in funds allowing them to add to their pledge once their finances are in better shape. If you're lowest pledge level is $100 you are going to be loosing out on a lot of potential support.

DO Make It Clear What The Backers Will Get

Sometimes it is not always clear what a certain pledge level gives you access to and this can be off putting. Make it as clear as you can by making use of text and images to give backers a definitive list of what they can expect to receive. Also be prepared to keep these updated as freebies are unlocked via stretch goals e.t.c

This is by no means a definitive list of things to be aware of when running a Kickstarter. There are plenty other factors to consider but, from a backers point of view, these are the ones that really help to make ours a better experience.

If you have any Dos and Don'ts of your own let us know in the comments.
By Unknown