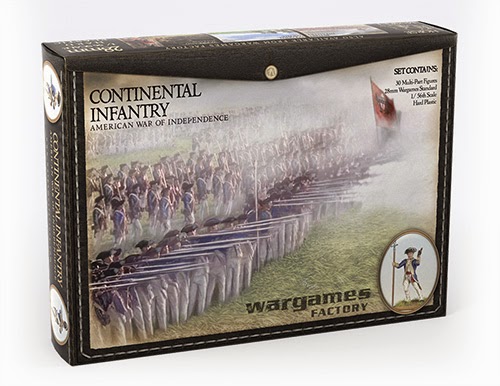 We once again return to the American War of Independence in our second Wargames Factory Unboxing. This time it is the Continental Infantry's turn beneath the spotlight of scrutiny following on from or look at the Colonial Militia last week.

The Continental Infantry kit contains enough hard plastic parts to build 30 Infantry with a variety of equipment, uniforms and poses. The box contains 2 infantry sprues and a command sprue which contains parts for a sergeat, color bearer and a musician. In addition to this you also receive 30 25mm square bases.

The kit allows you create several different unit types including Line Infantry and Light Infantry. These two main variations come in the form of two main types of uniform; a long tailed coat for the Line Infantry and a shorter coat for the Light Infantry. To accompany these are a variety of different heads and headgear including cocked hats, round hats and the crested caps of George Washington's Life Guard. There are a selection of different weapon poses to choose from allowing you create soldiers who are at ease, reloading or taking aim. Finally there are also a number of sabers and other equipment which can be added to the miniatures for further customization.

As with the Colonial Militia, the miniatures consisted of 4 parts, a torso and legs, a right arm (which usually featured a rifle), a left arm and the head. 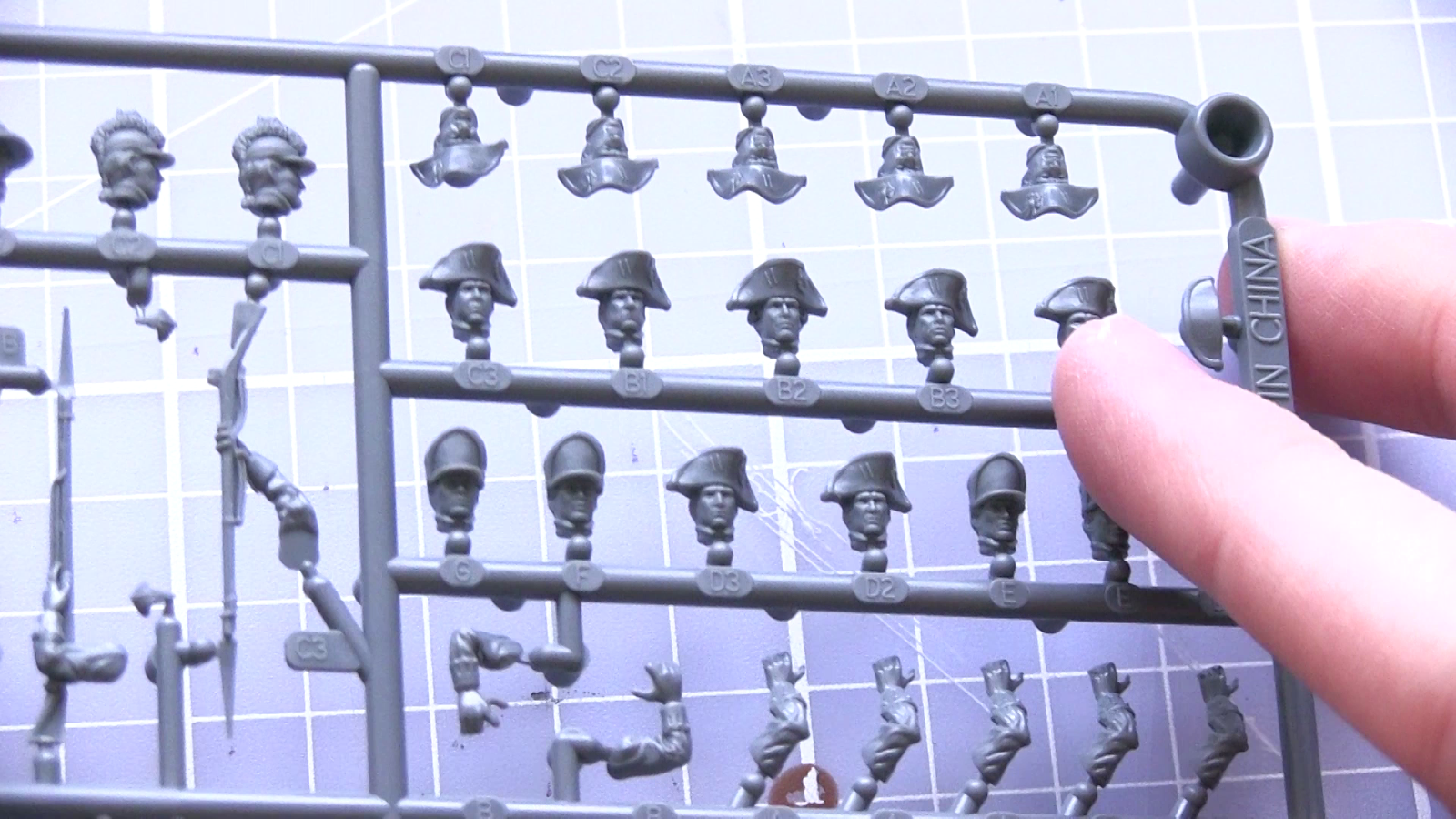 The lettering on the sprue combined with a detailed instruction sheet  made assembling the miniatures extremely easy. The sheet not only featured the aforementioned sprue lettering but also color coded parts to indicate which work with which.

I had very few mold lines to remove from the parts meaning time wasn't spent laboring away and prepping the miniatures. The hard plastic also made for a much easier assembly as it was easier to cut and plastic glue could be used. 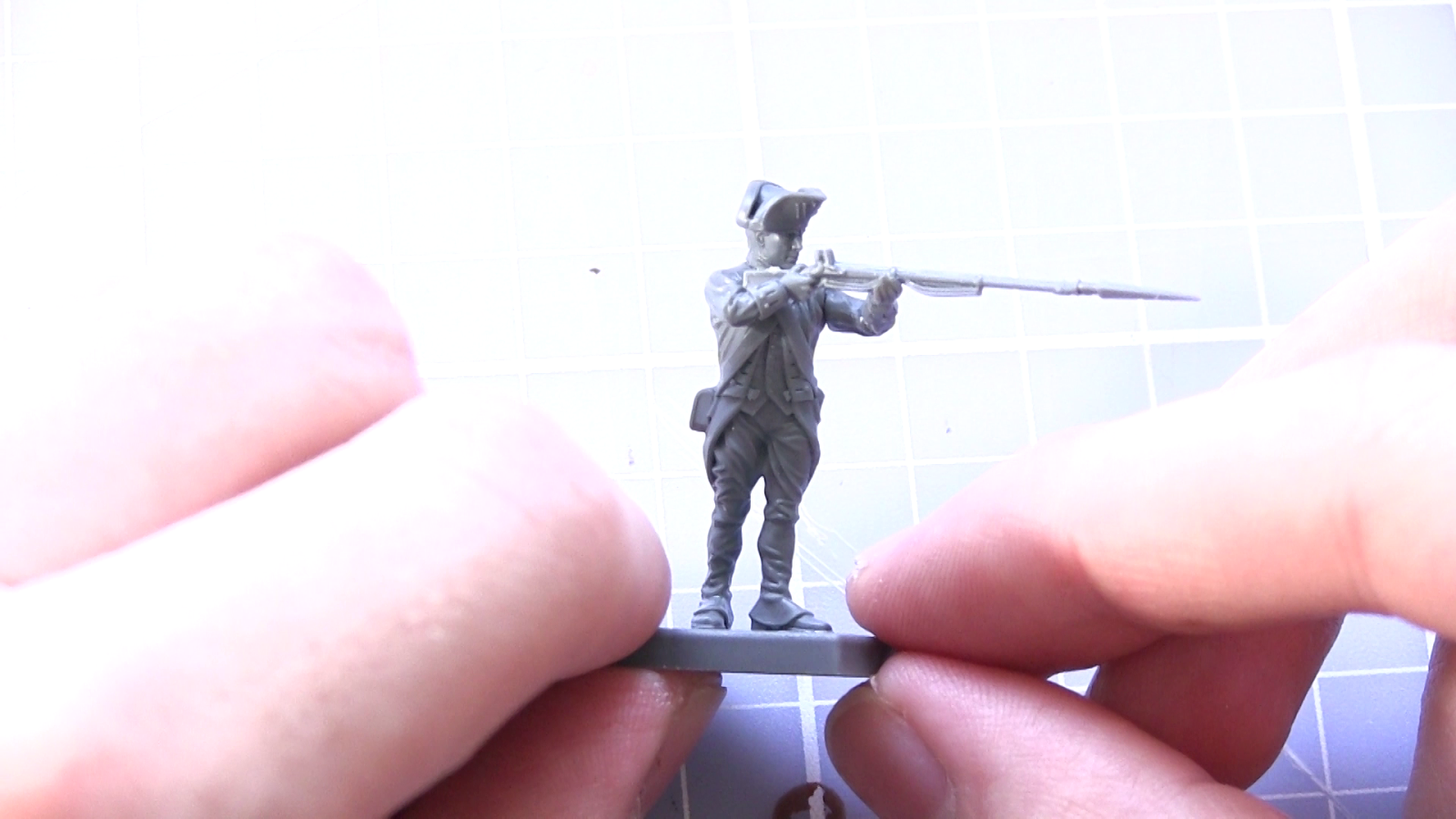 The Colonial Militia are in 1/56th scale which puts them in the standard 28mm range of wargaming miniatures. They are slightly taller than other 28mm wargaming miniatures but this is probably due to their more realistic proportioning as opposed to the larger hands and heads of heroic scale miniatures.

Wargames Factory has once again excelled itself in ensuring that the fine details have not been overlooked. The sculpting of the fabric is also wonderful and represents the folds and creases of real fabric fantastically.

Wargames Factory American War of Independence range continues to impress me with some excellent sculpts great and attention to detail. What is also great about the kit is that for $24.95 for 30 miniatures is wonderful value for money. 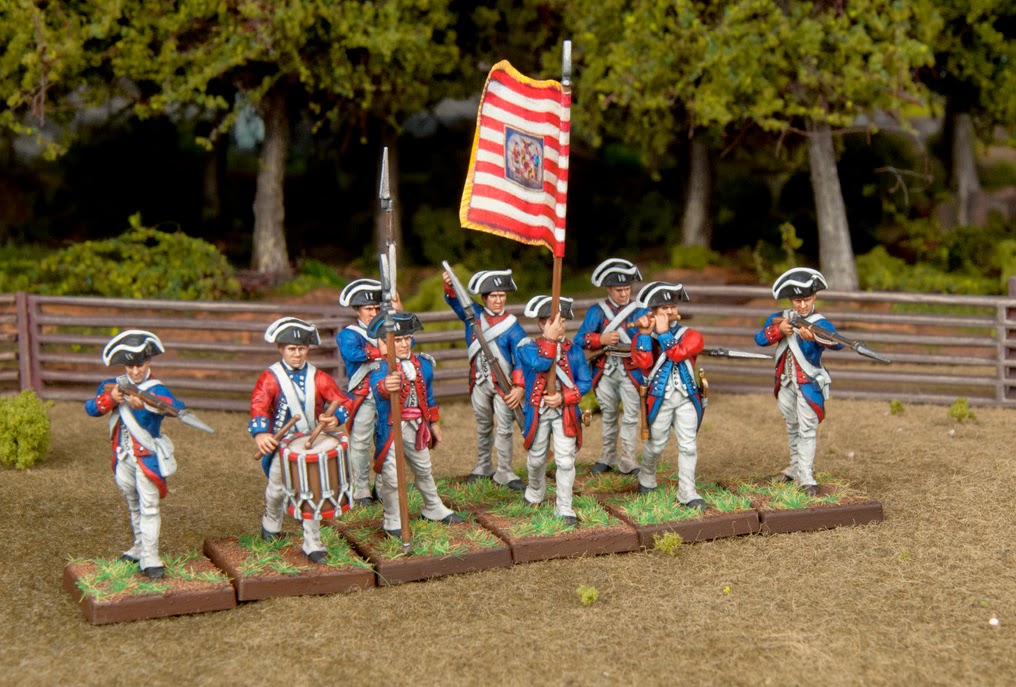 Overall, the Continental Infantry is a great option for anyone looking to pick up some fantastic looking American War of Independence miniatures for a good price. A full unit painted up in the colors of George Washington's forces would look great as either a display piece or on the battlefield. If you are interested in picking up your own set then head over to the Wargames Factory Webstore. Be sure to check back again next Monday for a look at a another set from the same range, the British Infantry.