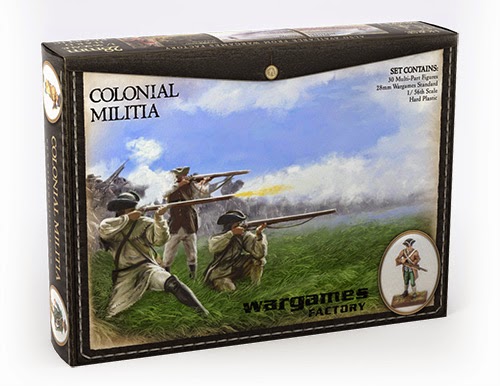 I will be taking a departure from the usual sci-fi and fantasy genres in this unboxing and focusing more on the historical side of wargaming. In particular I will be looking at the Wargames Factory American War of Independence range. There have been 3 recent additions to this collection and over the coming weeks I will be unboxing all of them. So lets begin the series with the Colonial Militia.

The hard plastic kit contains enough parts to build 30 colonial militia with a variety of equipment, uniforms and poses. The box contains 3 identical sprues allowing you to construct 10 miniatures from each and a final fourth sprue which features 25mm square bases.

The kit comes two main types of uniform; 18th century civilian clothing and fringed hunting shirts. To accompany these are a variety of different heads and headgear including knitted caps, round hats and tri-corn hats. There are a selection of different weapons in which to arm your miniatures with which include muskets and long barreled, rifled muskets. There are also several hatchets and sabers which can be added to the miniatures as well.

The miniatures mostly consisted of 4 parts, a torso and legs, a right arm (which usually featured a rifle), a left arm and the head.

Assembling the miniatures was made exceptionally easy by a combination of sprue lettering and instruction sheet. The sheet detailed the sprue and featured colored parts to identify which arms could be used with which torso. When this was combined with the lettering of the parts it meant that the
need for trial and error was removed.

The casting quality of the sprues was also excellent as there were little to no mold lines on the parts. The hard plastic meant that plastic glue could be used and that the few mold lines I did encounter were easy to remove. 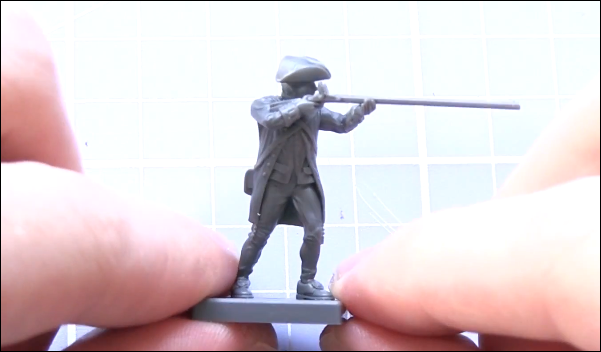 The Colonial Militia are in 1/56th scale which puts them in the standard 28mm range of wargaming miniatures. They are in true scale as opposed to the heroic scale of games such as Warhammer.

The detailing on the miniatures is excellent and details such as button holes in jackets have been picked out. The fabric has also been finely done with creases and folds in precisely the areas you would expect them to be.

After  taking a look at the miniatures I can say that they are probably some of the best miniatures that Wargames Factory has produced to date. Not only are the sculpts great but the styling is also fantastic. I especially like the rag tag appearance of the miniatures which stands them apart from the more formal military units. 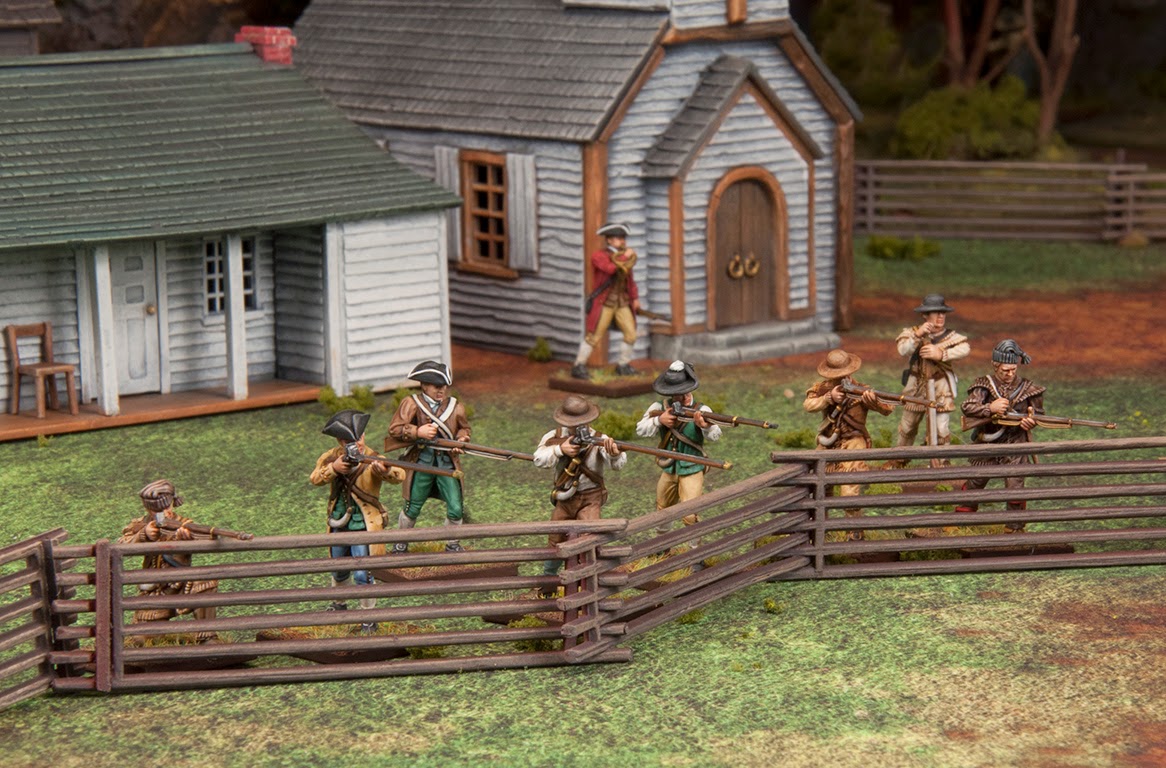 At $24.95 for 30 miniatures the kit is also excellent value for money, for similar quality miniatures you could be looking at a similar price for only 10 miniatures.

My one gripe about this set is that, apart from hatchets and sabers, there is little in the way of equipment to customize the miniatures with. While most of the bodies come with pouches and tools already sculpted to them in would have been preferable if they were separate. This would allow for a much greater degree of customization and variation among the units.

Overall, this kit is a great option for anyone looking to pick up some fantastic looking American War of Independence miniatures for a good price. Be it purely for display or if you want to take them to the battlefield you cannot go wrong with the Colonial Militia set. If you are interested in picking up your own set then head over to the Wargames Factory Webstore. Be sure to check back next week when we will be taking a look at another set from the same range, Continental Infantry.