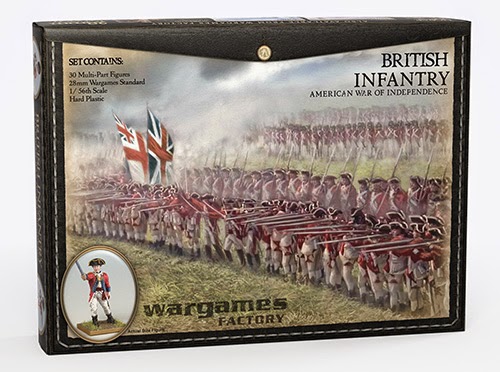 The British are coming in our final look at Wargames Factory's American War of Independence range. We will be unboxing and taking a look at the assembled miniatures from the Brtisih Infantry kit.

The British Infantry kit contains enough hard plastic parts to build 30 soldiers in any of three variations. The box contains 2 infantry sprues and a command sprue which contains parts for a sergeat, color bearer and a musician. In addition to this you also receive 30 25mm square bases.

The great range of parts allow you build either Greandiers, Line Infantry or Light Infantry. These variations are allowed by a range of different heads and bodies which come with the kit. Bear skin hats and "winged" long coats can be used to craft Grenadiers, cocked hats and uniforms with blank soliders make up the line infantry and finally the short coats and round hats/helmets can used to be build the light infantry. This kit gives the most variety of units of the current AWI range.

While several of the bodies are duplicates of those seen in the Continental Infantry set this isn't really a problem. It simply furthers the point of how interchangeable the sets are as well whilst still being historically accurate.

Finally there are also a number of sabers and other equipment which can be added to the miniatures for further customization.

As with the previous kits, the miniatures consisted of 4 parts, a torso and legs, a right arm (which usually featured a rifle), a left arm and the head. 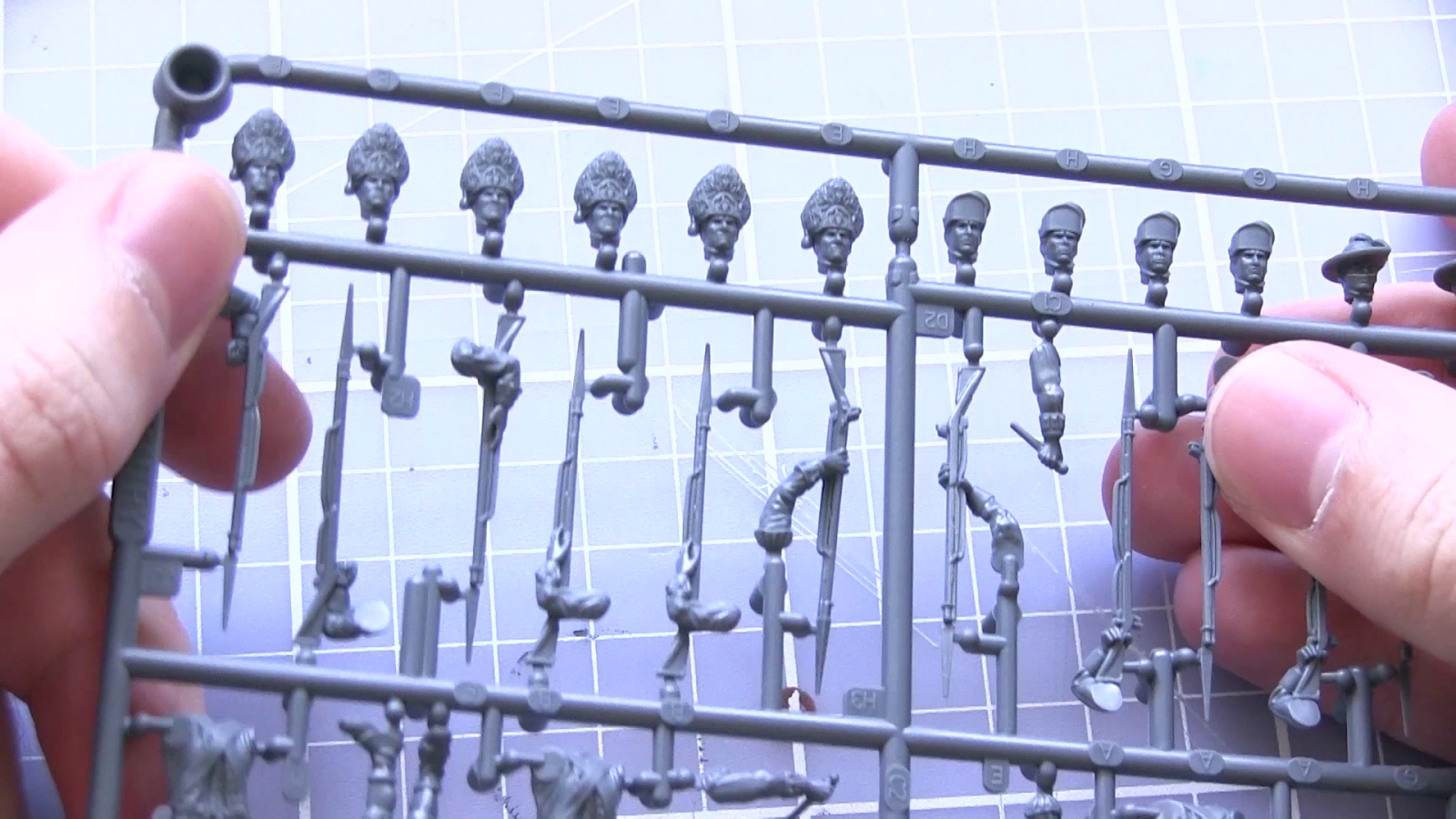 The lettering on the sprue combined with a detailed instruction sheet  made assembling the miniatures extremely easy. The sheet not only featured the aforementioned sprue lettering but also color coded parts to indicate which work with which.

In addition to the handy lettering and coloring the instructions also gave guidance on which parts should be used together in order to create a particular unit variant.

The casting quality was excellent as I was left with very few mold lines to remove from the parts. This made prepping the miniatures for assembly much easier. The hard plastic also made for a much easier assembly as it was easier to cut and plastic glue could be used. 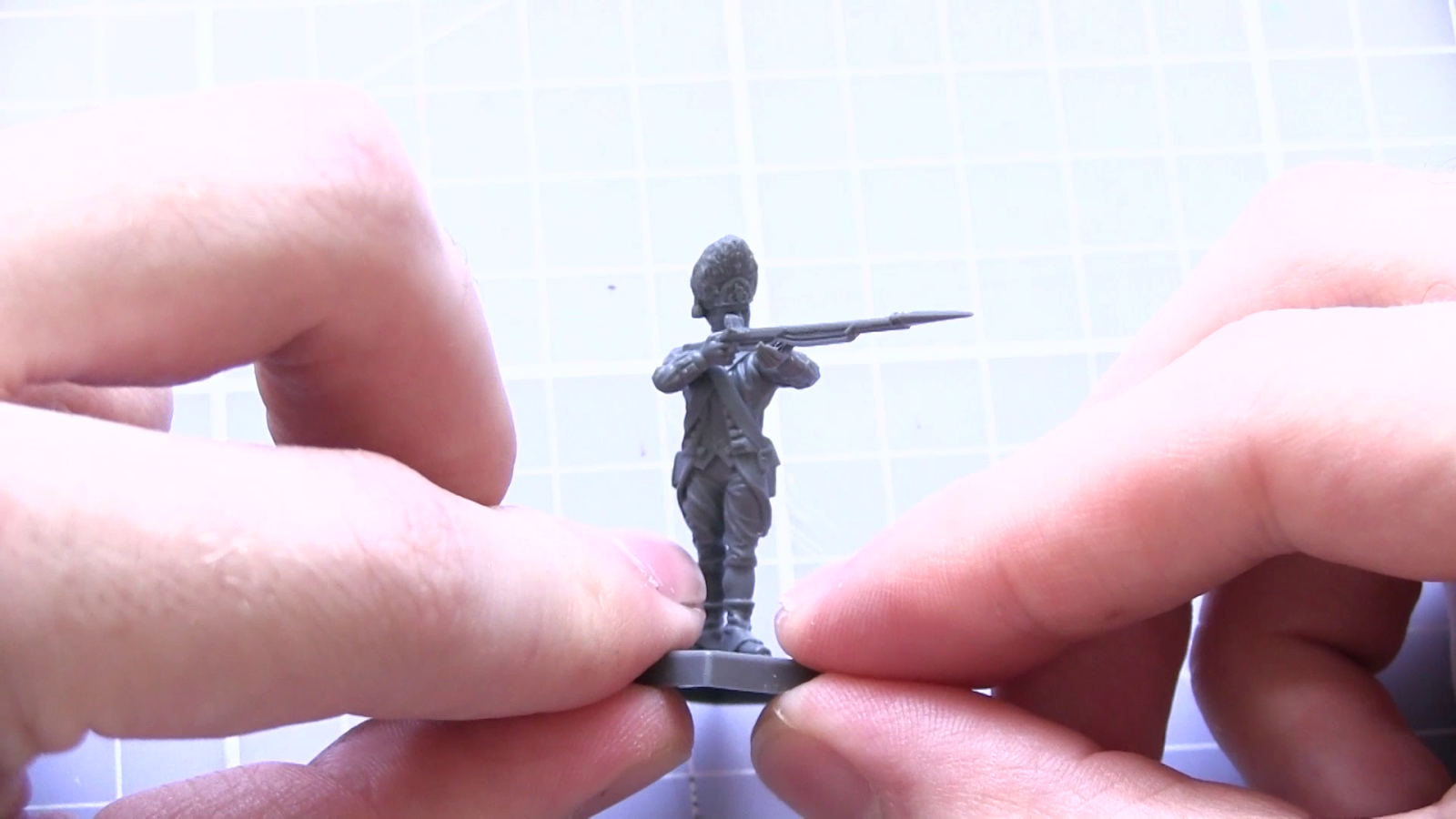 The British Infantry are in 1/56th scale which puts them in the standard 28mm range of wargaming miniatures. They are slightly taller than other 28mm wargaming miniatures but this is probably due to their more realistic proportioning as opposed to the larger hands and heads of heroic scale miniatures.

The detailing in the miniatures is as we have come to expect from this range, fantastic. As I have
already mentioned, the sculpt of the fabric is extremely realistic and is probably one of these miniatures greatest strengths. 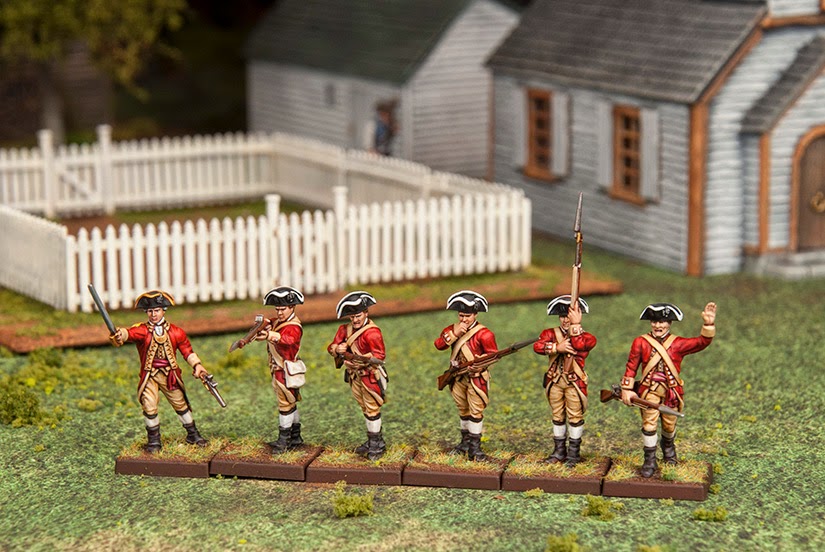 So with our look at the Wargames Factory American War of Independence range complete I can safely say how amazed I was by all the miniatures I have reviewed. Wargames Factory really have come on leaps and bounds with their kits and the the AWI range is testament to that. There are few places where you can pick up miniatures that are as well crafted as these at only $24.95 for 30
miniatures.

Overall the British Infantry, and the rest of the range, is an excellent choice for the historical wargamer or collector. They tick all the boxes and while their are a few niggles, they stand slightly taller than other 28mm miniatures. these can be overlooked when you consider just how good they look.