Tutorial: How To Make A Tapered Hill - Part 2

Welcome to Part 2 of How to Make a Tapered Hill, in case you haven't already be sure to check out Part 1 first. With the hill built it is now time to start work on painting it and adding some foliage.

Remember, if you found this tutorial useful why not head on over to the Scenic Forge Facebook page to check out some more examples of Nicks work.

N.B Nick refers often to a store called Wilkos which is a general hardware store here in the UK. 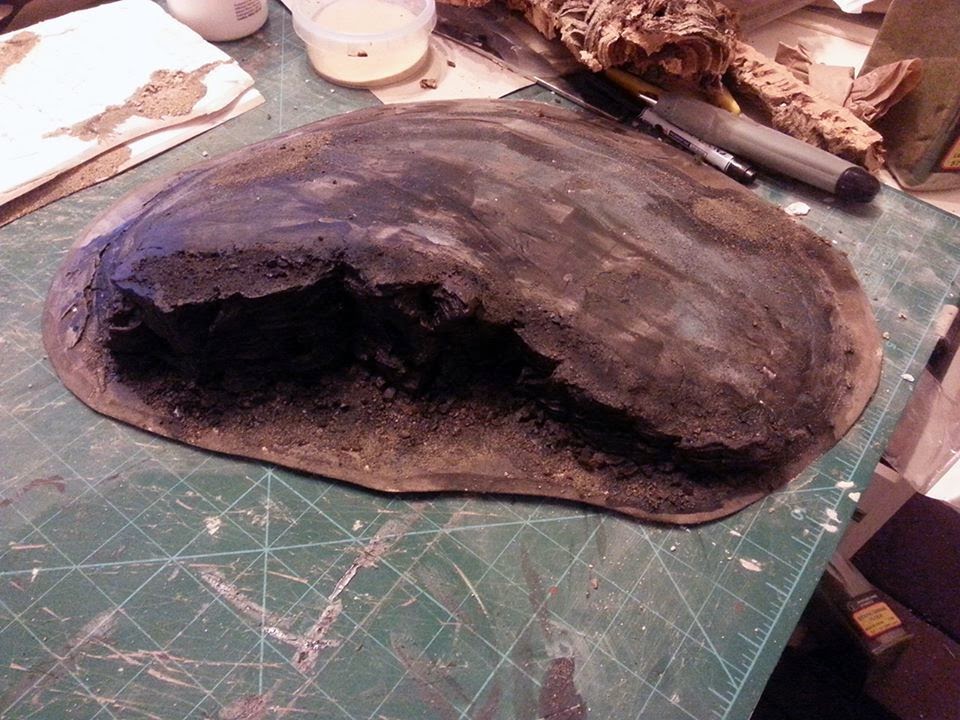 Seal the entire piece with PVA. I mix black paint into the PVA to not only seal the piece but give it a basecoat too. It also helps to highlight any spots you missed, which might not be apparent if you use regular PVA.

DO NOT SPRAY PAINT ON A SEALANT SUCH AS VARNISH. The majority of spraypaints contain solvents which melt styrofoam. It's bad. Don't do it. Just paint it by hand - won't take long.

The reason this has been sealed is that the majority of the materials used (styrofoam, MDF, cork bark, polyfilla) absorb paint like a sponge. It makes it very hard to work with. Sealing the terrain also helps with its durability.

These are the paints I'm going to be using. 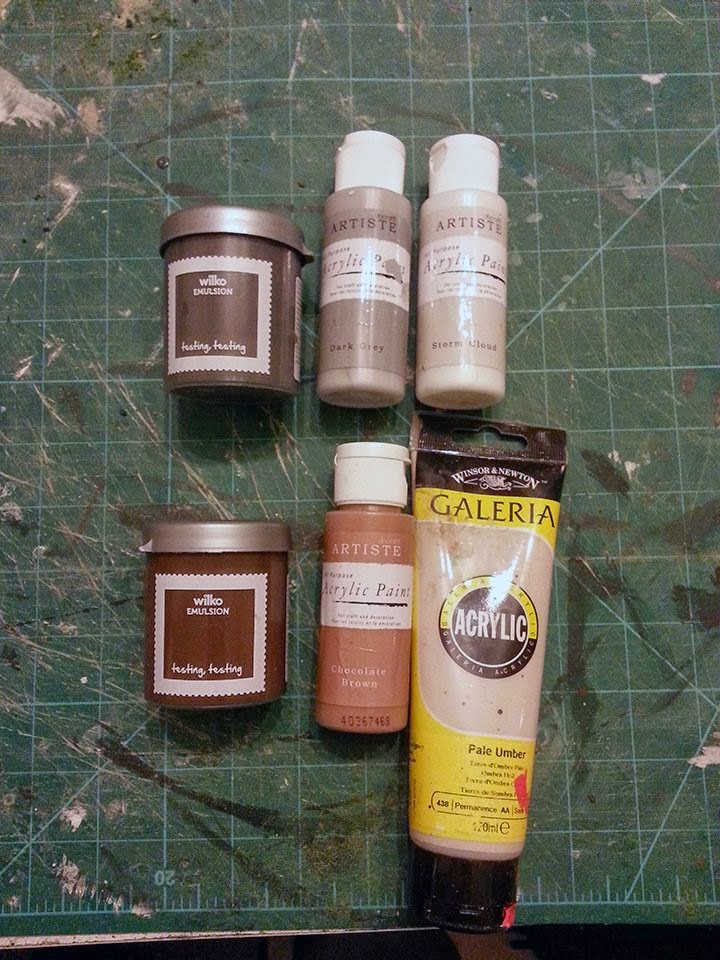 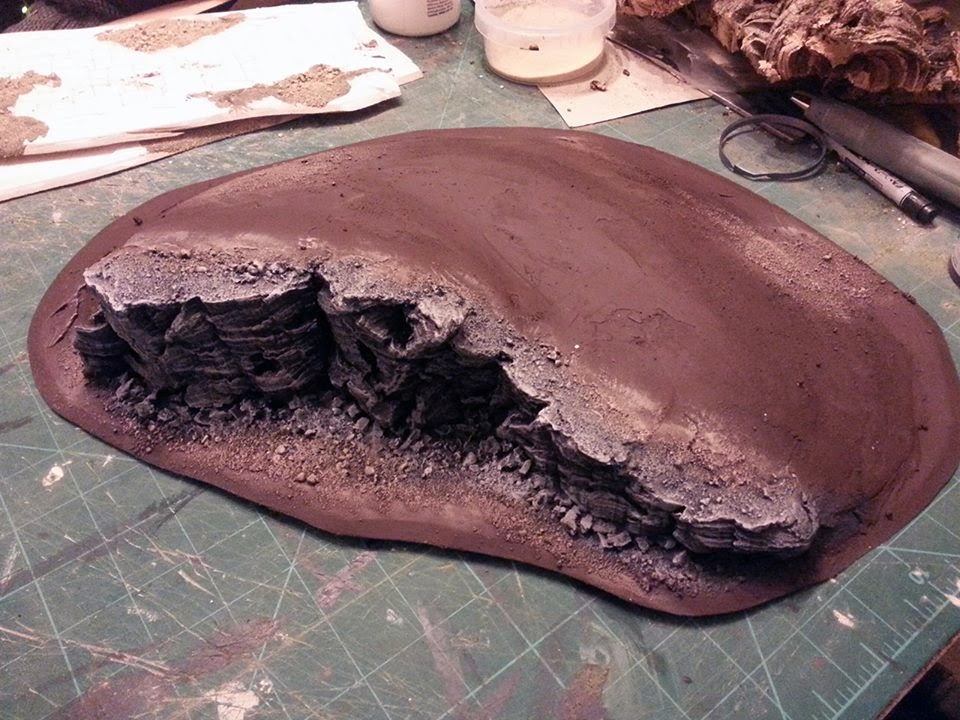 Paint the basecoats on, then drybrush the two highlights in successive layers. Always remember with drybrushing that it's better to have too little paint on your brush than too much - if in doubt, wipe more paint off before starting the drybrush.

Don't be tempted to skip the mid-tones. They add a lot of depth. 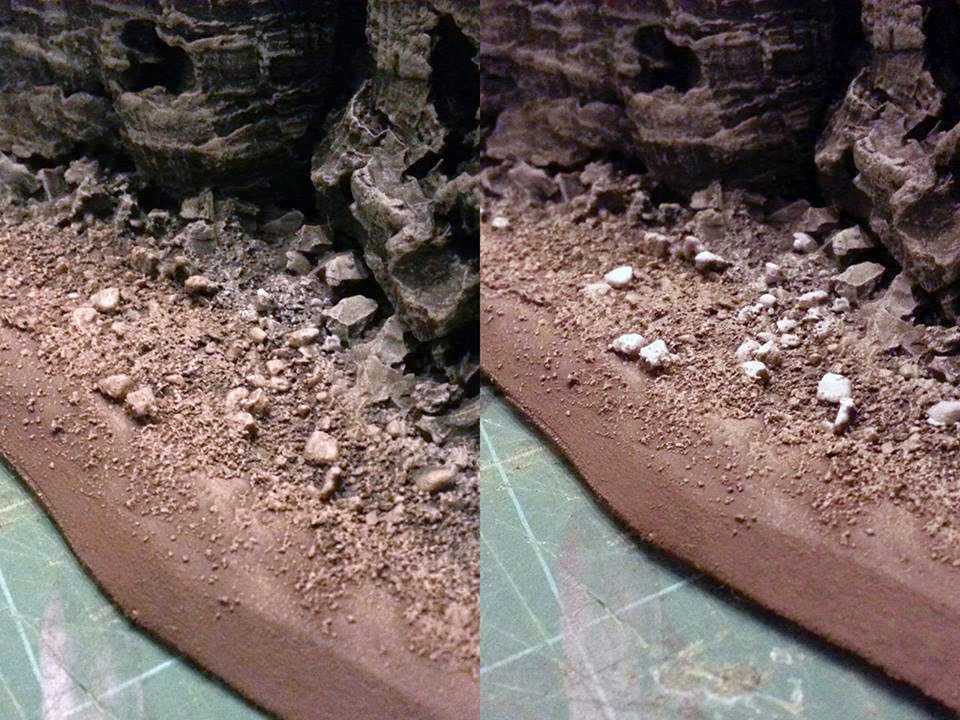 Once the drybrushing was done, I went back and painted in the rocks with the mid grey. This is one of those "small details make a big impact" things and is well worth the 5 minutes taken. 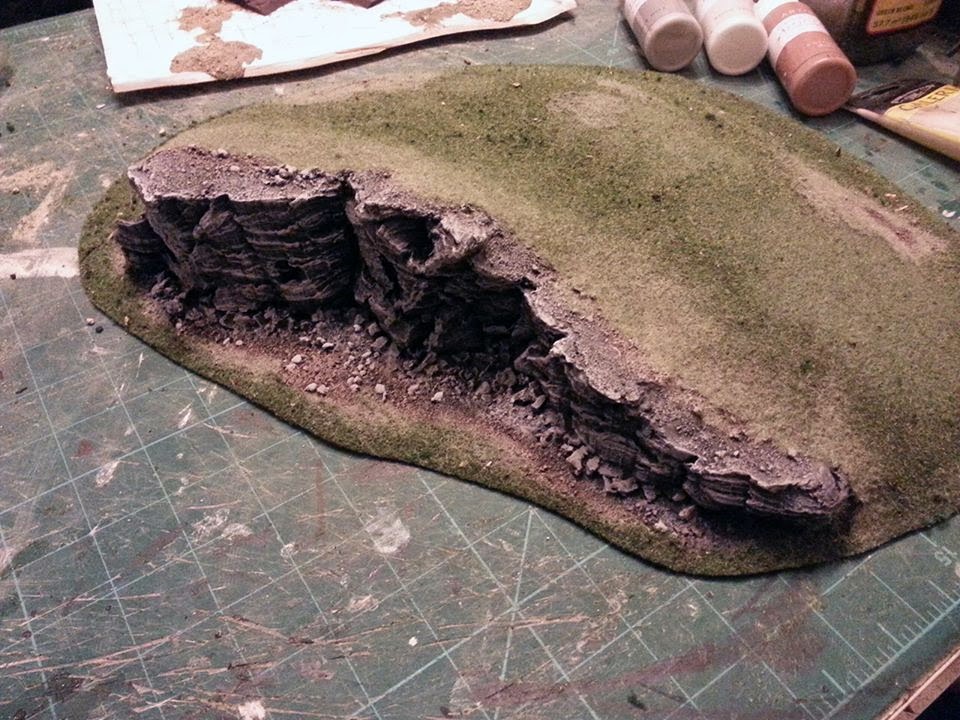 Next it's flocking time. Glue your flock down with watered down PVA. See the last photo in this album for a note on the flock mix I use.

When it comes to the dirt areas, try not to just dump flock over the transition - instead sprinkle it on so that it's a smooth, rather than abrupt transition.

Try to use two different shades of flock (at least). Use a lighter shade for edges, such as where it meets rock and for higher ground. Use darker shades where water would naturally collect.

If you don't have two shades of flock, or struggle to find a good highlight, you can replicate this effect by drybrushing the grass (after it's dried!) with a very light brown or a darker green. 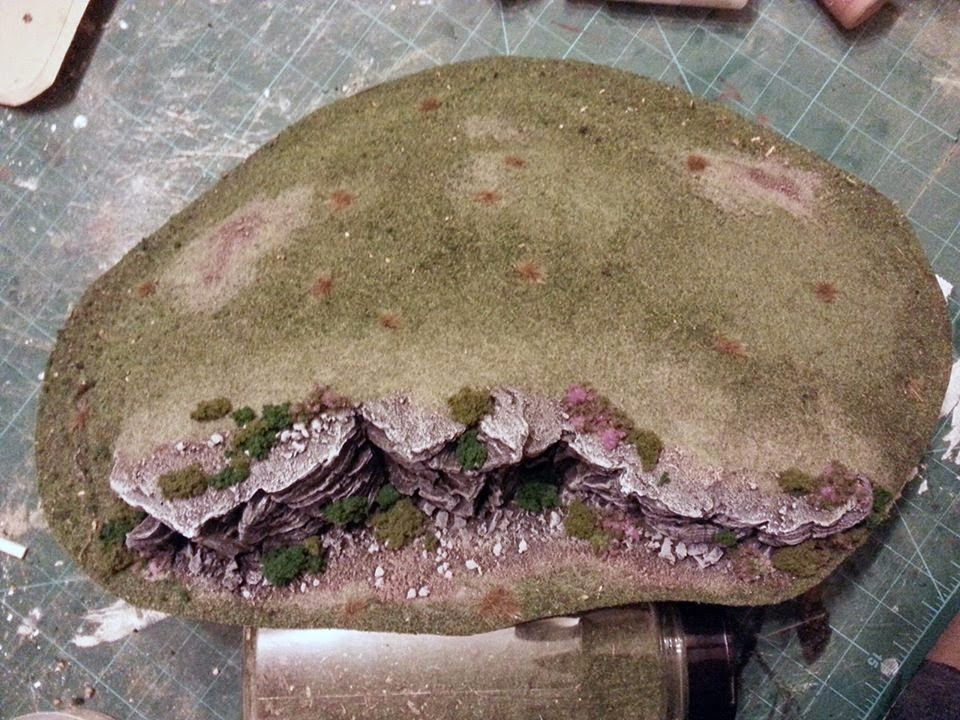 At this point the only thing to do is to varnish it. I only ever really use matt varnish but I know some gamers have a preference for satin or gloss varnish.

Now that the entire thing has been sealed and painted, you can use a spray varnish without worry of it melting the styrofoam. Always check the weather and temperature outside before using spray varnish - you don't want to get the dreaded frosting effect. As long as the temperature and humidity isn't too extreme then you should be fine. 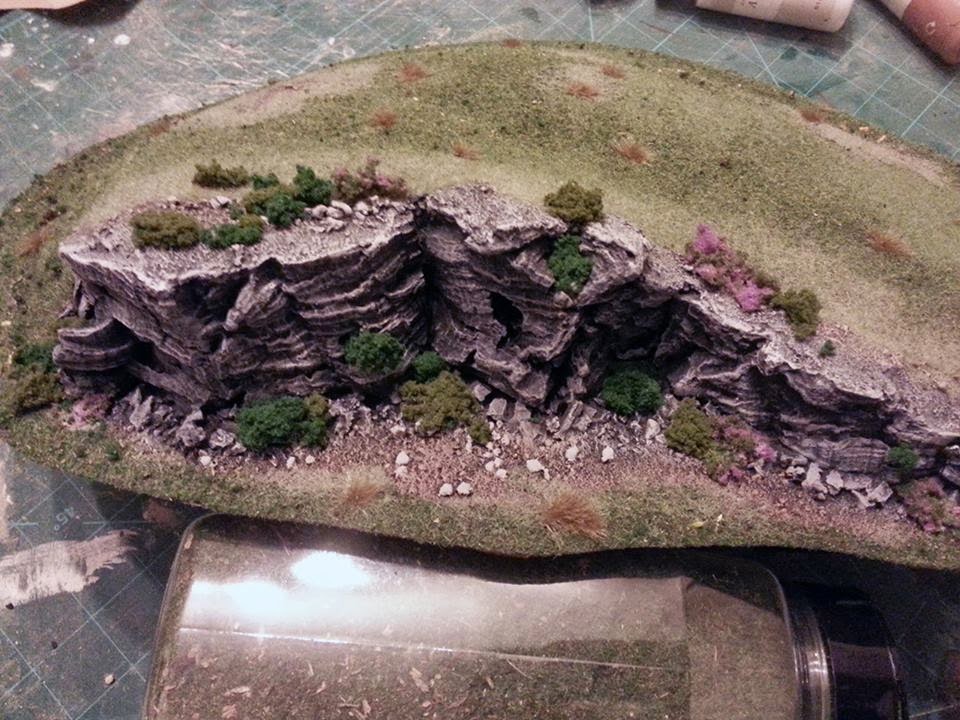 While it also adds detail, clump foliage is really useful for covering up any mistakes such as spots missed during texturing or painting, or any spots where you screwed up the drybrushing with too much paint on the brush.


And there you have your completed Tapered Hill. Check out the Scenic Forge Facebook page for more examples of Nicks work or to hire him for a commission.