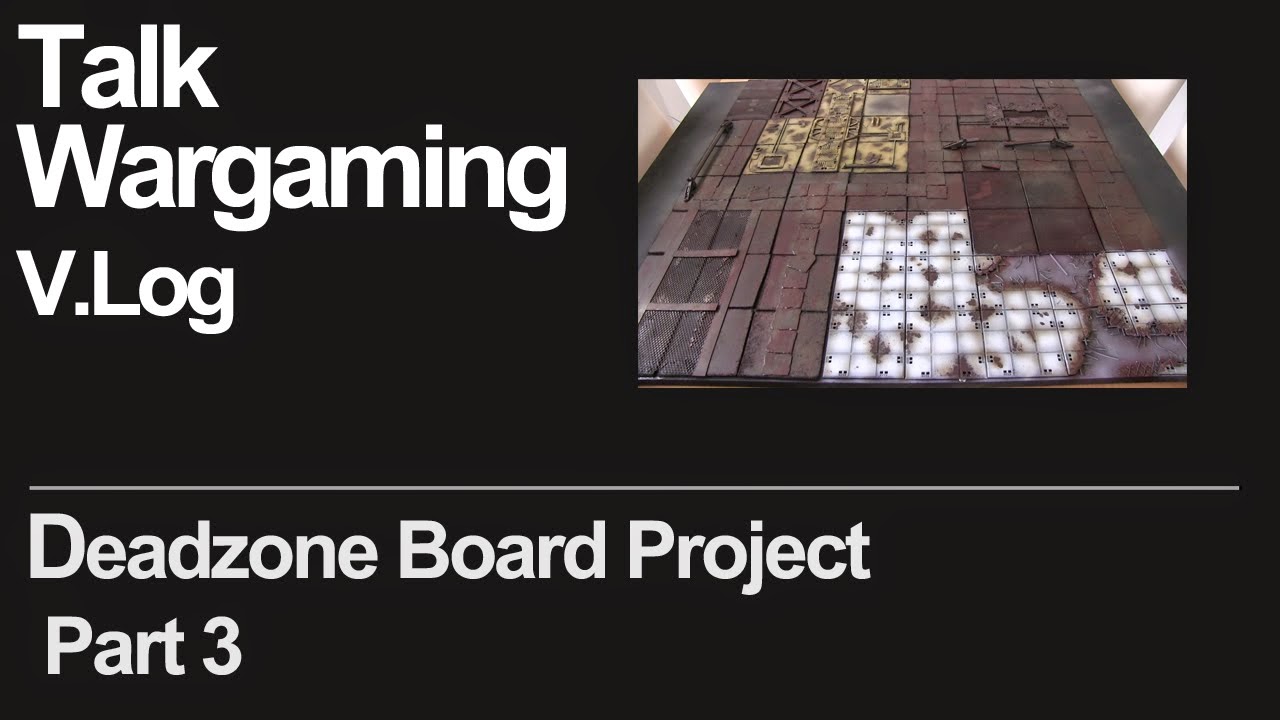 Welcome to Part 3 of my Deadzone Board project log. If you want to get some background or see my progress so far be sure to check out Part 1 and Part 2. Whilst finding time for the Deadzone Board has been a little tricky as of late progress is still being made, albeit slowly. At the end of my last log I had a completed board base. In this edition I will be applying the first few layers of paint.

The first task was to prime to the board, for this I used some generic black spray primers. This took an ungodly amount of time as I had forgotten to seal the MDF and it greedily soaked up most of the paint. Half a can later and I had finally been able to sate the MDFs thirst for spray primer. The next step was to use lightly dust the surface with a layer of The Army Painters Gun Metal spray primer to give it a slightly metallic look. 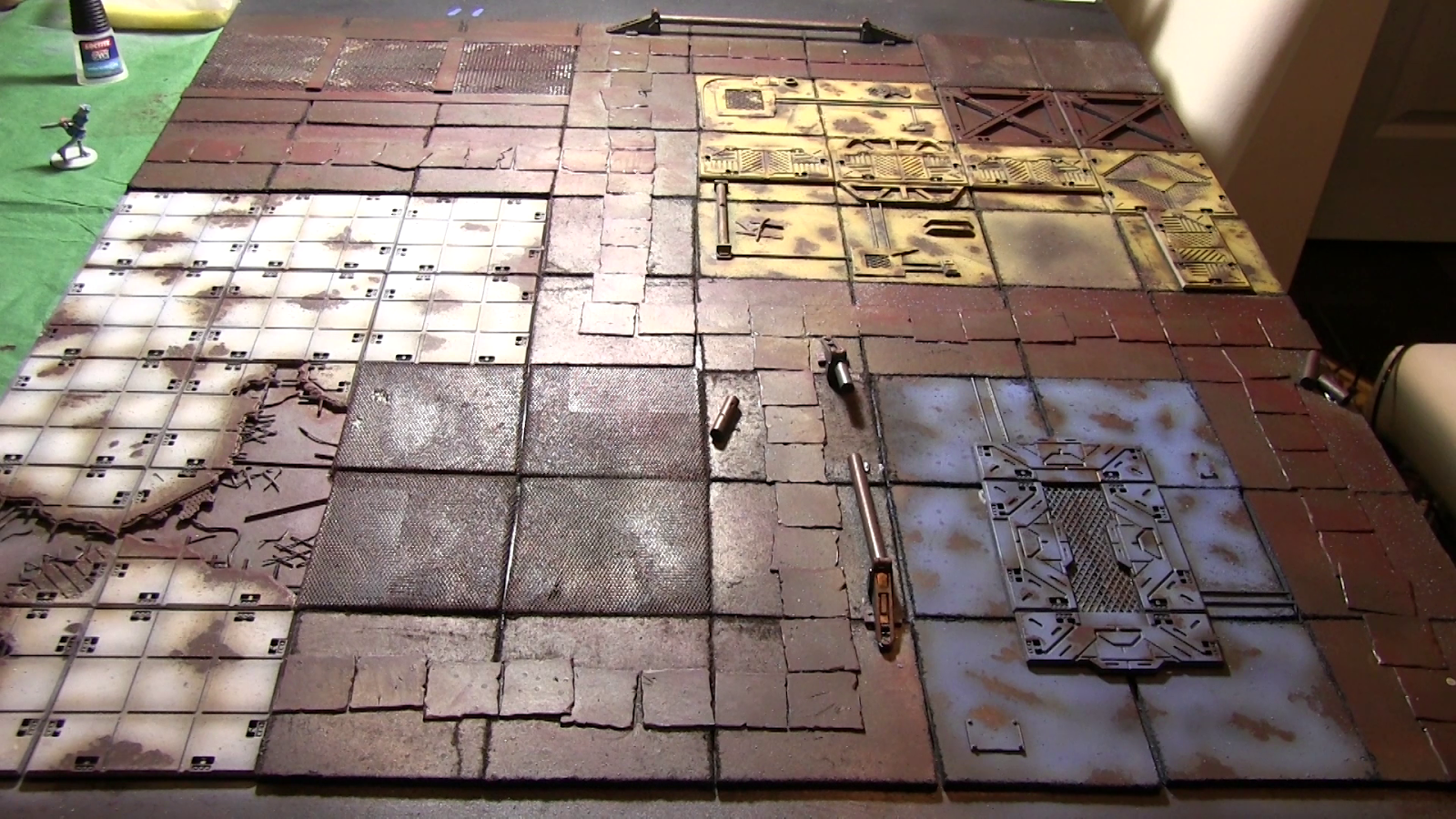 Once the primers had been given sufficient time to dry I made a start on the rust layer which would show through the painted layers. This was achieved by roughly painting on a mix of brown and red acrylics, leaving some metallic areas showing through. The overall effect was that of a sheet of metal that had been left in mud for a few months.

The next task was to then paint the rooms. Each room would be painted using an airbrush and salt weathering (hence the reason for the rust layer). Using a brush I wet several patches across the floors of the rooms and sprinkled salt onto them. When the excess was knocked off the result was patches of salt stuck to the surface. I was then able to spray over the top of them using a airbrush. When this was completed I remove the salt with a stiff brush and thus revealing the untouched rust layer beneath. This had the overall effect of a corroded metal floor. For brief tutorial of how I did this check out my VLog below:

Before I go ahead with the walls the base still needs a little more work. I will need to complete all of the rooms floors and corridors before I start building upwards. There are still several rooms left to paint as well as the corridors which will be painted grey to contrast against the colored rooms. Once the base colors have been applied i will then be furthering the weathering with some drybrushing and ink washes.


If you are enjoying this project log let us know in the comments and be sure to subscribe to us on YouTube to be kept up to date with our latest video logs.